Millions under lockdown in China, US fights unprecedented COVID-19 spread 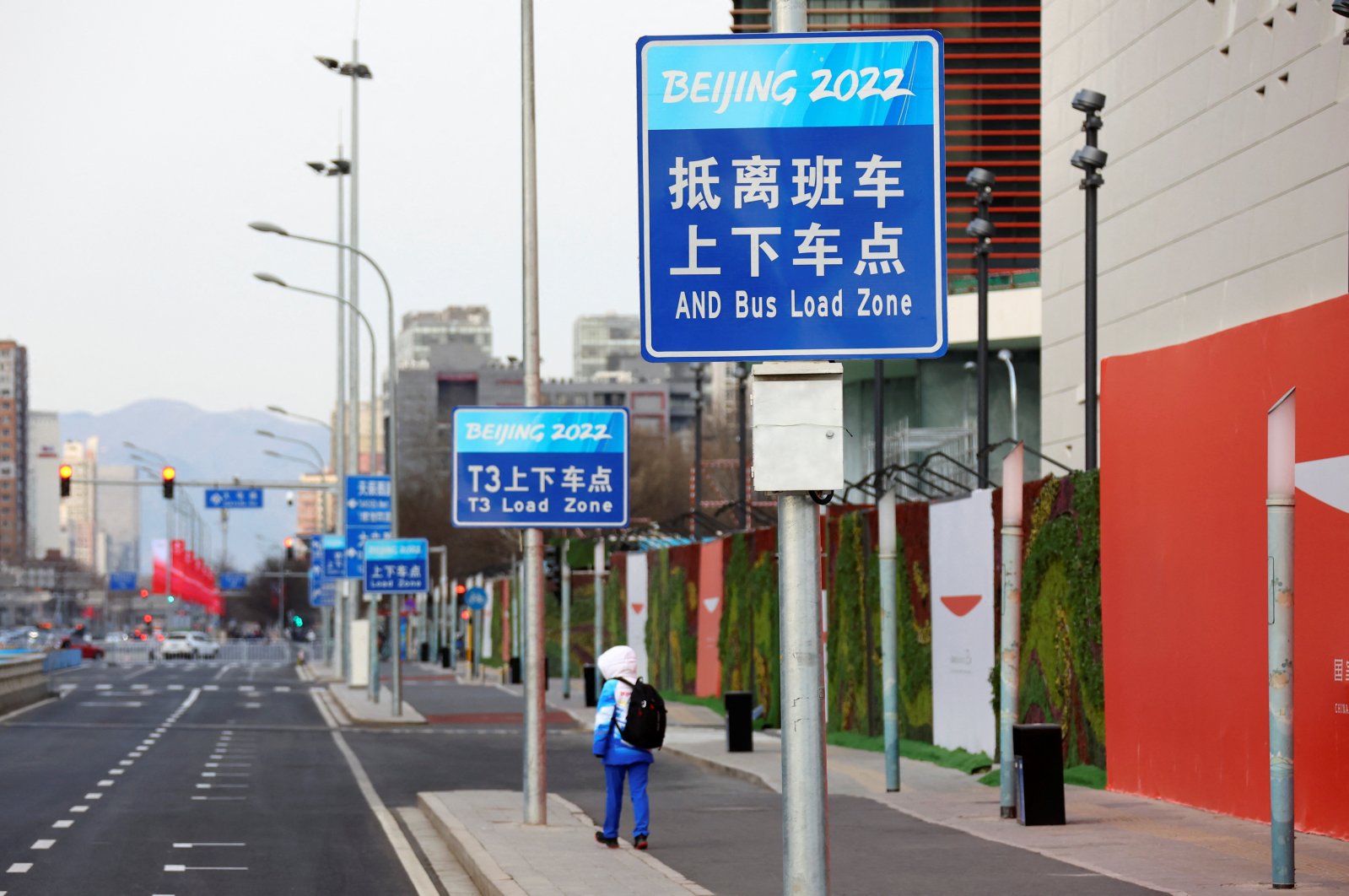 In the Chinese city of Anyang, 5 million people are under house arrest with cases linked to the Tianjin outbreak, while the U.S. appears overwhelmed by the highly contagious strain as a record number of COVID-19 cases are reported across the country

A third Chinese city has locked down its residents due to the COVID-19 outbreak, raising the number of people confined to their homes in China to about 20 million, while the United States has reported a dramatic increase in the number of new infections, surpassing the previous record on Jan. 3.

It wasn’t clear how long the lockdown in Anyang, home to 5.5 million people, would last. Mass testing has been enforced, a standard procedure whenever outbreaks are reported around the country.

Another 13 million people are locked down in the city of Xi’an and 1.1 million in Yuzhou, with restrictions imposed on the port city of Tianjin, only about an hour from Beijing, which will host the Winter Olympics from Feb. 4. A games official responsible for disease control, Huang Chun, said organizers are counting on the cooperation of athletes and officials to prevent an outbreak that could affect participation.

"If the mass cluster transmission happens, it will impact the games and the schedule for sure," Huang said. "The worst scenario, if it happens, is independent of man’s will, so we leave our options open,” he added.

Hong Kong also announced the closure of kindergartens and primary schools after infections were reported among students. Schools are to close by Friday and remain shut until at least the Lunar New Year holiday in the first week of February. Hong Kong has tightened pandemic-related restrictions in recent days after discovering the omicron variant had spread beyond people arriving from overseas.

Children over five will be able to get the Chinese-made Sinovac vaccine, Hong Kong leader Carrie Lam said. Authorities have cleared the other vaccine available in Hong Kong, developed by Germany's BioNTech, for children aged 12 and above.

"I am optimistic and confident we can overcome the situation," Lam said, according to The Associated Press (AP).

The ban will not apply to diplomats, government officials, athletes and staff participating in the Winter Olympics, which open on Feb. 4 in Beijing, according to the report.

The city's Transport and Housing Bureau did not immediately reply to a request for comment. Lam did not mention new air transit rules during her press conference.

The lockdown of Anyang followed the confirmation of two cases of omicron on Monday that are believed to be linked to two other cases found Saturday in Tianjin. It appears to be the first time omicron has spread in mainland China beyond people who arrived from abroad and their immediate contacts.

Residents are not allowed to leave their homes, nonessential vehicles are banned from streets and stores have been ordered shut except for those selling necessities, according to a city notice shared by state media late Monday.

Xi'an and Yuzhou are both battling the delta variant and neither has reported any omicron cases. About 2,000 people have been infected in Xi'an, an ancient capital that is home to the Terracotta Warrior ruins and major companies in computer chips and aerospace, in China's largest outbreak in recent months.

China's neighbor Japan will maintain its tight entry restrictions to prevent the spread of the omicron variant until the end of February, the prime minister said on Tuesday, though some exceptions for humanitarian reasons may be considered. Japan adopted some of the strictest border controls in the world when the omicron variant emerged late last year, banning all new entries by non-Japanese people, including students and foreign family members of Japanese or permanent residents, except in extraordinary circumstances.

"Thanks to one of the toughest border rules in the G-7 nations, we've been able to keep the spread of omicron to a minimal level, giving us time to prepare to deal with domestic infection," Japanese Prime Minister Fumio Kishida told reporters. "We'll maintain the current framework of measures until the end of February ... while taking necessary measures from the perspective of humanitarian and national interests," he added.

The rules mandate up to six days in strict hotel quarantine for most of those who are allowed in – mostly Japanese and resident foreigners – followed by home quarantine.

The measures have sparked protests and a petition drive calling for change, especially to reduce family separations, and media reported on Tuesday the government was considering easing some of the rules in exceptional cases.

Kishida said while much remains unknown about the omicron variant, it appeared that the risk of serious cases was lower. Children under the age of 12 would be offered vaccinations, he said.

Though opinion polls show that most Japanese support the border controls, e-commerce firm Rakuten's founder and Chief Executive Hiroshi Mikitani called for them to be eased, saying the economy would suffer.

"In particular, banning the entrance of new foreigners and the hotel quarantine system needs to be reviewed," Mikitani, long a critic of Japan's handling of the pandemic, said on Twitter. "Corona is everywhere in the world and borders must be open, the restrictions clearly aren't working. What needs to be done is prioritizing vaccinations and the use of oral medications," he said, terming the entrance freeze "unbelievable and stupid."

A surge in new COVID-19 cases prompted the government to reintroduce emergency restrictions in three parts of the country that host U.S. military bases over the weekend.

The U.S. military has moved its personnel in and out of Japan under a separate testing and quarantine regime. It has agreed to impose stricter COVID-19 measures at its military bases after fears among Japanese people that infections were fast spreading into communities.

Some 1.35 million new coronavirus infections were reported in the U.S. on Monday, according to a Reuters tally, the highest daily total for any country in the world, as the spread of the highly contagious omicron variant showed no signs of slowing. The previous record was 1.03 million cases on Jan. 3.

A large number of cases are reported each Monday due to many states not reporting over the weekend. The seven-day average for new cases has tripled in two weeks to over 700,000 new infections a day.

The record in new cases came the same day as the nation saw the number of hospitalized COVID-19 patients also hit an all-time high, having doubled in three weeks, according to a Reuters tally.

While the omicron variant is potentially less severe, health officials have warned that the sheer number of infections could strain hospital systems, some of which have already suspended elective procedures as they struggle to handle the increase in patients and staff shortages. The surge in cases has disrupted schools struggling with absent staff, teachers and bus drivers.

Chicago canceled classes for a fourth day as the district and teachers failed to agree on how to deal with increased infections. New York City suspended train services on three subway lines as a large number of workers were out sick, according to its Twitter account. Companies' plans for workers to return to office have also been derailed.

Deaths are averaging 1,700 per day, up from about 1,400 in recent days but within levels seen earlier this winter. A redesigned COVID-19 vaccine that specifically targets the omicron variant is likely needed, Pfizer Inc.'s CEO said Monday, adding his company could have one ready by March.