Missing Indonesian submarine may be too deep to rescue 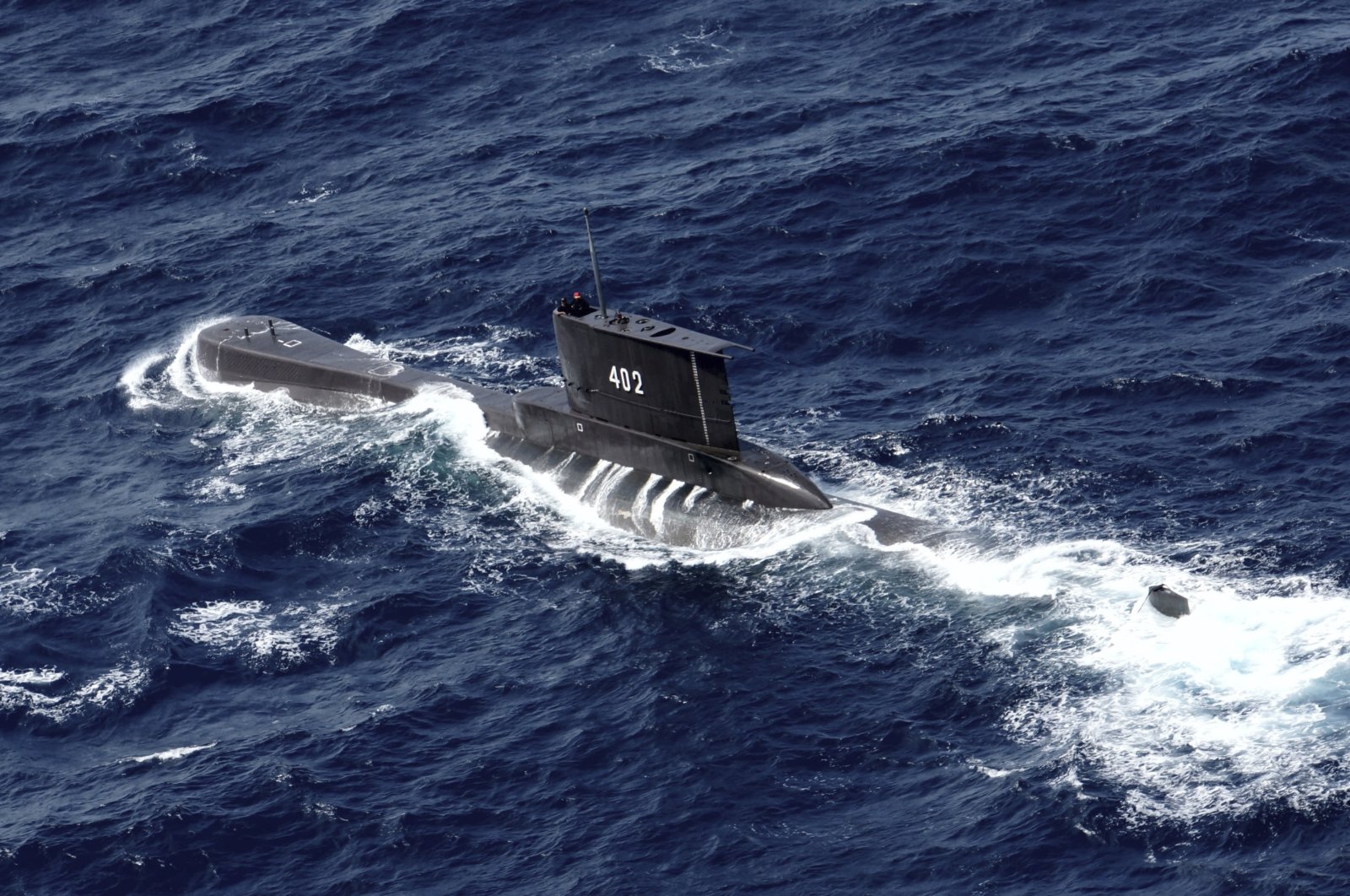 Indonesia Thursday was searching for a submarine that likely went too deep to help, casting doubt on chances of rescuing the 53 people on board. Neighboring countries rushed their rescue ships to support the complex operation.

The diesel-powered KRI Nanggala 402 was participating in a training exercise Wednesday when it missed a scheduled reporting call. Officials reported an oil slick and the smell of diesel fuel near the starting position of its last dive, about 96 kilometers (60 miles) north of the resort island of Bali, though there has been no conclusive evidence that they are linked to the submarine.

Indonesia’s navy chief of staff, Adm. Yudo Margono, told reporters Thursday that oxygen in the submarine would run out by 3 a.m. Saturday. He said rescuers found an unidentified object with high magnetism in the area and that officials hope it is the submarine.

Ahn Guk-hyeon, an official from South Korea’s Daewoo Shipbuilding and Marine Engineering, said the submarine would collapse if it goes deeper than around 200 meters because of pressure. He said his company upgraded much of the Indonesian submarine’s internal structures and systems but it lacks latest information about the vessel.

Frank Owen, secretary of the Submarine Institute of Australia, also said the submarine could be at too great a depth for a rescue team to operate.

“Most rescue systems are really only rated to about 600 meters (1,969 feet),” he said. “They can go deeper than that because they will have a safety margin built into the design, but the pumps and other systems that are associated with that may not have the capacity to operate. So they can survive at that depth but not necessarily operate.”

In November 2017, an Argentine submarine went missing with 44 crew members in the South Atlantic, almost a year later its wreckage was found at a depth of 800 meters (2,625 feet). In 2019, a fire broke out on one of the Russian navy’s deep-sea research submersibles, killing 14 sailors.

Indonesia’s military said that navy ships, submarines and aircraft were searching an area where the submarine was last detected. A hydro-oceanographic survey ship equipped with underwater detection capabilities also was on its way to the site around the oil spills.

Rescue ships from Singapore and Malaysia are expected to arrive between Saturday and Monday. The military said Australia, the United States, Germany, France, Russia, India and Turkey have also offered assistance. South Korea said it has also offered help.

“The news of the missing submarine is deeply concerning,” Australian Foreign Minister Marise Payne said during a visit to New Zealand. “We will provide any assistance that we can. There’s no question that submarine search and rescues are very complex.”

Australian Defense Minister Peter Dutton called the incident “a terrible tragedy.” He told Sydney Radio 2GB that the fact that the submarine is “in a very deep part of waters” makes it “very difficult for the recovery or for location.”

“Our fervent prayers and hopes go out to the crew of KRI Nanggala, for their safety and resilience,” Singapore’s Defense Minister Ng Eng Hen wrote on Facebook.

Indonesia’s navy said an electrical failure may have occurred during the dive, causing the submarine to lose control and become unable to undertake emergency procedures that would have allowed it to resurface. It was rehearsing for a missile-firing exercise Thursday, which was eventually canceled.

The German-built submarine, which has been in service in Indonesia since 1981, was carrying 49 crew members, its commander and three gunners, the Indonesian Defense Ministry said. It had maintenance and an overhaul in Germany, Indonesia, and most recently in South Korea, from 2007 to 2012.

The world’s largest archipelago nation with more than 17,000 islands has faced growing challenges to its maritime claims in recent years, including numerous incidents involving Chinese vessels near the Natuna islands.

Last year, President Joko Widodo reaffirmed the country’s sovereignty during a visit to the islands at the edge of the South China Sea, one of the busiest sea lanes where China is embroiled in territorial disputes with its smaller neighbors.