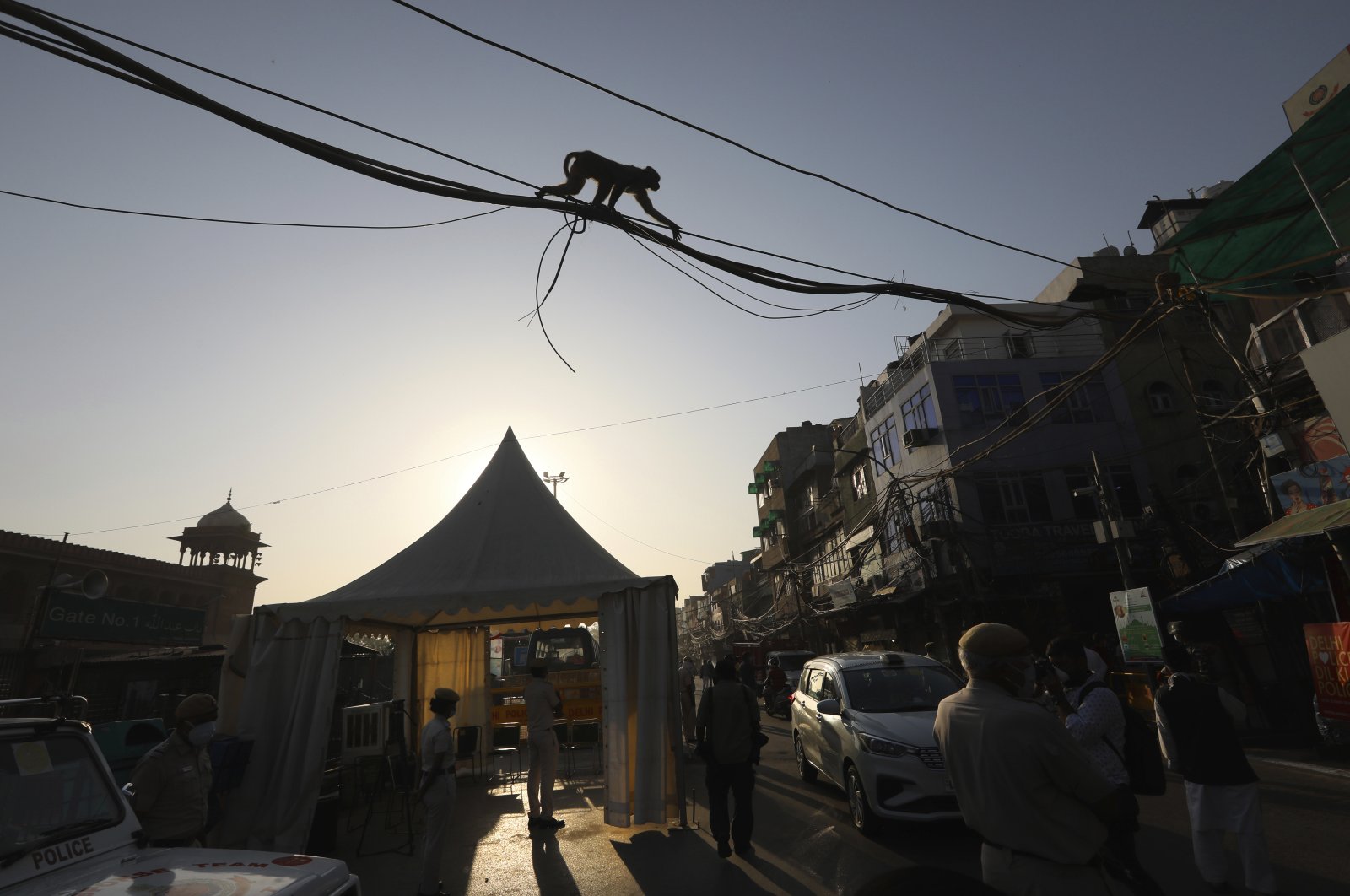 A troop of monkeys in India has attacked a medical official, snatching the blood samples of patients who had tested positive for the novel coronavirus, authorities said Friday.

The attack occurred this week when a laboratory technician was walking across the campus of a state-run medical college in Meerut, 460 kilometers (285 miles) north of Lucknow, capital of Uttar Pradesh state.

"Monkeys grabbed and fled with the blood samples of four COVID-19 patients who are undergoing treatment ... we had to take their blood samples again," said Dr. S. K. Garg, a top official at the college.

Authorities said they were not clear if the monkeys had spilled the blood samples, but people living near the leafy campus feared further spread of the virus if the monkeys carried the samples into residential areas.

Garg said it was not clear if the monkeys could contract the coronavirus if they came into contact with infected blood.

"No evidence has been found that monkeys can contract the infection," Garg told Reuters.

The virus is believed to have jumped from animals into people in a wildlife market in the Chinese city of Wuhan late last year.

Monkeys have been increasingly straying into human settlements in India and causing disturbances, even attacking people. Environmentalists say the destruction of natural habitat is the main reason the animals move into urban areas in search of food.