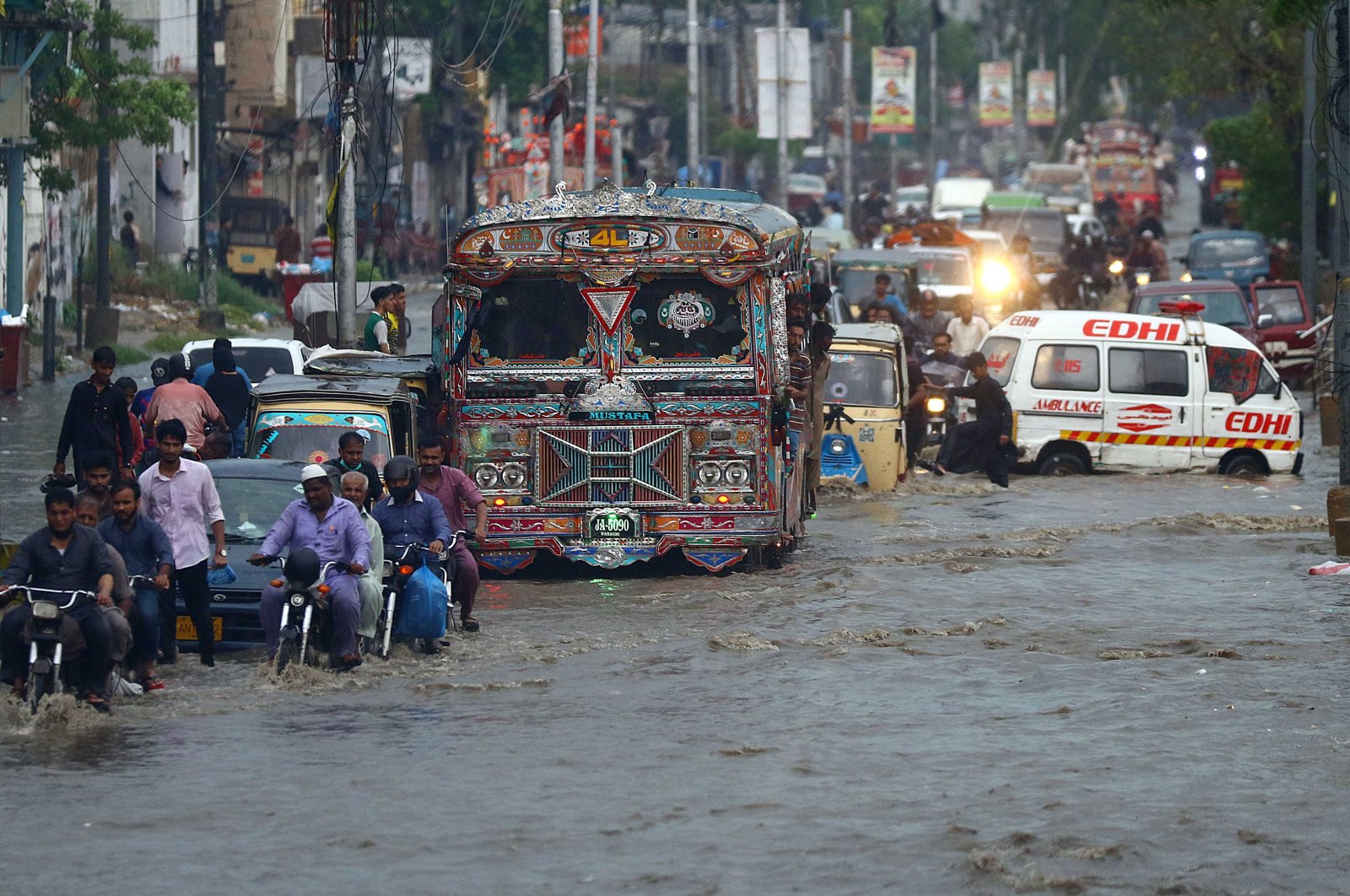 People make their way through a flooded road after monsoon rains in Karachi, Pakistan, 07 August 2020. (EPA Photo)
by Associated Press Aug 09, 2020 10:49 am
RECOMMENDED

Three days of heavy monsoon rains triggering flash floods killed at least 50 people in various parts of Pakistan, as troops with boats rushed to a flood-affected district in the country's southern Sindh province Sunday to evacuate people to safer places.

Every year, many cities in Pakistan struggle to cope with the annual monsoon deluge, drawing criticism about poor planning. The monsoon season runs from July through September, during which swelling rivers cause damage to crops and infrastructure.

According to Pakistan’s National Disaster Management Authority, 19 people were killed in rain-related incidents in northwestern Khyber Pakhtunkhwa province, 12 in southern Sindh province, 8 in Punjab province and 10 in the country's scenic northern Gligit Baltistan region in the past three days.

Rains also partially damaged about 100 homes and caused a breach in a main flooded canal, inundating villages in Sindh province. In a statement, the military said troops used boats to rescue stranded people and move them to safer places. It said a medical camp was also established and food was being provided to the rescued people.

Heavy rains also lashed many districts in southwestern Baluchistan province, damaging homes. According to local media reports, at least eight people were killed in Baluchistan because of rains and flash flooding.

Heavy rainfall began last week and continued Sunday, flooding streets even in the eastern city of Lahore. It especially disrupted normal life last week in Karachi, the provincial capital of Sindh province, where sewage flooded most of the streets, prompting Prime Minister Imran Khan to order the army to assist authorities in handling the situation.

According to the Meteorological Department, heavy rains are expected to continue next week.

In Pakistan and neighboring India, deadly floods occur regularly during the monsoon season.