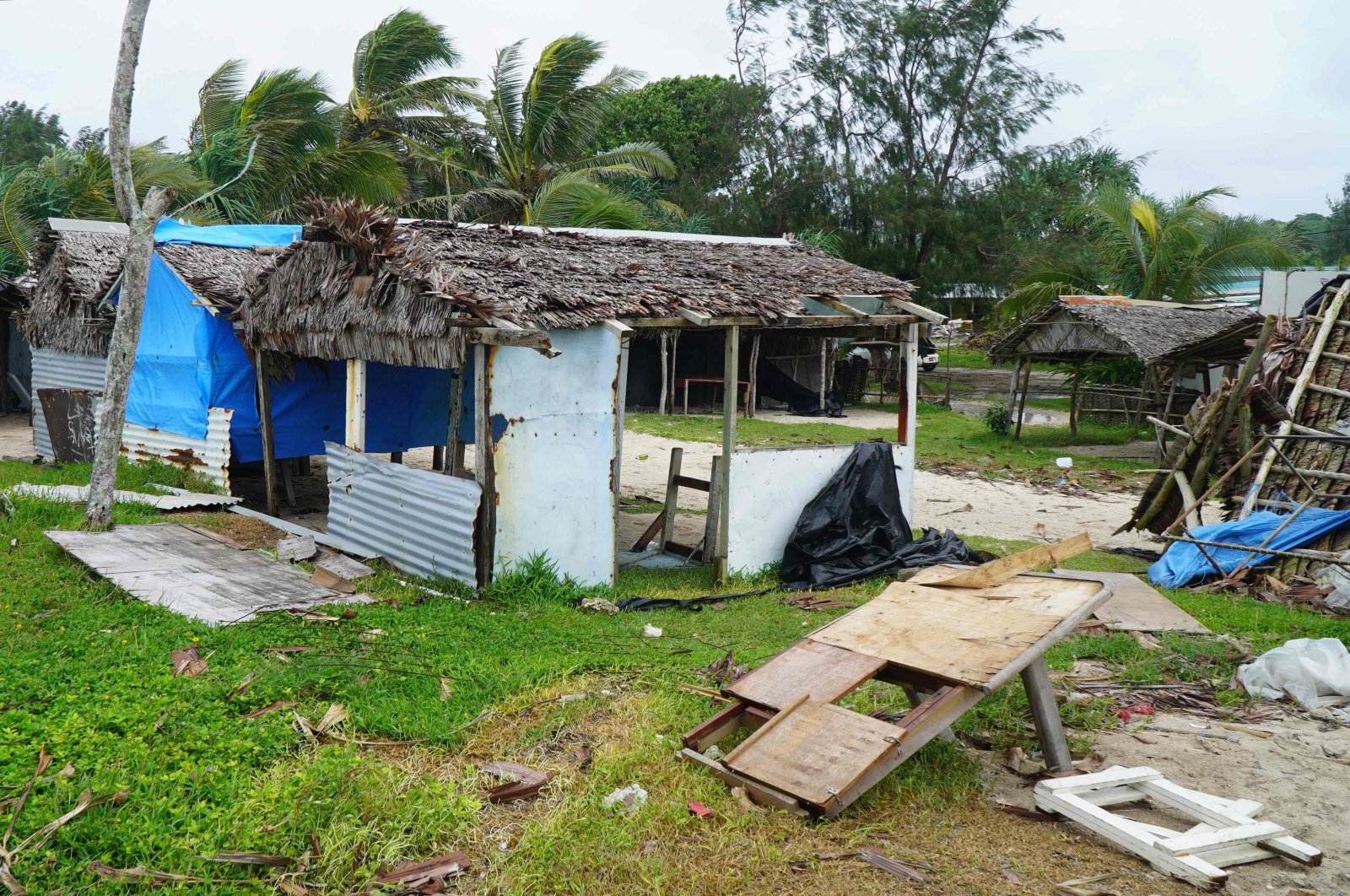 A deadly cyclone destroyed much of Vanuatu's second-largest town but early warnings appeared to have prevented mass casualties in the Pacific nation, with some residents sheltered in caves to stay safe, aid workers said Tuesday.

Tropical Cyclone Harold, which claimed 27 lives when it swept through the Solomon Islands last week, lashed Vanuatu's northern provinces overnight as a scale-topping Category 5 superstorm. The town of Luganville, population 16,500, took a direct hit as winds of 235 kilometers per hour (145 miles per hour) brought down buildings and caused flash flooding.

World Vision's Vanuatu director Kendra Gates Derousseau said the charity's local manager told her the damage was comparable to the last Category 5 monster to hit the country, Cyclone Pam in 2015.

"I managed to speak to her on a satellite phone and she estimated about 50% of dwellings have been significantly damaged, the World Vision office has lost its roof," she told Agence France-Presse (AFP).

"She mentioned that she has heard no reports of casualties or any significant injuries at this time," the Port Vila-based aid worker added.

Communications remain down across much of the country and Gates Derousseau said the scale of the disaster would remain unclear until remote island communities, such as southern Pentecost, had been contacted.

"They were directly in the eye (of the cyclone) and they have very few concrete buildings, they shelter in traditional thatch dwellings or caves," she said.

"They showed a lot of damage but we have no numbers of casualties yet," she told AFP.

A massive international aid effort was launched after Cyclone Pam in 2015 flattened Port Vila, killed 11 people and wiped out almost two-thirds of the country's economic capacity. Gates Derousseau said a similar operation was unlikely in Harold's wake because Vanuatu was determined to remain one of the world's few places with no confirmed COVID-19 cases.

She said allowing an influx of international aid workers risked inadvertently importing the virus, so Vanuatu's international borders would remain closed to new arrivals. "It (the aid effort) has to be locally led, locally driven, working with humanitarian partners who are currently in-country."

"There are already large stockpiles of supplies in place, which is a lesson we learned from Pam, so we can get to work fairly quickly."

She said replacement supplies could be brought in from overseas once the stockpiles ran out, but they would be disinfected to ensure they were virus-free.

Vanuatu lacks the health infrastructure to deal with even a mild coronavirus outbreak, with local media reporting last month that the nation of 300,000 has only two respiratory ventilators. Cyclone Harold has already caused widespread damage in the Solomon Islands, where an inter-island ferry ignored weather warnings and 27 people died after being washed off its decks.

Modeling early Tuesday showed Cyclone Harold continuing to track southeast, passing south of Fiji as a Category 4 Wednesday and weakening to Category 2 as it brushes Tonga a day later. However, the storm system has already proved unpredictable, with forecasters initially expecting it to only reach category three before petering out.