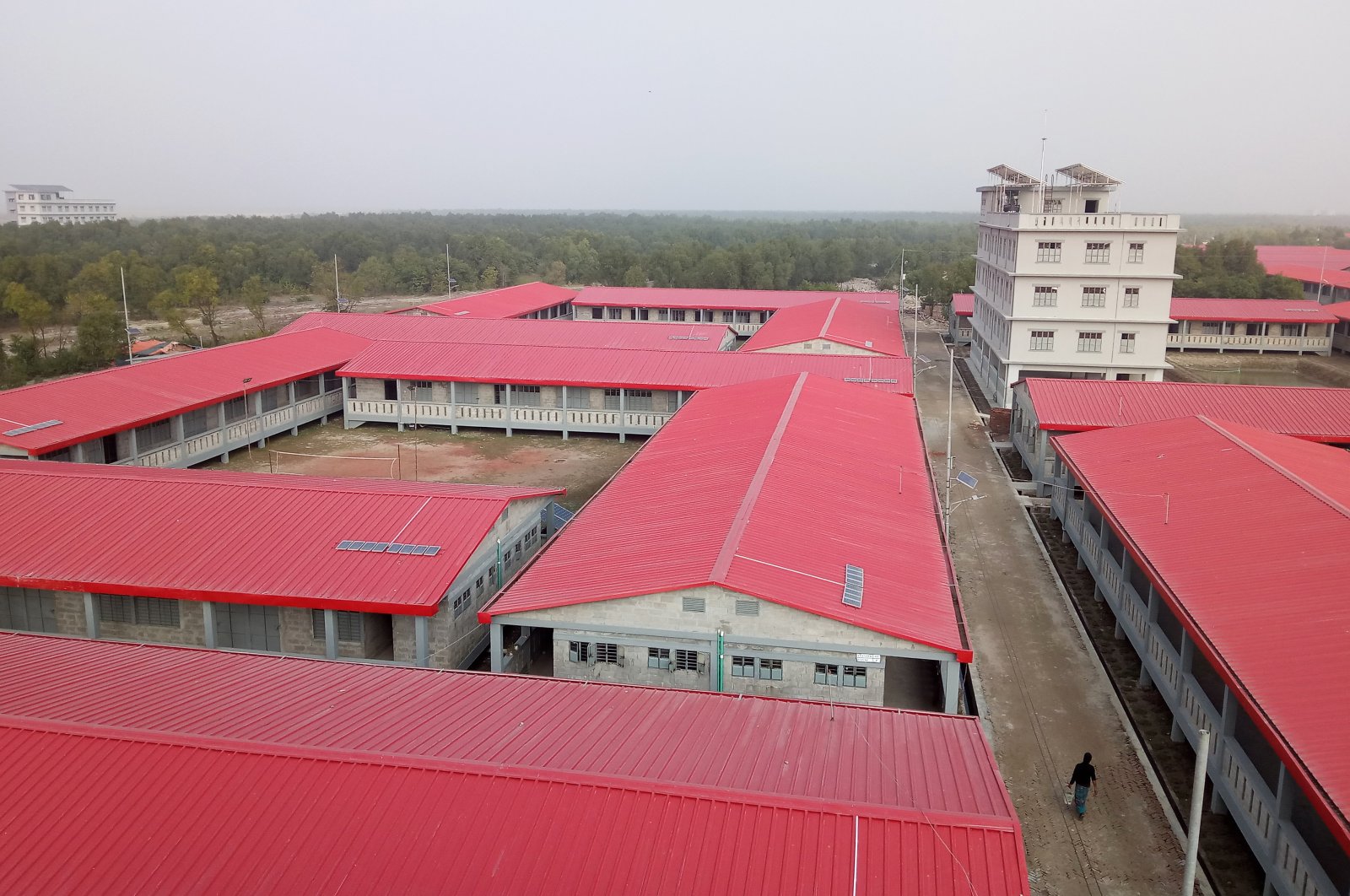 In this Thursday, Dec. 19, 2019 photo, a man walks past buildings on Bhasan Char, or floating island, in the Bay of Bengal, Bangladesh. The island in Bangladesh that was regularly submerged during monsoon seasons is ready to house 100,000 Rohingya refugees, but no date has been announced to begin relocating people from crowded and squalid camps on the country's border with Myanmar, officials said Thursday. The island is built to accommodate 100,000 people, just a fraction of the million Rohingya Muslims who have fled waves of violent persecution in their native Myanmar. (AP Photo)
by French Press Agency - AFP May 17, 2020 11:55 am
RECOMMENDED

Hundreds of Rohingya rescued by Bangladesh and sent to a flood-prone island after being stranded at sea for weeks should be moved to existing refugee camps, the U.N. secretary-general said.

The appeal by Antonio Guterres to Bangladesh's foreign minister in a letter obtained Sunday by AFP comes as concern grows over a coronavirus outbreak in the sprawling, crowded camps near the border with Myanmar.

The Rohingya were rescued in early May after floating adrift in the Bay of Bengal. Dhaka has said they were not sent on to the camps in the southeast as authorities were afraid they might have COVID-19.

Guterres said the 308 refugees on Bhasan Char island – a silty strip of land prone to violent and potentially deadly monsoon storms – should be moved to the camps after their time in quarantine is completed. Dhaka has not said how long they will remain in isolation.

"While those rescued at sea may be quarantined for public health purposes, they must also be extended the protection they deserve as refugees," Guterres said in the letter to Foreign Minister A.K. Abdul Momen dated Friday. "I trust that they too, will benefit from the humanitarian services offered to the Rohingya in Bangladesh and that, at the end of their quarantine period... they will be allowed to rejoin their families in Cox's Bazar."

Momen told AFP he had yet to receive the letter but said those concerned about Bhasan Char – where facilities for 100,000 people were built last year – should host the Rohingya in their own countries.

"We don't have any other place to keep them. If they (other countries) don't like Bhashan Char, let them take them back to their countries. (Or) else, let them return to Myanmar."

He said more pressure should be put on Myanmar to repatriate the Rohingya to their home state of Rakhine. The foreign minister previously said the refugees would "most likely" have to live in the shelters on Bhasan Char until they return to Rakhine.

Nearly 1 million Rohingya live in squalid camps in Cox's Bazar. Many fled Myanmar after a 2017 military crackdown. Emergency teams are racing to contain the spread of the coronavirus in the camps after three Rohingya tested positive late last week.