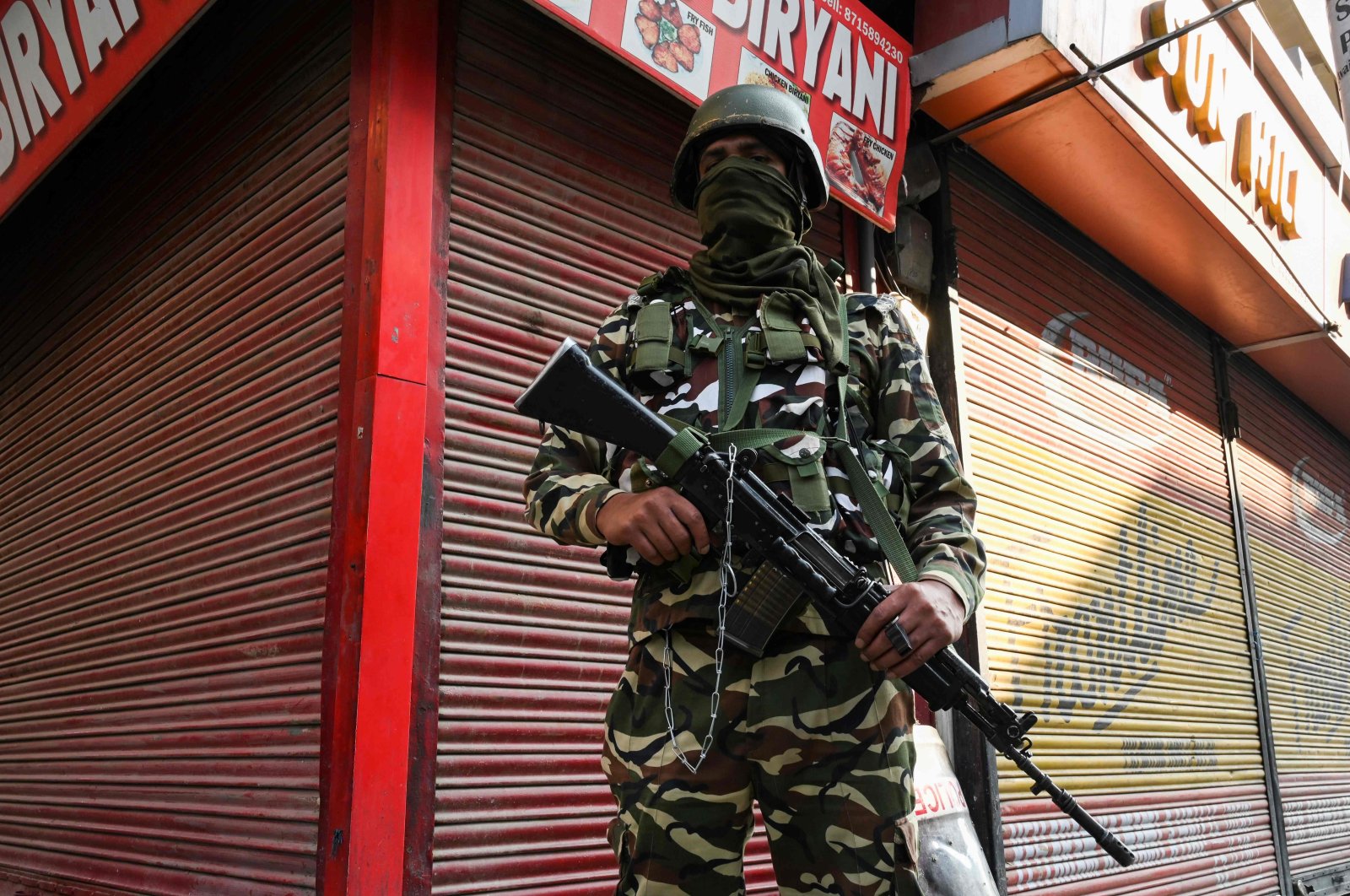 A paramilitary soldier stands guard at a street on the one-year anniversary of the restive region being stripped of its autonomy, Srinagar, Aug. 5, 2020. (AFP Photo)
by Anadolu Agency Aug 05, 2020 5:57 pm
RECOMMENDED

The human rights body of the Organization of Islamic Cooperation (OIC) on Wednesday endorsed a call by U.N. experts for a probe into extrajudicial killings and enforced disappearances in disputed Kashmir.

India has deployed tens of thousands of soldiers in Jammu and Kashmir to quash any backlash against its controversial move to scrap the region's autonomy.

Thousands of people, including political leaders and activists, have been imprisoned since Aug. 5 last year, while phone and internet connectivity still remains limited after months of complete suspension.

"IPHRC fully endorses the demands of U.N. experts to investigate all cases of human rights violations which include extrajudicial killings, enforced disappearances, torture, and detentions in the valley," read the statement.

On Tuesday, U.N. human rights experts urged the international community to act if India continues to fail to address the deteriorating conditions in the disputed Himalayan territory.

"Urgent action is needed. If India will not take any genuine and immediate steps to resolve the situation, meet their obligations to investigate historic and recent cases of human rights violations and prevent future violations, then the international community should step up," the U.N. experts said.

They said, "the human rights situation in Jammu and Kashmir has been in free fall" since last August.

"We are particularly concerned that during the COVID-19 pandemic, many protestors are still in detention and internet restrictions remain in place," the U.N. special rapporteurs said.

They also raised concerns over the alleged arbitrary detention, torture and ill-treatment of Kashmiris, as well as the criminalization of journalists.

Since they were partitioned in 1947, New Delhi and Islamabad have fought three wars, in 1948, 1965, and 1971, two of them over Kashmir. Some Kashmiri groups have been fighting against Indian rule for independence, or for unification with neighboring Pakistan.