Muslim boy thrashed for drinking water at temple in India 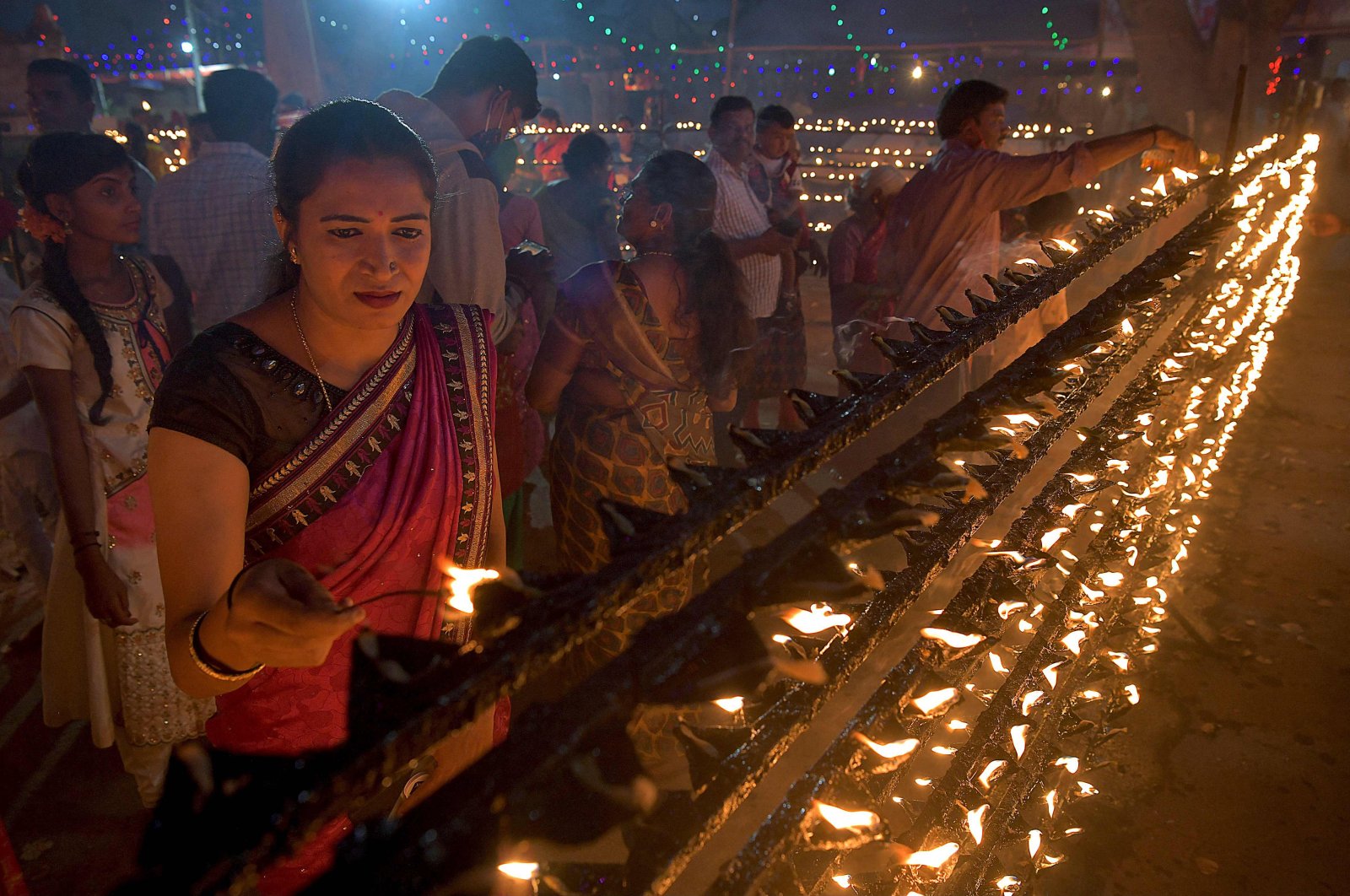 Hindu devotees light oil lamps during Lakshadeepotsava, the festival of a hundred thousand lamps, during the Shivarathri festival at the Basavanna Temple on the outskirts of Bangalore on March 11, 2021.(AFP Photo)
by Anadolu Agency Mar 13, 2021 6:20 pm
RECOMMENDED

A Hindu man was arrested on Saturday for assaulting a Muslim boy for drinking water at a temple in a city near India's capital New Delhi.

The attack took place in Ghaziabad, a town in the northern state of Uttar Pradesh, some 33 kilometers (20 miles) from the capital.

The accused, Shringi Nandan Yadav, was apprehended after a disturbing video of the brutal assault was widely shared on social media.

The clip shows Yadav asking the victim, Asif, his name and mercilessly thrashing him.

"We have arrested one person after the video went viral on social media. We are investigating to find out the exact reason for such behavior," Varun Kumar, public relations officer for the Ghaziabad Police, told Anadolu Agency (AA).

Violence against Muslims and other minority communities has become increasingly frequent in India since the ruling Bharatiya Janata Party (BJP), led by Prime Minister Narendra Modi, came to power in 2014.

"Attacks continued against minorities, especially Muslims, even as authorities failed to take action against BJP leaders who vilified Muslims and BJP supporters who engaged in violence," Human Rights Watch (HRW) said in its World Report 2021.

A particularly jarring episode was the communal violence that broke out in New Delhi last February.

At least 53 people were killed – a majority of them Muslim – and over 200 were injured, properties destroyed, and communities displaced in targeted attacks by Hindu mobs, according to HRW.

"A July report by the Delhi Minorities Commission said the violence in Delhi was "planned and targeted," and found that the police were filing cases against Muslim victims for the violence, but not taking action against the BJP leaders who incited it," read the report.

The group's Freedom in the World report noted the "rising violence and discriminatory policies affecting the Muslim population" in India.

It also highlighted the "crackdown on expressions of dissent by the media, academics, civil society groups, and protesters" during Modi's tenure.