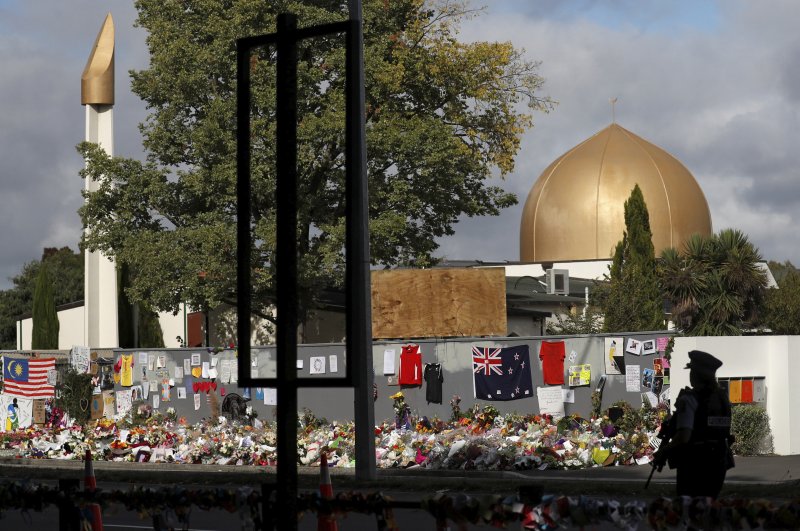 Ahead of the first anniversary of the Christchurch terrorist attack, New Zealand police said Tuesday that they were investigating a threat made this week against one of the Christchurch mosques where 51 Muslim worshippers were killed in a mass shooting last year.

Amid plans to mark the first anniversary of the March 15 massacre, police said the threat to Christchurch's Al Noor mosque was posted this week on the encrypted messaging app Telegram. Reports said the message showed a man in a balaclava sitting in a car outside the mosque accompanied by a threatening text and a gun emoji.

The Islamic Women's Council national coordinator Anjum Rahman said the threat was the fourth one that she was aware of since the attacks. "We have been talking to authorities for some months, since last year, definitely, about preparations coming into March 15," Rahman said, as reported by Radio New Zealand (RNZ). "Absolutely, we were expecting this and possibly worse things."

Muslim communities across the world have suffered numerous hate attacks over the past years with many blaming the surge of attacks on an anti-Muslim discourse existing in the media and supported by politicians.

Al Noor was one of two mosques targeted by a self-avowed white supremacist last year in what Prime Minister Jacinda Ardern described as "an unprecedented act of terror (that) shattered our small country."

The timing of the latest threat comes at a sensitive time as planning is underway for a memorial service in Christchurch to mark the anniversary. Details of the service at the city's Hagley Park have not yet been finalized but Ardern is set to attend after gaining international praise for her compassionate handling of the attacks.

Ardern said Tuesday that she found it hard to believe that New Zealand's Muslim community was still being subjected to such hatred.

"I will be amongst many New Zealanders who will be devastated to see that as we head towards the first anniversary of a most horrific terror attack on the Muslim community, that they should then be the target of this kind of activity," she told reporters.

The shooting, which targeted Muslims in their houses of faith, was the worst terrorist attack in New Zealand’s history. Some 51 people at two Christchurch mosques were killed by the self-avowed white supremacist, armed with semi-automatic weapons in an attack broadcasted live on Facebook. It became the biggest example of growing far-right terrorism worldwide.

The alleged mosque attacker Brenton Tarrant, an Australian national, is due to go on trial on June 2 facing terrorism charges plus 51 counts of murder and 40 counts of attempted murder over the killings.