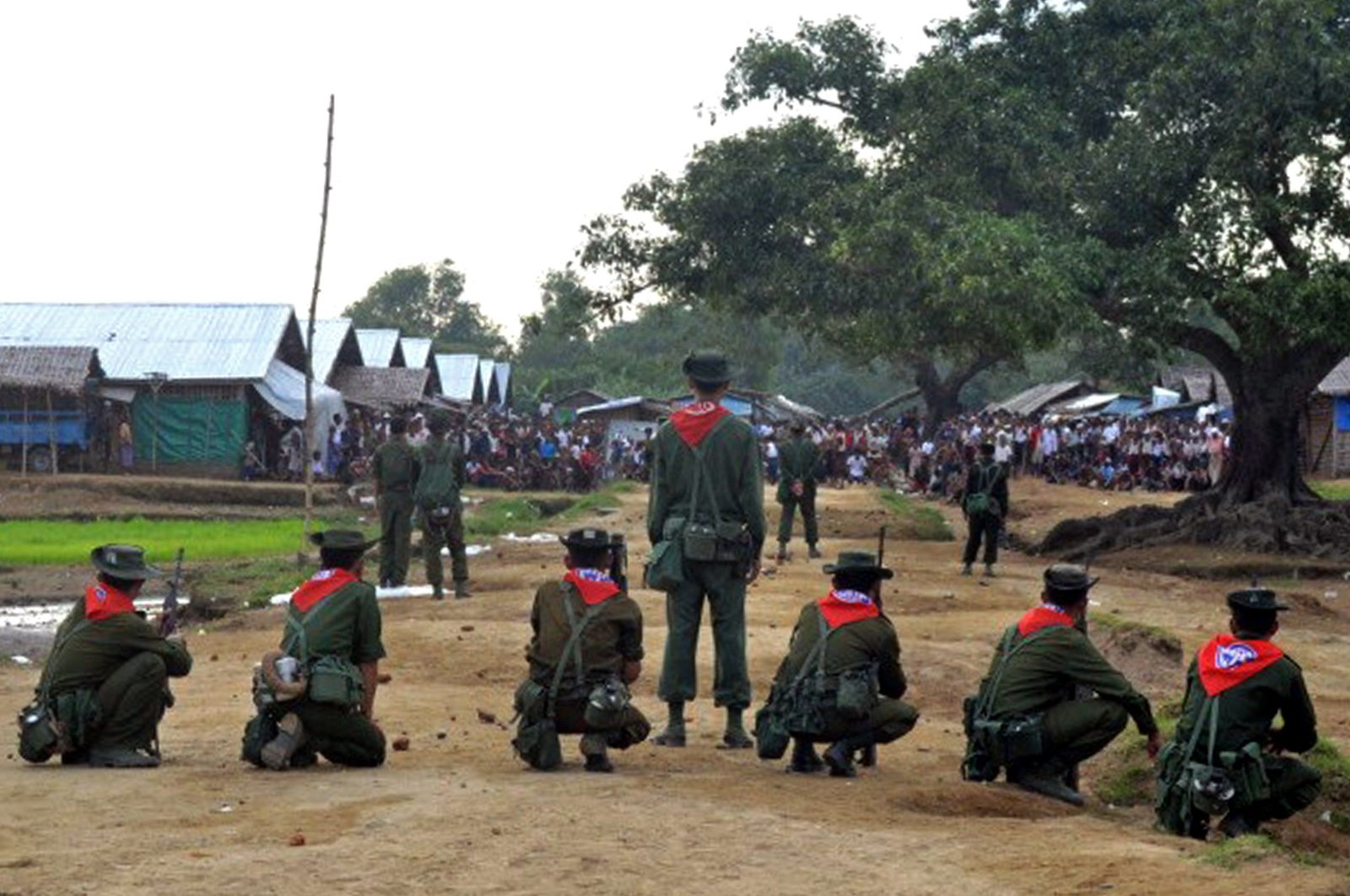 Two Myanmar soldiers have been taken to The Hague after confessing to murdering minority Rohingya Muslims during a 2017 crackdown, two news organizations and a rights group reported on Tuesday.

The two men admitted to killing dozens of villagers in northern Rakhine state and burying them in mass graves, according to The New York Times, the Canadian Broadcasting Corporation and the nonprofit Fortify Rights, citing statements the men made on videos filmed in Myanmar this year.

The reports said the men had been in the custody of the Arakan Army insurgent group, which is now battling Myanmar government troops in Rakhine state when they made the admissions and were later taken to The Hague in the Netherlands, where they could appear as witnesses or face trial.

It was not clear from the reports how the men fell into the hands of the Arakan Army, why they were speaking, or how they were transported to The Hague and under whose authority. The New York Times said it could not independently confirm that the two soldiers committed the crimes to which they confessed while Myanmar government and military spokespeople did not answer calls seeking comment.

Meanwhile, a spokesperson for the International Criminal Court (ICC), based in The Hague, said it did not have the men in custody.

"No. These reports are not correct. We don't have these persons in the ICC custody," said the spokesperson, Fadi el Abdallah.

Payam Akhavan, a Canadian lawyer representing Bangladesh in a filing against Myanmar at the ICC, said the two men had appeared at a border post requesting the protection of the government and had confessed to the mass murder and rape of Rohingya civilians in 2017.

"All I can say is that those two individuals are no longer in Bangladesh," he said.

A spokesperson for the Arakan Army, Khine Thu Kha, said the two men were deserters and were not held as prisoners of war. He did not comment further on where the men were now but said the group was "committed to justice" for all victims of the Myanmar military.

The ICC is investigating the crime against humanity of the forced deportation of Rohingya to Bangladesh, as well as persecution and other inhumane acts.

A statement from the ICC Prosecutor's Office said: "The office does not publicly comment on speculation or reports regarding its ongoing investigations, neither does the office discuss specifics of any aspect of its investigative activities."

Myanmar is also facing charges of genocide at the International Court of Justice, also in The Hague, though that body does not bring cases against individuals or hear witnesses.

The Rohingya, described by the United Nations as one of the most mistreated communities in the world, have been facing systematic state aggression in the northern Rakhine state of Myanmar since the early 1970s. The Myanmar government has long been blamed for genocide against the minority Muslim community. U.N. investigators have accused Myanmar's military of carrying out mass killings and other atrocities against the Muslim minority with "genocidal intent" during a 2017 campaign that forced more than 730,000 across the border into Bangladesh.