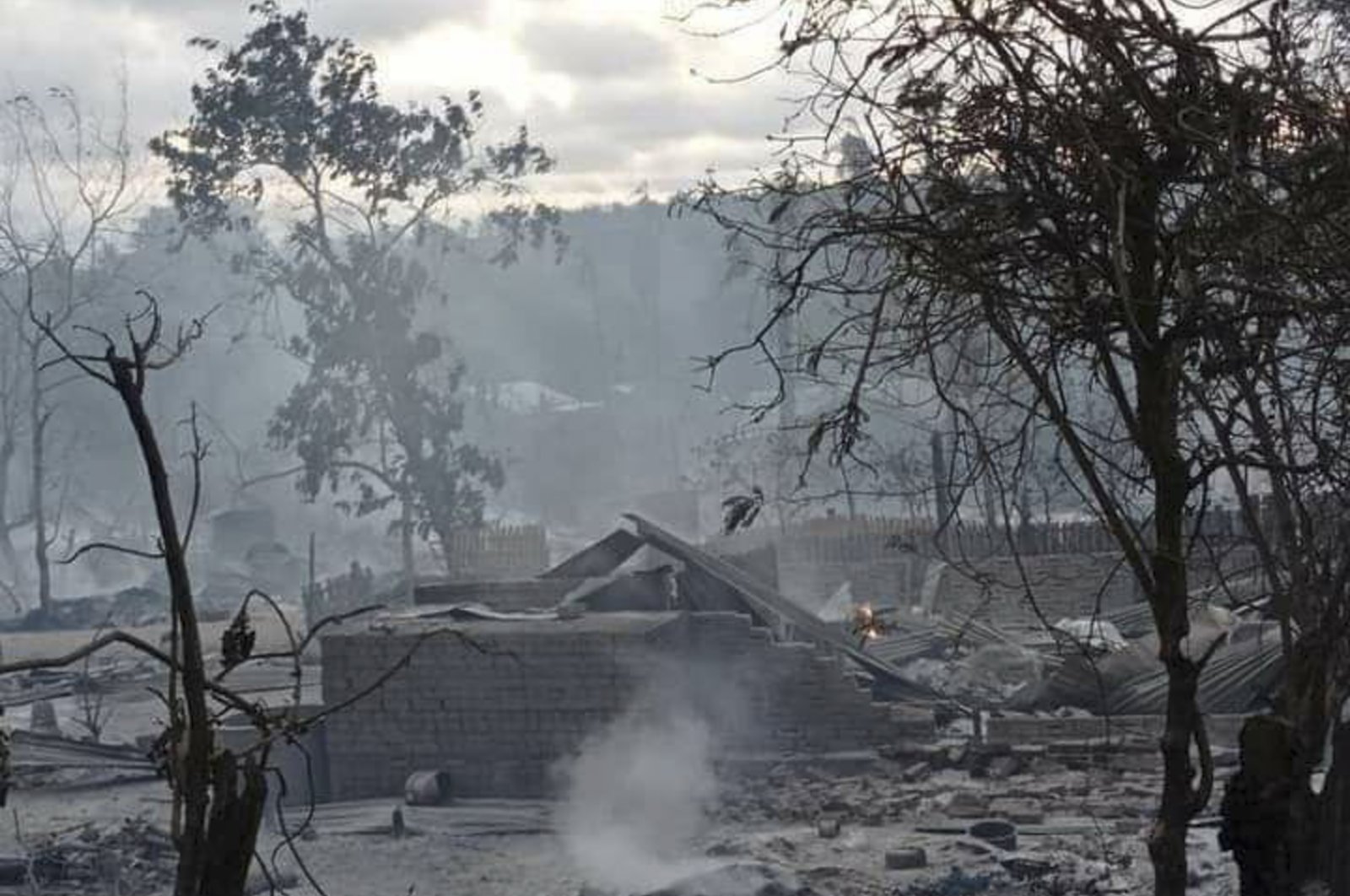 Myanmar's military junta has burned down an entire village, killing at least two people and forcing civilians in a country torn apart by the coup to arm themselves.

The village of Kin Ma in the Pauk township of central Magway was burned down after clashes between the armed forces and civilians, according to witness reports.

Civilians throughout Myanmar have formed armed groups to defend themselves against ongoing violence four months after a military coup.

Myanmar has sunk into chaos and violence since the military coup in early February. The armed forces have brutally cracked down on any form of dissent.

On Tuesday afternoon, 15 soldiers were killed in an ambush nearby, prompting 150 soldiers to set the village on fire, according to a report by The Irawaddy newspaper.

"When the fighting began, we ran away from the village because it was dangerous," a local resident told dpa. "An elderly couple was killed during the fire, a husband and wife. They were over 80," he said, adding that he learned this upon returning to the village on Wednesday.

"Over 200 houses were burned. We did not have any time to take our things from the houses," another resident told the Deutsche Presse-Agentur (dpa), adding that citizens were staying in other villages nearby.

According to the nonprofit Assistance Association for Political Prisoners (AAPP), at least 864 people have been killed and more than 6,000 arrested since the military seized power.