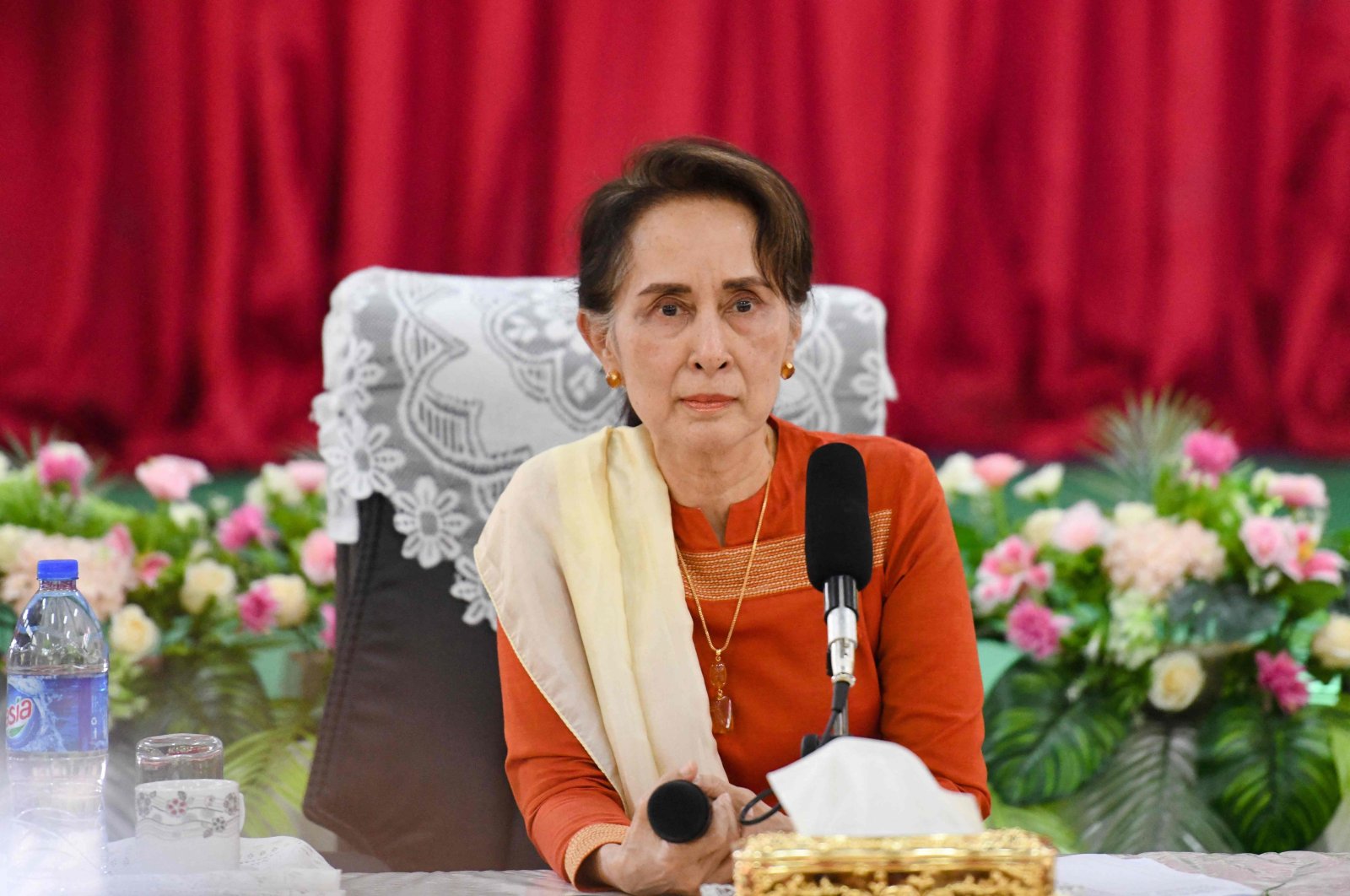 Ousted Myanmar leader Aung San Suu Kyi testified for the first time in a junta court on Tuesday, four months after being put on trial by the military that toppled her government, a source with knowledge of the case told Agence France-Presse (AFP).

Myanmar has been in turmoil since the Feb. 1 coup, with nationwide protests and more than 1,100 people killed by security forces, according to a local monitoring group.

Suu Kyi went on trial in June, four months after she was taken into custody, and faces a raft of charges that could see her jailed for decades.

On Tuesday she "gave her statement at the court by herself" in response to charges of incitement related to two February statements criticizing the coup, the source said.

The contents of her testimony on Tuesday "cannot be revealed" until the court has certified them, the source said, adding this was expected next week.

Media have been barred from attending Suu Kyi's trial at the special court in the military-built capital Naypyidaw and the junta recently banned her legal team from speaking to the media.

Before the ban, her lawyers said the Nobel laureate, 76, will not call any defence witnesses at her incitement trial and will represent herself.

The junta has threatened to dissolve her National League for Democracy (NLD) party and continues to wage a bloody campaign against opponents to its rule.

Myanmar topped the agenda of Tuesday's talks between leaders from the Association of Southeast Asian Nations (ASEAN), which has come under international pressure to broker a diplomatic solution to the crisis.

The generals boycotted the summit after ASEAN insisted Myanmar send a "non-political representative" instead of junta chief Min Aung Hlaing.

The rare rebuke came after Myanmar rebuffed requests that a special envoy meet with "all stakeholders" in the country – a phrase seen to include deposed leader Suu Kyi.

Myanmar, mostly ruled by the military since a 1962 coup, has been a thorn in ASEAN's side since it joined in 1997.

Elections in 2015 overwhelmingly won by Suu Kyi's NLD party ushered in civilian rule -- but this was cut short by the most recent coup.