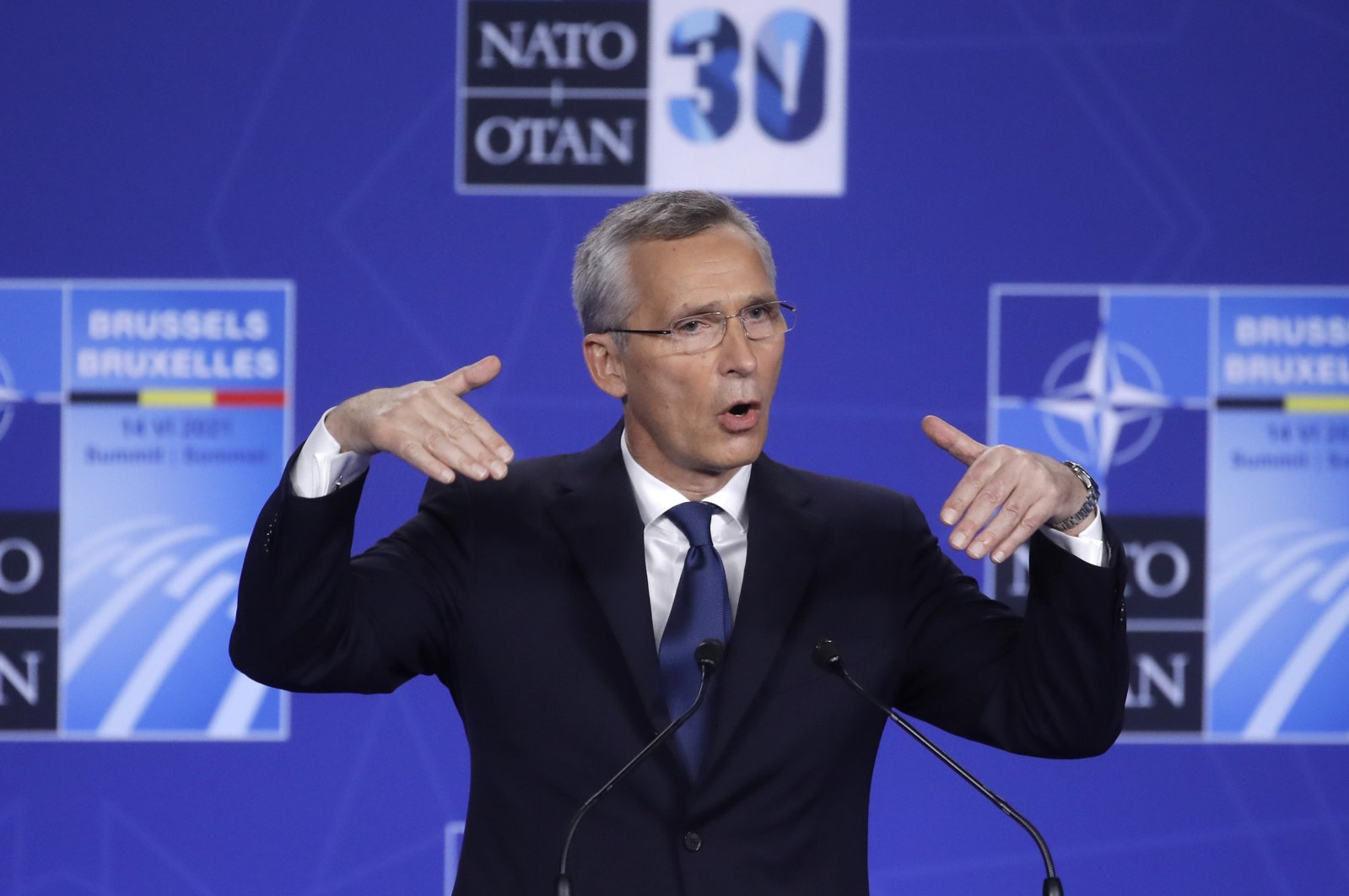 NATO leaders adopted a tougher stance on China Monday at Joe Biden's first summit with the alliance as the United States president, accusing Beijing of working to undermine global order and expanding its nuclear arsenal.

In a summit statement, the leaders said that China’s goals and "assertive behavior present systemic challenges to the rules-based international order and to areas relevant to alliance security.”

While the 30 heads of state and government avoided calling China a rival, they expressed concern about what they said were its "coercive policies,” the opaque ways it is modernizing its armed forces and its use of disinformation.

The statement comes as President Joe Biden has stepped up his effort to rally allies to speak in a more unified voice about China’s human rights record, its trade practices and its military’s increasingly assertive behavior that has unnerved U.S. allies in the Pacific.

Biden, who arrived at the summit after three days of consulting with the U.S.'s Group of Seven allies in England, pushed for the G-7 communique there that called out what it said were forced labor practices and other human rights violations impacting Uyghur Muslims and other ethnic minorities in the western Xinjiang province. The president said he was satisfied with the communique, although differences remain among the allies about how forcefully to criticize Beijing.

The new Brussels communique states plainly that NATO nations "will engage China with a view to defending the security interests of the alliance."

The Chinese Embassy to the United Kingdom Monday issued a statement saying the G-7 communique "deliberately slandered China and arbitrarily interfered in China’s internal affairs,” and exposed the "sinister intentions of a few countries, such as the U.S.” There was no immediate reaction from the Chinese government to the new NATO statement.

Biden arrived at his first NATO summit as president as leading members declared it a pivotal moment for an alliance beleaguered during the presidency of Donald Trump, who questioned the relevance of the multilateral organization.

Shortly after arriving at the alliance's headquarters for the first NATO summit of his presidency, Biden sat down with NATO Secretary-General Jens Stoltenberg and underscored the U.S. commitment to Article 5 of the alliance charter, which spells out that an attack on one member is an attack on all and is to be met with a collective response.

"Article 5 we take as a sacred obligation,” Biden said. "I want NATO to know America is there.”

It was a sharp shift in tone from the past four years, when Trump called the alliance "obsolete" and complained that it allowed for "global freeloading” countries to spend less on military defense at the expense of the U.S.

"We are meeting at the pivotal time for our alliance, the time of growing geopolitical competition, regional instability, terrorism, cyber attacks and climate change," Stoltenberg said at the start of a joint session of the NATO leaders. "No nation and no continent can deal with these challenges alone. But Europe and North America are not alone," he said.

Biden, who came to Brussels following three days of consultations with G-7 leaders in England, was greeted by fellow leaders with warmth and even a bit of relief.

"I think now we are ready to turn the page," de Croo said.

"This summit is a continuation of yesterday’s G-7 and is part of the process of reaffirming, of rebuilding the fundamental alliances of the U.S. that had been weakened by the previous administration,” he said. "Think that President Biden’s first visit is to Europe and try to remember where President Trump’s first visit was?"

Trump's first overseas visit as president was to Saudi Arabia.

Trump routinely berated other NATO countries for not spending enough on defense and even threatened to pull the U.S. out of the world’s biggest security organization and even questioned the mutual defense provision of the NATO charter, a central tenet of the alliance.

Trump lashed out after Trudeau was caught on a hot mic gossiping with other leaders about Trump turning photo opportunities into long news conferences. Ahead of the summit, Macron had declared NATO "brain dead” because of a void in U.S. leadership under Trump.

The White House said the communique to be signed by alliance members at the end of the NATO summit is expected to include language about updating Article 5 to include major cyber attacks – a matter of growing concern amid a series of hacks targeting the U.S. government and businesses around the globe by Russia-based hackers.

The update will spell out that if an alliance member needs technical or intelligence support in response to a cyber attack, it would be able to invoke the mutual defense provision to receive assistance, according to White House national security adviser Jake Sullivan.

The president started his day meeting with leaders of the Baltic states on NATO's eastern flank as well as separate meetings with leaders of Poland and Romania to discuss the threat posed by Russia and the recent air piracy in Belarus, according to the White House.

Biden's itinerary in Europe has been shaped so that he would first gather with G-7 leaders and then with NATO allies in Brussels before his much-anticipated meeting with Russian President Vladimir Putin in Geneva Wednesday. And with both summits, Biden aimed to consult European allies on efforts to counter provocative actions by China and Russia.