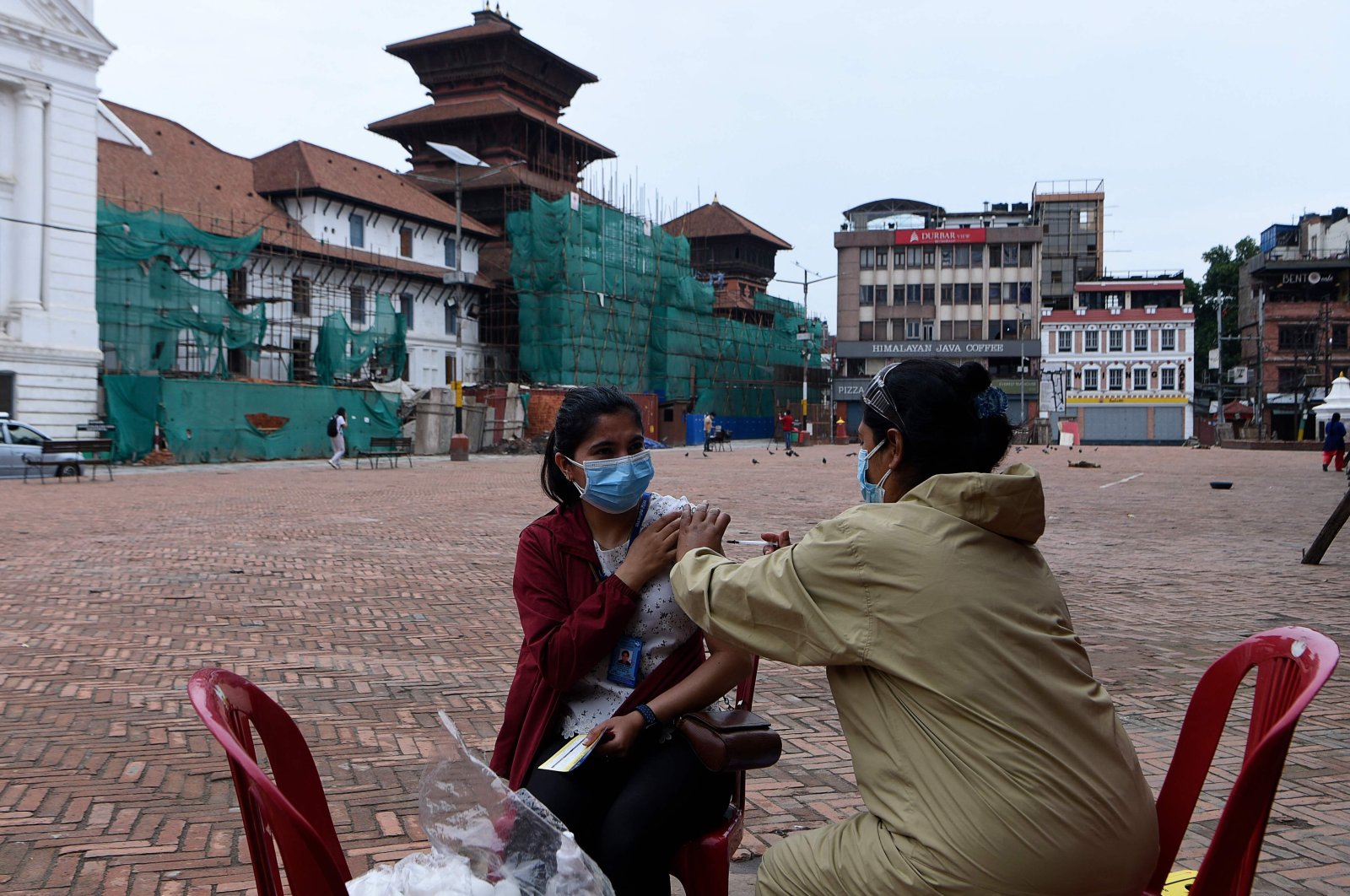 Nepal's prime minister Thursday called on the international community to supply the Himalayan nation with nearly 40 million Covid-19 shots to combat a new wave of infections that has overwhelmed hospitals.

The country of nearly 30 million people has so far received just over three million doses from various sources, with another million promised by Beijing.

"We appeal to the international community to make vaccines available ... We are ready to purchase if donations are not possible," Prime Minister KP Sharma Oli told reporters.

"It is difficult to take small numbers because double doses are required. So we hope that vaccines arrive in large quantities. We have to vaccinate about 20 million people, so we need almost 40 million vaccines."

The impoverished nation began recording a rise in cases in early April that peaked in mid-May at more than 9,000 infections a day.

The daily rises have declined slightly, but the healthcare system remains under pressure with oxygen supplies stretched.

"The situation is heading towards being controlled, but we are not yet in a situation where we can say (the cases) are decreasing," Oli added.

Nepal began its vaccination campaign in January with a gift of one million doses of AstraZeneca-Oxford jabs from India.

The government had ordered two million more AstraZeneca-Oxford shots from India, but a spike in cases saw New Delhi freeze its exports and left Nepal with only the million delivered in January.

China donated 800,000 Sinopharm shots, while a further 348,000 doses of the AstraZeneca vaccine had arrived under the Covax program to help poorer countries in March. Media reports said up to 13 million shots were meant to be sent by Covax.

Beijing said Wednesday that it would send another million jabs under a grant.

"It is important to pressure the international community for vaccines," he told Agence France-Presse (AFP).

Western nations "are talking about wearing or not wearing masks or vaccinating children, while here even the old, vulnerable population have not received it," Sherpa said.