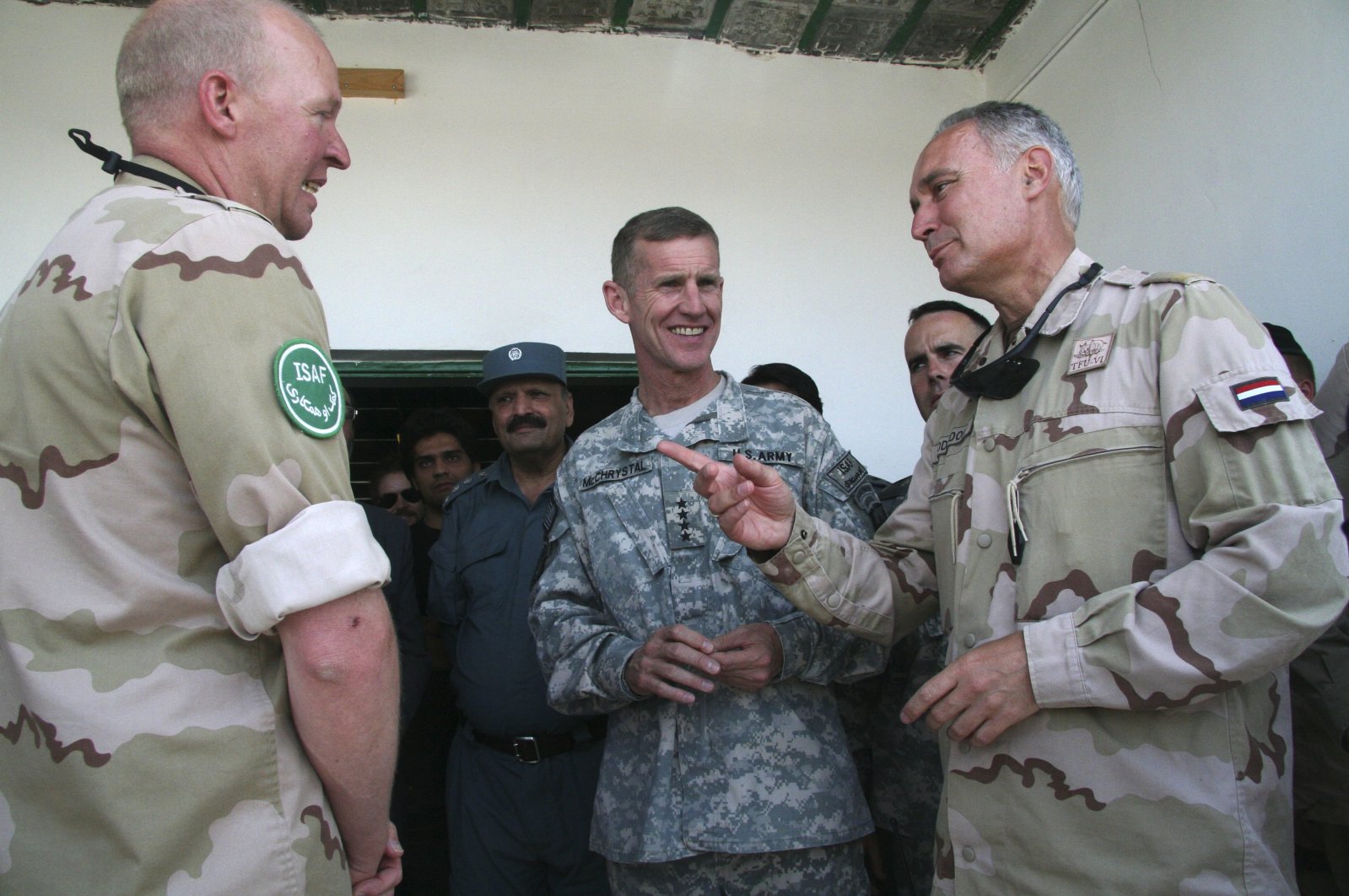 Head of the Dutch troops in Uruzgan province, Brig. Gen. T. A. Middendorp (R) listens to Gen. Stanley McChrystal, the head of U.S. and NATO forces in Afghanistan and an unidentified officer (L) in Dund, in Afghanistan's southern province of Kandahar. June 25, 2009 (AP Photo)
by DAILY SABAH WITH AA Dec 23, 2020 9:05 pm
RECOMMENDED

An army veteran has gone to local media claiming that Dutch soldiers killed civilians in Afghanistan in 2017. The Dutch Defense Ministry said they were "shocked" by the "very serious" claims, adding that the ministry would be launching a preliminary investigation with public prosecutors.

Servie Holzken, a former Dutch soldier, told local daily Trouw in a story published Wednesday that Dutch troops may have killed civilians while firing at two houses in the central Afghan province of Uruzgan in 2007.

Holzken said that they targeted houses thought to belong to Taliban militia, and when they saw people fleeing the premises, the soldiers opened fire on orders received via walkie-talkie.

Holzken added that no one shot back at them from the houses and no gunfire was heard.

Another soldier, who asked to remain anonymous, also confirmed the incident to Trouw.

The allegations come in the wake of a report released last month claiming Australian special forces in Afghanistan killed 39 unarmed prisoners and civilians, forcing junior soldiers to kill captives who posed no threat.

This is not the first time Dutch soldiers have been linked to such an atrocity, as they failed to stop the 1995 Srebrenica genocide in Bosnia and Herzegovina.

The Dutch Supreme Court should overturn a ruling making the Netherlands partly liable for the deaths of about 300 Muslim men in Srebrenica in 1995 during the Bosnian war, its advisor said in a statement in early 2019, denying the country's liability for the worst mass killing on European soil since World War II.

The failure of Dutch U.N. troops to prevent Bosnian Serb forces under General Ratko Mladic from committing genocide remains a scar on the conscience of the Netherlands.