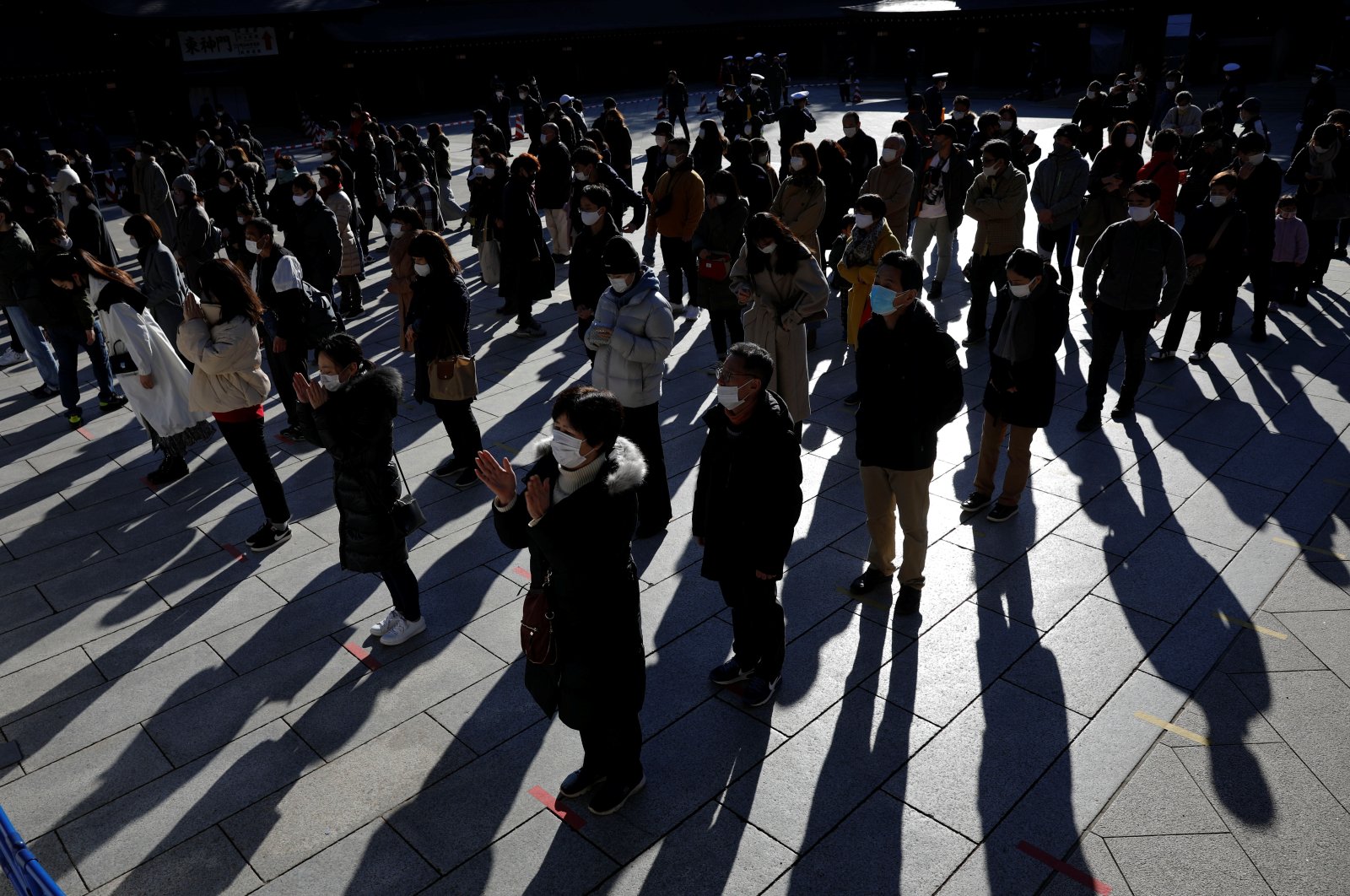 People wearing protective masks amid the coronavirus outbreak pray on the first day of the new year at the Meiji Shrine in Tokyo, Japan, Jan. 1, 2021. (Reuters Photo)
by REUTERS Jan 01, 2021 12:19 pm
Edited By Eralp Yarar
RECOMMENDED

New Year's Day is the biggest holiday in Japan's calendar, but this year's festivities have been subdued following record highs in new coronavirus cases nationwide and calls from the government to stay home.

Japan's Emperor Naruhito appealed to the public to work together through the pandemic in a videotaped New Year's Day address to the nation released on Friday.

"I am wishing from my heart that everyone can move forward during this hard time by supporting and helping one another," he said in the address, which was released in place of an annual public appearance by the imperial family during the New Year's holidays. The event was canceled this year because of the pandemic.

Prime Minister Yoshihide Suga also released a written statement, vowing he would "protect the lives of the people" and promising to work on "virus countermeasures and economic recovery."

"The Tokyo Olympic and Paralympic Games will be held this summer," he added, saying that preparations for the delayed events were underway.

New Year's Day festivities in Japan involve spending time with family and praying at local temples, where hordes of people wish for good luck in the coming year.

But it was a quieter affair than usual at Meiji Jingu, a shrine in central Tokyo, with masked visitors lining up behind tape on the ground to stay socially distant from one another.

"Last year was full of depressing news because of the coronavirus, so I prayed that people around the world would find more happiness," a woman in her 40s called Nami said, after offering her prayers at the shrine.

"I prayed for a speedy end to the pandemic," said Megumi, a sports trainer in her 40s, adding that she hopes to "get through the year by enjoying the new ways that I can connect with friends."