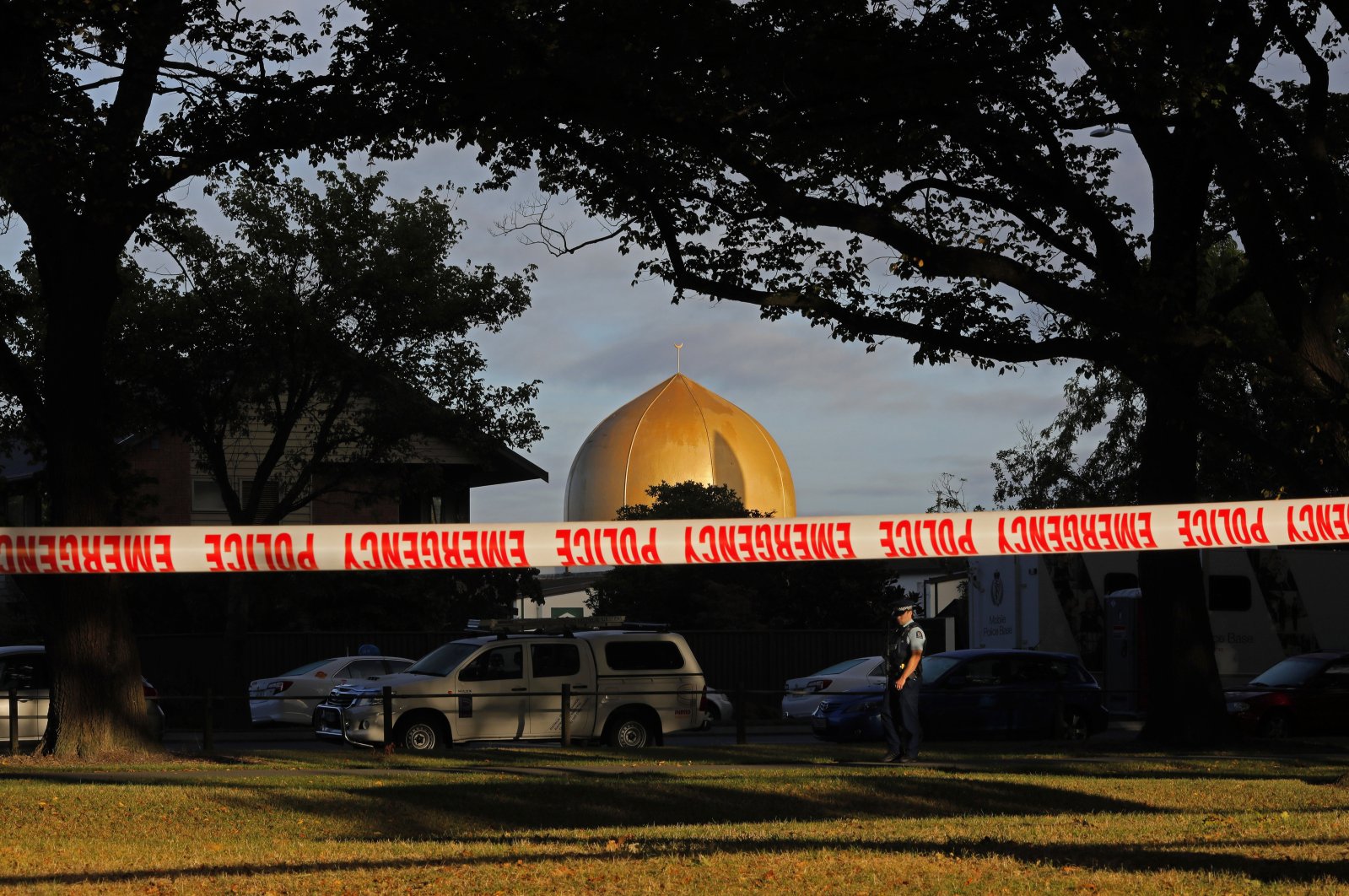 In this March 17, 2019, file photo, a police officer stands guard in front of the Masjid Al Noor mosque in Christchurch, New Zealand, where one of two mass shootings occurred. (AP Photo)
by reuters Aug 23, 2020 3:16 pm
RECOMMENDED

A New Zealand court will begin hearings on Monday on the sentencing of a suspected white supremacist accused of killing 51 Muslim worshippers in a massacre that shocked the world and prompted a global campaign to stamp out online hate.

Tarrant pleaded guilty to all charges in March, which include 51 charges of murder, 40 charges of attempted murder and one charge of committing a terrorist act.

High Court Judge Cameron Mander will hear statements from 66 survivors of the attack early in the week, and Tarrant is likely to be present in the courtroom. Tarrant will be allowed to speak to the court before sentencing.

The attack led to a ban on firearms in New Zealand and a campaign against hate content online led by Prime Minister Jacinda Ardern, a response that was hailed as a model for other countries.

"This will be the acceptance of his guilt and acknowledgement of his punishment," said Aliya Danzeisen, a community leader and member of the Islamic Women’s Council of New Zealand.

"Obviously he could appeal, but for families, this will be that closure in the sense that he did damage to us and he's having to pay for it," said Danzeisen, who will be in court with a friend who was a victim of the attack.

Mander said in an order issued earlier this month that the court has discretionary powers to prohibit the publication of victim statements, if needed, and also ensure it is not used as a platform to cause further harm.

Tarrant faces life imprisonment, with a non-parole period of 17 years. But the judge has the power to decide on imprisoning him without the possibility of release, which means Tarrant would be imprisoned for the rest of his life. Such a sentence has never been imposed in New Zealand.

Tarrant stormed into the Al Noor Mosque in Christchurch on March 15 last year, spraying bullets at worshippers, including women and children, before attacking another neighboring mosque. He was arrested on the way to a third attack.

A manifesto posted online by Tarrant shortly before he attacked the mosques and video recordings of the mosque shootings are banned by New Zealand's censor board.

The greater coverage Tarrant gets, the more opportunity it gives him to say things that could resonate with others, said Chris Wilson, the program director for the master of conflict and terrorism studies at the University of Auckland.

"We do need to have some coverage. We need to know, the Muslim community needs to know ... we need justice. But it needs to be done in a way where it's not an inspiration to others," he said.

Live reporting from the courtroom is banned, and other restrictions have been put in place on what the media can report.