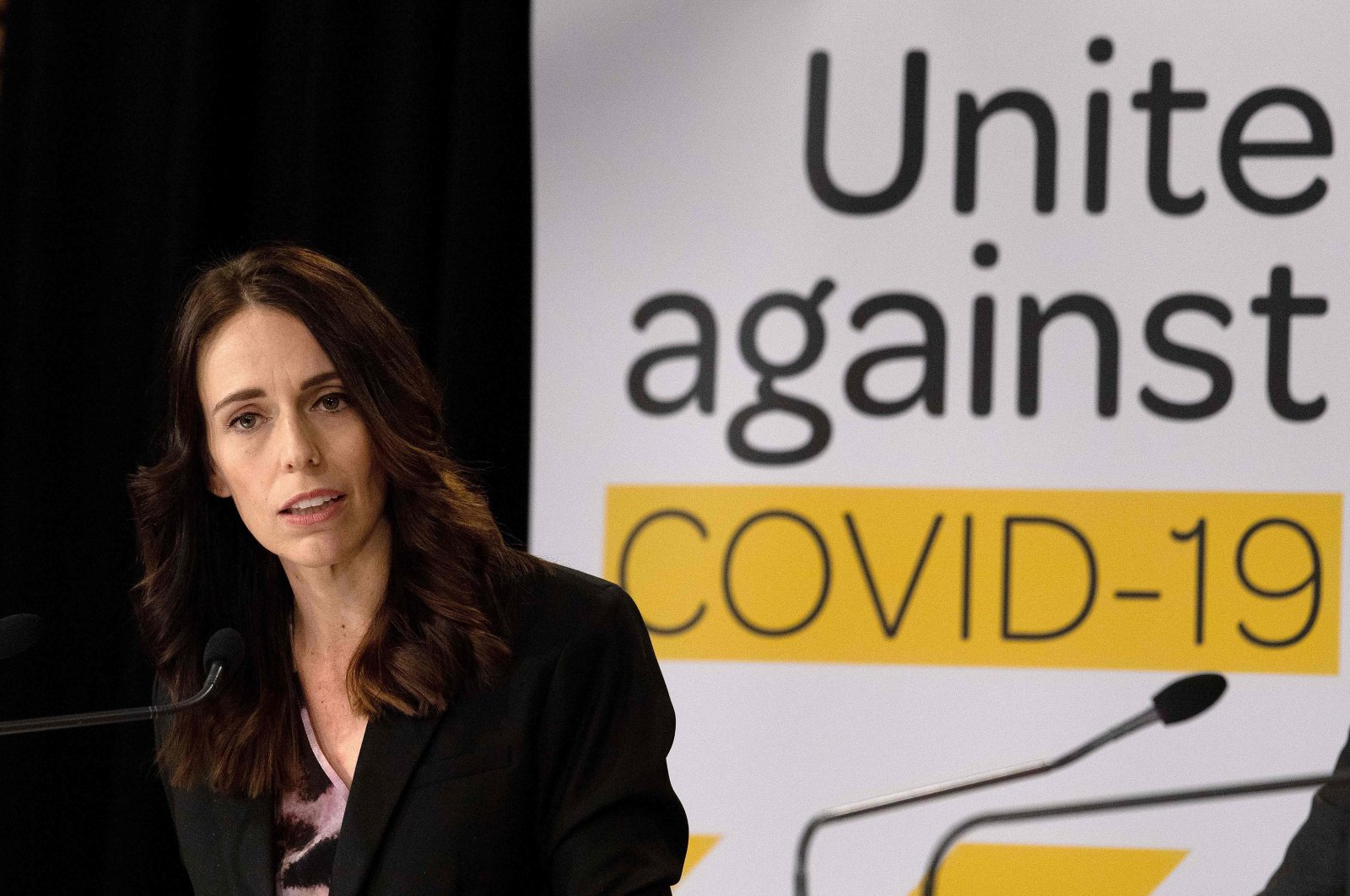 New Zealand's Prime Minister Jacinda Ardern speaks to the media during a press conference one day before the country goes on lockdown to stop any progress of the COVID-19 coronavirus, at Parliament in Wellington on March 24, 2020. (AFP Photo)
by French Press Agency - AFP Apr 15, 2020 8:13 am
RECOMMENDED

New Zealand Prime Minister Jacinda Ardern announced Wednesday she will take a 20 percent pay cut in a symbolic act of solidarity with people struggling financially during the coronavirus pandemic.

Ardern said her personal salary, those of her fellow ministers and of top public servants would be slashed by a fifth for six months.

"While it in itself won't shift the government's overall fiscal position, it is about leadership," she told reporters.

"This was always just going to be an acknowledgment of the hit that many New Zealanders will be taking at the moment."

The center-left leader said the cut would not be implemented across the public service.

"We are not suggesting pay cuts here, nor would New Zealanders find that appropriate."

New Zealand is in the midst of a four-week COVID-19 lockdown that has paralyzed the economy, with thousands of job losses already announced.

Economic modeling released by the Treasury Department this week predicted unemployment – currently about 4.0 percent – could soar to almost 26 percent in a worst-case scenario.

Ardern said her wage cut was a small contribution to easing pay inequalities in society.

"If ever there was a time to close the gap between different positions, it's now," she said.

"This is where we can take action which is why we have."