New Zealand votes to legalize euthanasia in binding referendum, says 'no' to marijuana 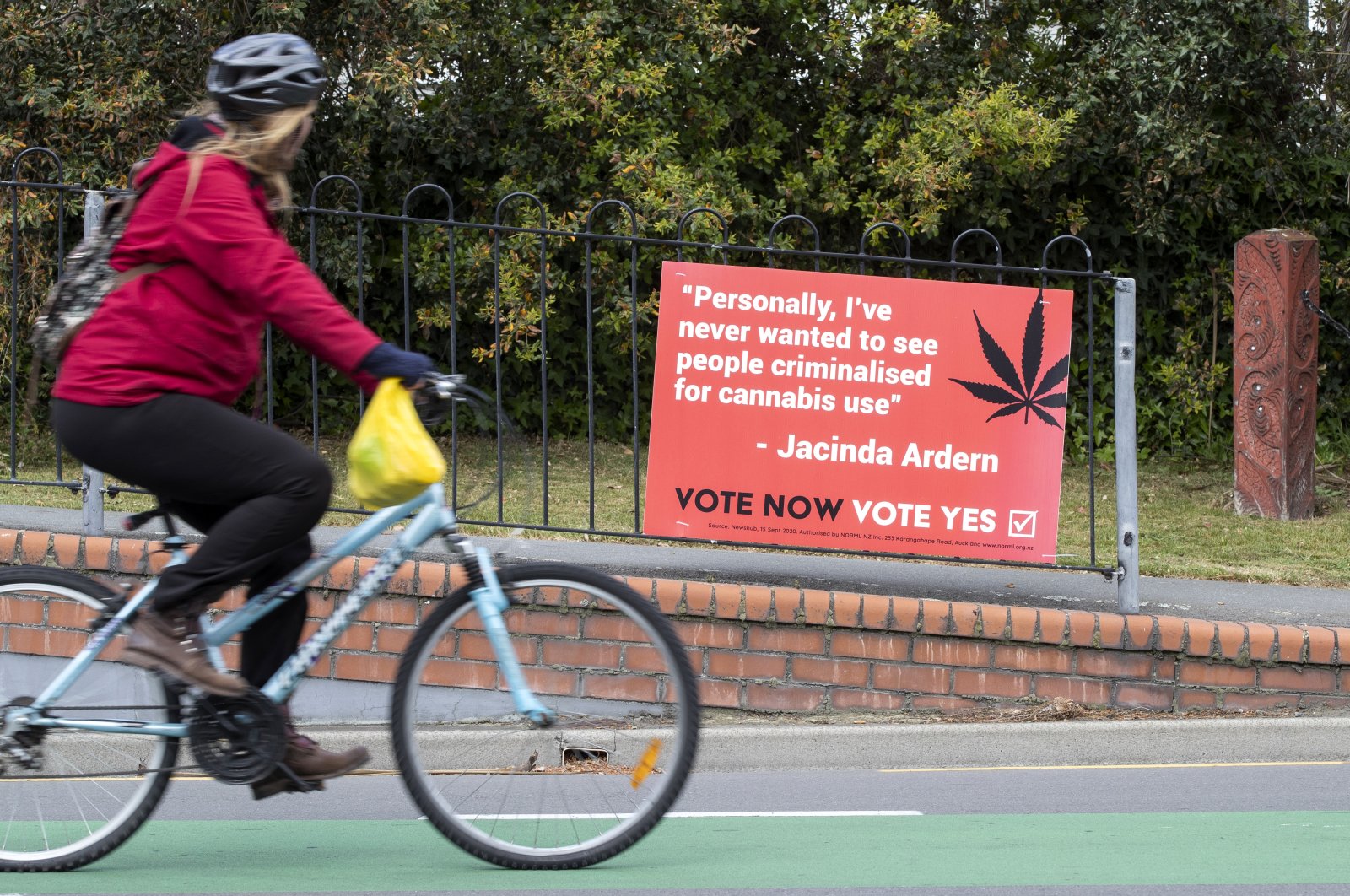 New Zealanders voted to legalize euthanasia in a binding referendum, but preliminary results released Friday showed they likely would not legalize recreational marijuana use.

With about 83% of votes counted, New Zealanders emphatically endorsed the euthanasia measure with 65% voting in favor and 34% voting against.

The "No" vote on marijuana was much closer, with 53% voting against legalizing the drug for recreational use and 46% voting in favor. That left open a slight chance the measure could still pass once all special votes were counted next week, although it would require a huge swing.

The two referendums represented significant potential changes to New Zealand's social fabric, although the campaigns for each ended up getting overshadowed somewhat by the coronavirus pandemic and a parallel political race, in which Prime Minister Jacinda Ardern and her liberal Labour Party won a second term in a landslide.

In past elections, special votes – which include those cast by overseas voters – have tended to track more liberal than general votes, giving proponents of marijuana legalization some hope the measure could still pass.

Proponents of legalizing the drug were frustrated that Ardern wouldn't reveal how she intended to vote ahead the Oct. 17 ballot. Many believed an endorsement by Ardern could have boosted support for the measure, but she said she wanted to leave the decision to New Zealanders. Ardern said Friday after the results were released that she had voted in favor of both referendums.

"This is a victory for common sense. Research shows cannabis causes mental health problems, reduced motivation and educational achievement, and increased road and workplace deaths," he said. "New Zealanders have rightly concluded that legalizing recreational cannabis would normalize it, make it more available, increase its use and cause more harm."

But liberal lawmaker Chlöe Swarbrick, from the Green Party, said they had long assumed the vote would be close and they needed to wait until the special votes were counted.

"We have said from the outset that this would always come down to voter turnout. We've had record numbers of special votes, so I remain optimistic," she said. "New Zealand has had a really mature and ever-evolving conversation about drug laws in this country and we've come really far in the last three years."

Proponents had argued the measure would reduce profits for gangs and improve social and legal outcomes for indigenous Maori.

The euthanasia measure, which would also allow assisted suicide and takes effect in November 2021, would apply to adults who have terminal illnesses, are likely to die within six months, and are enduring "unbearable" suffering. Other countries that allow some form of euthanasia include the Netherlands, Luxembourg, Canada, Belgium and Colombia.

"It is a victory for all New Zealand as we become a more compassionate and humane society," said lawmaker David Seymour, of the libertarian ACT Party. "Thousands of New Zealanders who might have suffered excruciating deaths will have choice, dignity, control, and autonomy over their own bodies, protected by the rule of law."

But Dr. John Kleinsman, an ethicist for the New Zealand Catholic Bishops, said the vote put vulnerable people on a dangerous path. He said the mere option of euthanasia would be a burden and pressure for many ailing people and their families, as well as for health care and religious workers.

The marijuana measure would allow people to buy up to 14 grams (0.5 ounce) a day and grow two plants. It was a non-binding vote, so if voters approved it, legislation would have to be passed to implement it. Ardern had promised to respect the outcome and bring forward the legislation, if it was necessary.

Other countries that have legalized or decriminalized recreational marijuana include Canada, South Africa, Uruguay, Georgia plus a number of U.S. states.