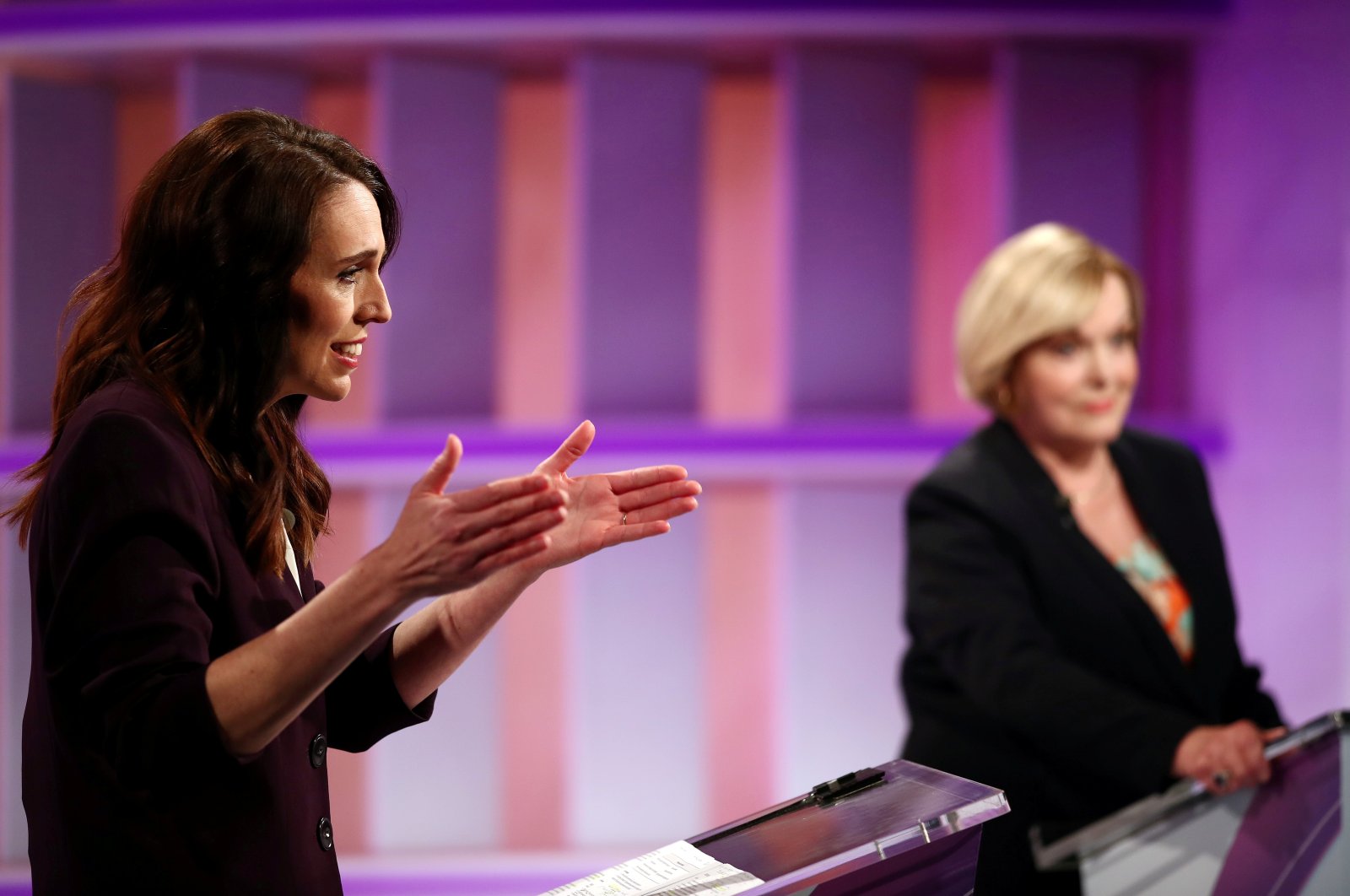 With two-thirds of the vote counted, Ardern's center-left Labour Party was on 49.2% and forecast to take around 64 seats in the 120-member parliament.

No leader has achieved an absolute majority since New Zealand adopted a proportional voting system in 1996, leading to a succession of multi-party governments.

While the count has not been finalized, the figures were enough for opposition leader Judith Collins to concede after phoning Ardern.

"Congratulations on your result because it is, I believe, an outstanding result for the Labour Party. It has been a tough campaign," Collins told cheering supporters in Auckland.

Her conservative National Party was expected to take around 35 seats in what appears to be its worst result in nearly 20 years.

Ardern's performance beat pre-election opinion polls and put Labour on course for its strongest showing since 1946.

Party president Claire Szabo praised the campaign of the charismatic leader, who sparked a wave of support dubbed "Jacinda-mania" when she took over the party in 2017 as it was languishing in the polls.

"There's no doubt the strong, great leadership we've had from Jacinda Ardern has been a massive factor in all this," she told NZ.

Ardern had dubbed the vote "the COVID election" and campaigned on her government's success in eliminating community transmission of the virus, which has caused just 25 deaths in a population of 5 million.

The pandemic is just one of a string of crises that showed Ardern's leadership qualities during a torrid first term.

She displayed both empathy and decisive action on gun control after a white supremacist gunman killed 51 Muslim worshippers in the Christchurch mosques attack last year.

"No matter what crisis is thrown my way, you will always be assured I will give my everything to this job, even if that means a huge sacrifice," she said this week.

Ardern faced criticism during her first term for failing to deliver on some key promises such as improving housing affordability and countering child poverty.

Greens co-leader Marama Davidson, whose party governed in coalition with Labour during the first term, said the prime minister now had a mandate to implement change.

"I want to congratulate Jacinda Ardern and her team on an extraordinary win," she said.

"The results show how much New Zealanders want a strong, truly progressive government."

Collins focused on the specter of the Greens forcing Ardern to adopt a wealth tax aimed at the aspirational middle class.

But her attacks failed to find traction and the party looks set to fall well short of the vote it recorded at the last election in 2017.

The conservative leader, known as "Crusher" for her hardline policies when police minister in a previous government, has vowed to stay on as leader regardless of the result.

About 3.5 million people are registered to vote, with 1.9 million, or well over half, casting their ballots early – a much higher figure than previous elections.

The vote was originally set for Sept. 19 but was delayed by a virus outbreak in Auckland that has now been contained.

Collins, who took over the National Party in July after a period of turmoil when the party had three leaders in three months, said the false start had cost her campaign momentum.

Voters also cast ballots in two referendums, one on legalizing recreational cannabis and the other on legalizing euthanasia, although the results of those votes will not be known until Oct. 30.