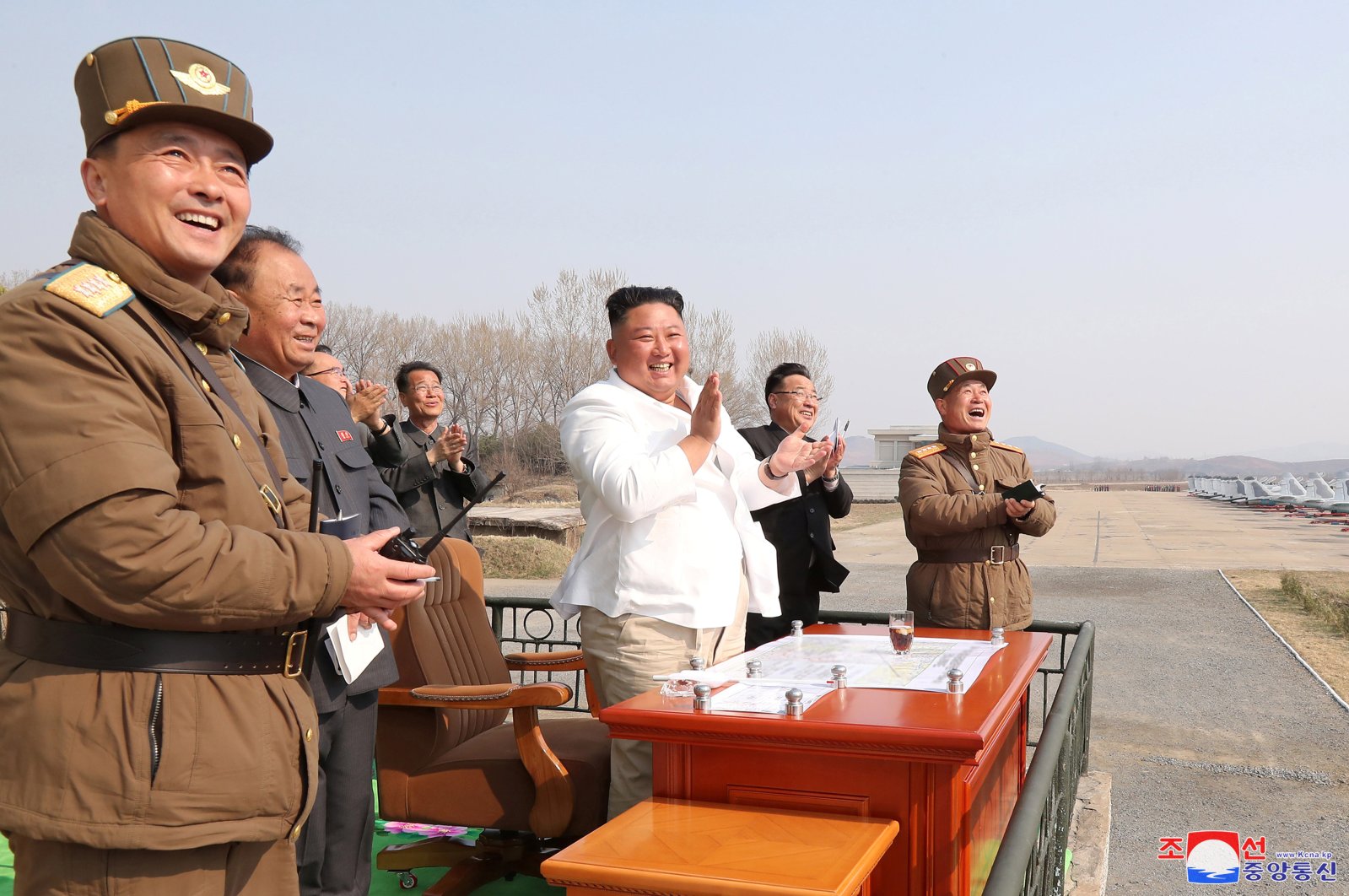 A barrage of North Korean missiles fired from the ground and fighter jets splashed down on the waters off the country's east coast on Tuesday, South Korea’s military said, a major show of force on the eve of a key state anniversary in the North and parliamentary elections in rival South Korea.

The back-to-back launches were the most high-profile among a series of weapons tests that North Korea has conducted recently amid stalled nuclear talks and outside worries about a possible coronavirus outbreak in the country.

North Korean troops based in the eastern coastal city of Munchon first launched several projectiles – presumed to be cruise missiles – on Tuesday morning, South Korea’s Joint Chiefs of Staff said in a statement.

The weapons flew more than 150 kilometers (93 miles) off the North’s east coast, a South Korean defense official said. If confirmed, it would be the North’s first cruise missile launch since June 2017, said the official, who spoke on condition of anonymity, citing department rules.

The official said North Korea has recently appeared to be resuming its military drills that it had scaled back due to concerns about the coronavirus pandemic. He said other North Korean fighter jets also flew on patrol near the border with China on Tuesday.

In recent weeks, North Korea has test-launched a variety of missiles and other weapons amid deadlocked nuclear negotiations with the U.S.

It's unusual for North Korea to launch cruise missiles. Most of the weapons it had tested recently were ballistic missiles or long-range artillery shells. Some experts say North Korean cruise missiles target U.S. naval assets that would be reinforced in the event of an armed conflict on the Korean Peninsula.

All the recently tested missiles were short-range and didn’t pose a direct threat to the U.S. mainland. A test of a missile capable of reaching the U.S. would end North Korea’s self-imposed moratorium on major weapons tests and likely completely derail nuclear diplomacy with the U.S.

Some experts say North Korea likely used the latest weapons launches to bolster its striking capability against South Korea, which has been introducing U.S.-made stealth F-35 jets and other sophisticated conventional weapons systems in recent years. Others say the latest weapons tests were also aimed at shoring up internal unity in the face of U.S.-led sanctions and the coronavirus pandemic.

North Korea has repeatedly said there has been no coronavirus outbreak on its soil. But many foreign experts are skeptical of that claim and have warned that a coronavirus outbreak in the North could become a humanitarian disaster because of the country’s chronic lack of medical supplies and fragile health care infrastructure.