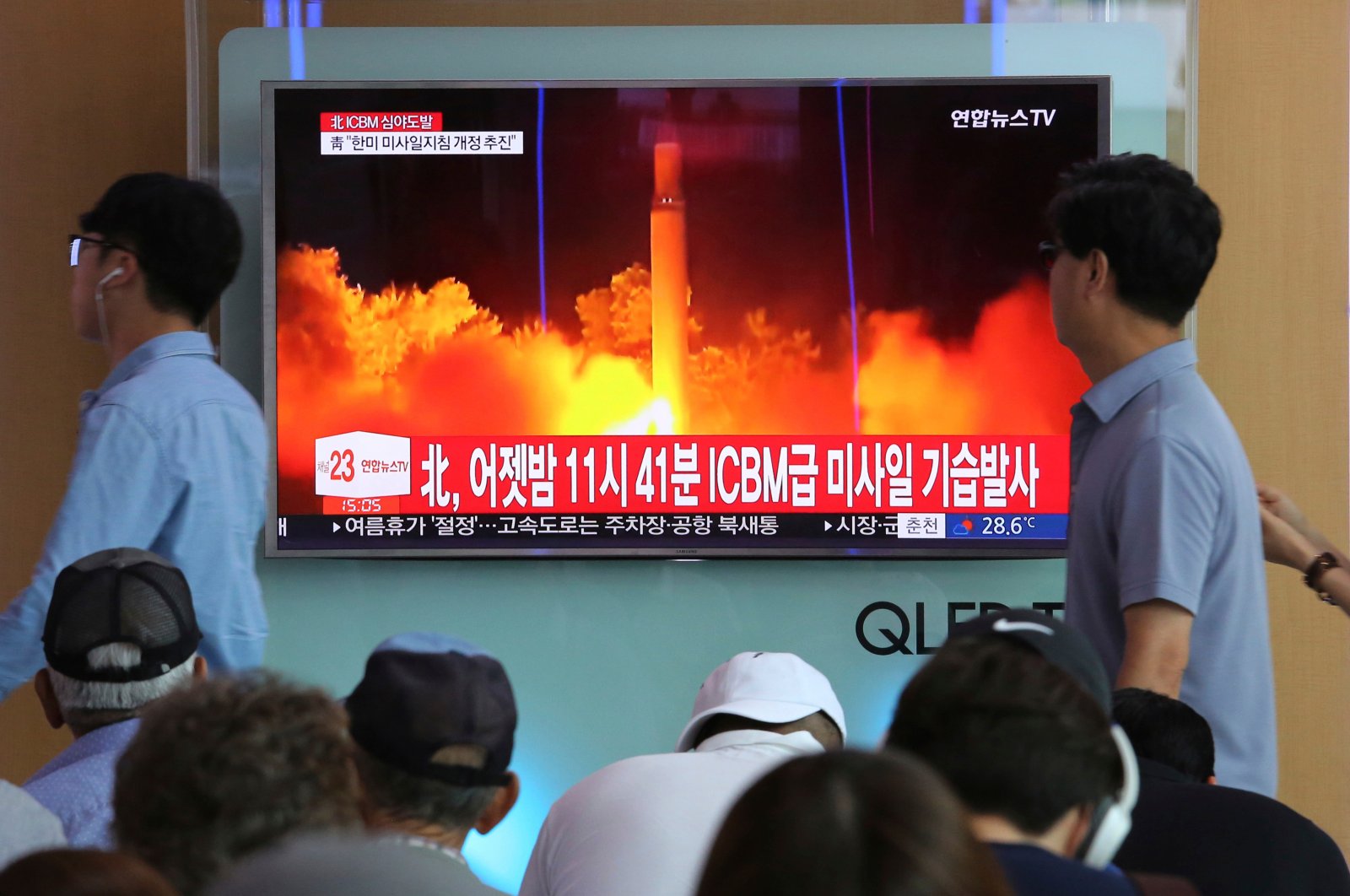 North Korea on Saturday issued another angry statement against Seoul, this time excoriating it for "nonsensical" statements on the stalled dialogue about Pyongyang's nuclear weapons.

South Korea has been the target of a wave of angry statements recently from the North, which has accused Seoul of allowing defectors to launch leaflets critical of leader Kim Jong Un into its territory.

"It is really preposterous to hear the balderdash of south Korean authorities... who do not have either any qualification to discuss, or... poke their noses into the matters between" Pyongyang and Washington, Kwon Jong Gun, the North's foreign affairs official in charge of negotiating with the U.S., said in a statement.

Kwon denounced Seoul for trying to "meddle" in the process in the statement, which was carried by North Korea's official KCNA news agency and concluded with the warning: "It is better to stop a nonsensical talking about denuclearization."

The broadside came a day after Pyongyang issued a stinging denunciation of the United States on the second anniversary of a landmark summit in Singapore where U.S. President Donald Trump shook hands with North Korean leader Kim Jong Un.

It contained some of the harshest criticism Pyongyang has sent Washington's way in recent months and cast doubts over the future of the long-deadlocked nuclear talks process.

Kwon doubled down on that position in Saturday's statement, saying North Korea "will continue to build up our force in order to overpower the persistent threats from the United States."

Inter-Korean ties have been at a standstill since the collapse of the second U.S.-North summit in Hanoi in February last year, with a deadlock over the concessions Washington was willing to offer in return for Pyongyang's denuclearization measures.