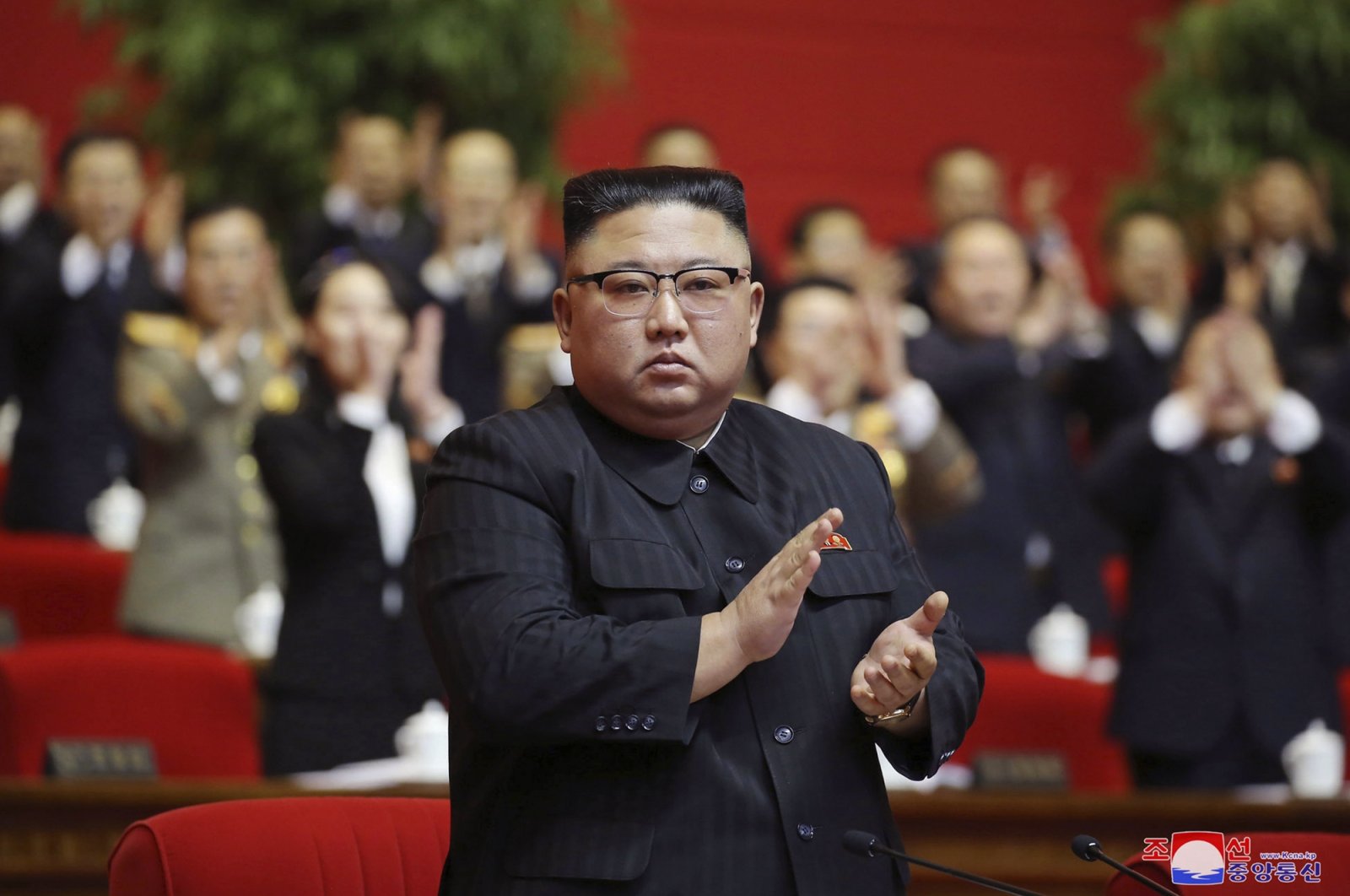 North Korean leader Kim Jong Un was given the new title of general secretary of the ruling Workers’ Party, a designation formerly held by his late father and grandfather, state media reported Monday, in a move apparently aimed at bolstering his authority amid growing economic challenges.

Giving Kim the new title was the latest in a series of steps that North Korea has taken during its ongoing ruling party congress, the first of its kind since 2016.

The congress announced Kim’s new title during the sixth day of the meeting on Sunday. A congress statement said Kim "has gloriously realized the historic mission to complete the country’s nuclear build-up plan,” according to the official Korean Central News Agency.

It’s largely a symbolic appointment as Kim already was the party’s top leader. During a 2016 party congress, he was named party chairperson, the equivalent of general secretary, a title held by his father, Kim Jong Il, and grandfather, Kim Il Sung.

Before the 2016 congress, Kim had led the party with the title of first secretary. When Kim inherited the country's leadership upon his father’s death in late 2011, some foreign experts initially questioned his grip on power. But Kim, who turned 37 on Friday, has gradually consolidated his power through a series of high-profile executions and purges that removed his potential rivals.

He has also taken up a spate of top jobs that includes chairperson of the State Affairs Commission and supreme commander of North Korea’s 1.2 million-member military, along with the top party post. Cheong Seong-Chang, a fellow at the Wilson Center’s Asia Program, said Kim likely restored the old general secretary title after determining that it would further benefit his dictatorship.

Under the previous title systems, Cheong said that there were too many chairpeople and vice chairpeople at various levels, and that authorities appeared to have thought it wasn’t helpful for Kim's authority.

During congress meetings last week, Kim labeled the U.S. "our foremost principal enemy” and disclosed a list of high-tech nuclear weapons systems under development to cope with what he called intensifying American hostility.

He said the fate of relations between Pyongyang and Washington depend on whether the U.S. abandons its hostile policy. Kim acknowledged that a previous five-year economic development plan failed and disclosed a new economic plan that focuses on building a stronger self-supporting economy and reducing reliance on imports. He said the new plans would include more investments in the metal and chemical industries, and increasing the production of consumer goods.

Kim’s latest nuclear threats were likely meant to pressure President-elect Joe Biden to resume diplomacy and make concessions after he takes office next week. But some experts say Biden, who has criticized Kim’s made-for-camera summits with President Donald Trump, won’t do so.

They say Kim’s new economic plan lacks substance, and that much of North Korea’s chronic economic difficulties are a result of its decades-long mismanagement, self-imposed isolation and U.S.-led sanctions taken due to his nuclear program, which is banned by the United Nations. "There was no willingness demonstrated to take denuclearization steps for sanctions relief,” said Leif-Eric Easley, a professor at Ewha University in Seoul.

"His new economic plan doesn’t look that new, as it continues the fiction of self-reliant production to advance North Korean-style socialism," he said.

Easley said the North Korean plans were "not realistic." "It’s one thing to present an ambitious list of economic and military goals, but quite another to pay for and implement them," he said.

Kim has pushed to simultaneously achieve economic growth and the expansion of his nuclear deterrent.

After claiming to have achieved the ability to strike the U.S. mainland with nuclear weapons, he launched high-stakes summits with Trump in 2018 to win sanctions relief and revive the economy.

But the diplomacy collapsed the following year after Trump rejected Kim’s push to get extensive sanctions relief in return for a limited denuclearization step.

South Korea’s military said it had obtained intelligence showing North Korea staged a military parade at a Pyongyang square on Sunday night. A statement from the Joint Chiefs of Staff on Monday said it was checking whether it was an actual parade or a rehearsal.

The parade likely featured new weapons systems in a show of force against the incoming Biden administration, observers said.