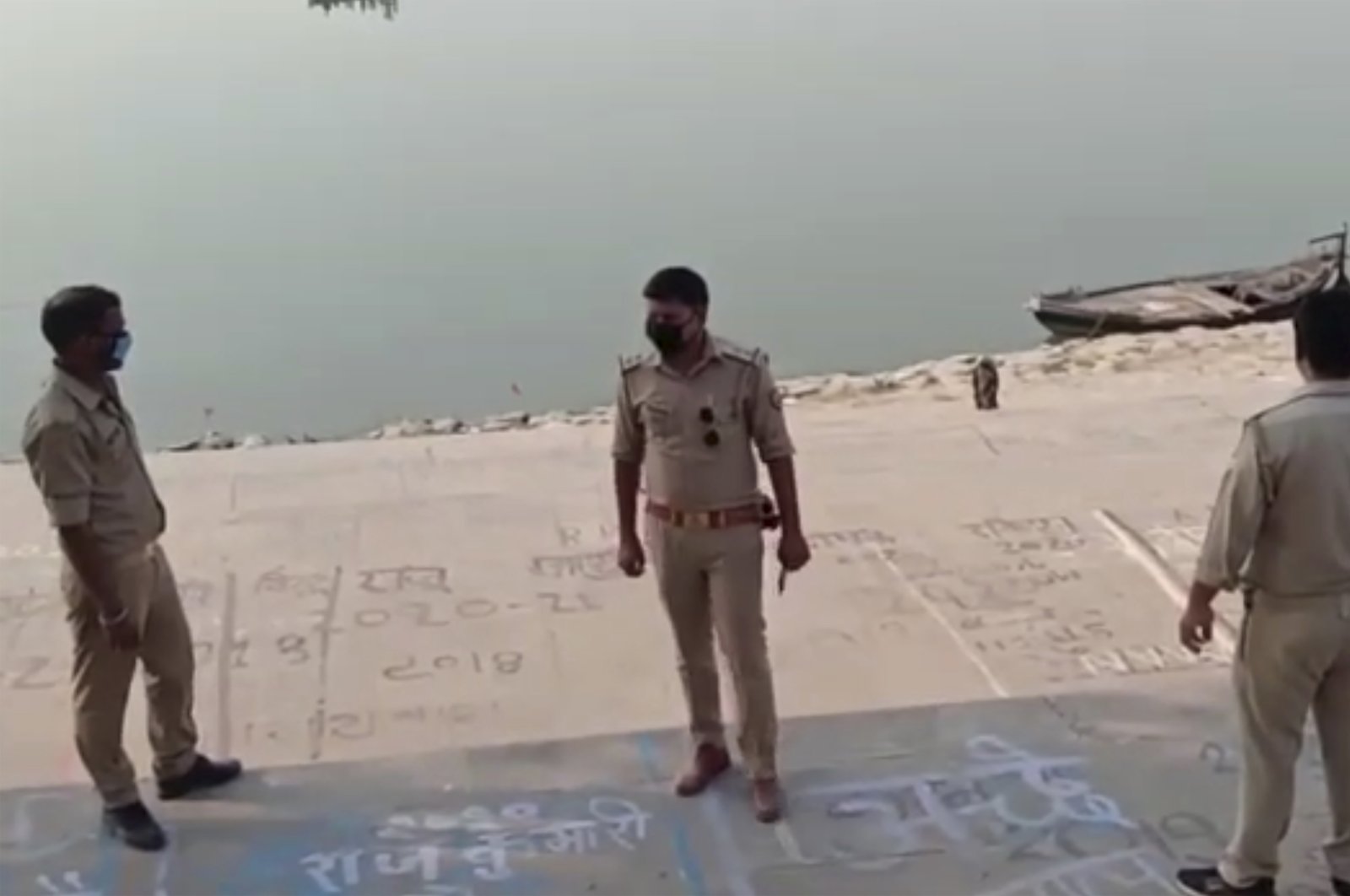 This frame grab from video provided by KK Productions shows police officials standing guard at the banks of the river where several bodies were found lying in Ghazipur district in Uttar Pradesh state India, Tuesday, May 11, 2021. (AP Photo)
by ASSOCIATED PRESS May 11, 2021 5:33 pm

Amid India’s ongoing battle against a ferocious surge in COVID-19 infections, scores of dead bodies have been found floating down the Ganges River in the eastern part of the country. Authorities said Tuesday they have yet to determine what caused the deaths.

Images on social media of the bodies floating in the river prompted outrage and speculation that they died from COVID-19. Authorities performed post mortems on Tuesday but said they could not confirm the cause of death due to the decomposition of the bodies.

More corpses were found floating in the river on Tuesday, washing up in Ghazipur district in neighboring Uttar Pradesh state. Police and villagers were at the site, about 50 kilometers (30 miles) from Monday’s incident.

“We are trying to find out where did these dead bodies come from? How did they get here?” said Mangla Prasad Singh, a local official.

Bihar and Uttar Pradesh are experiencing rising COVID-19 cases as infections in India grow faster than anywhere else in the world.

On Tuesday, the country confirmed nearly 390,000 new cases, including 3,876 more deaths. Overall, India has had the second-highest number of confirmed cases after the U.S. with nearly 23 million and over 240,000 deaths. All of the figures are almost certainly a vast undercount, experts say.