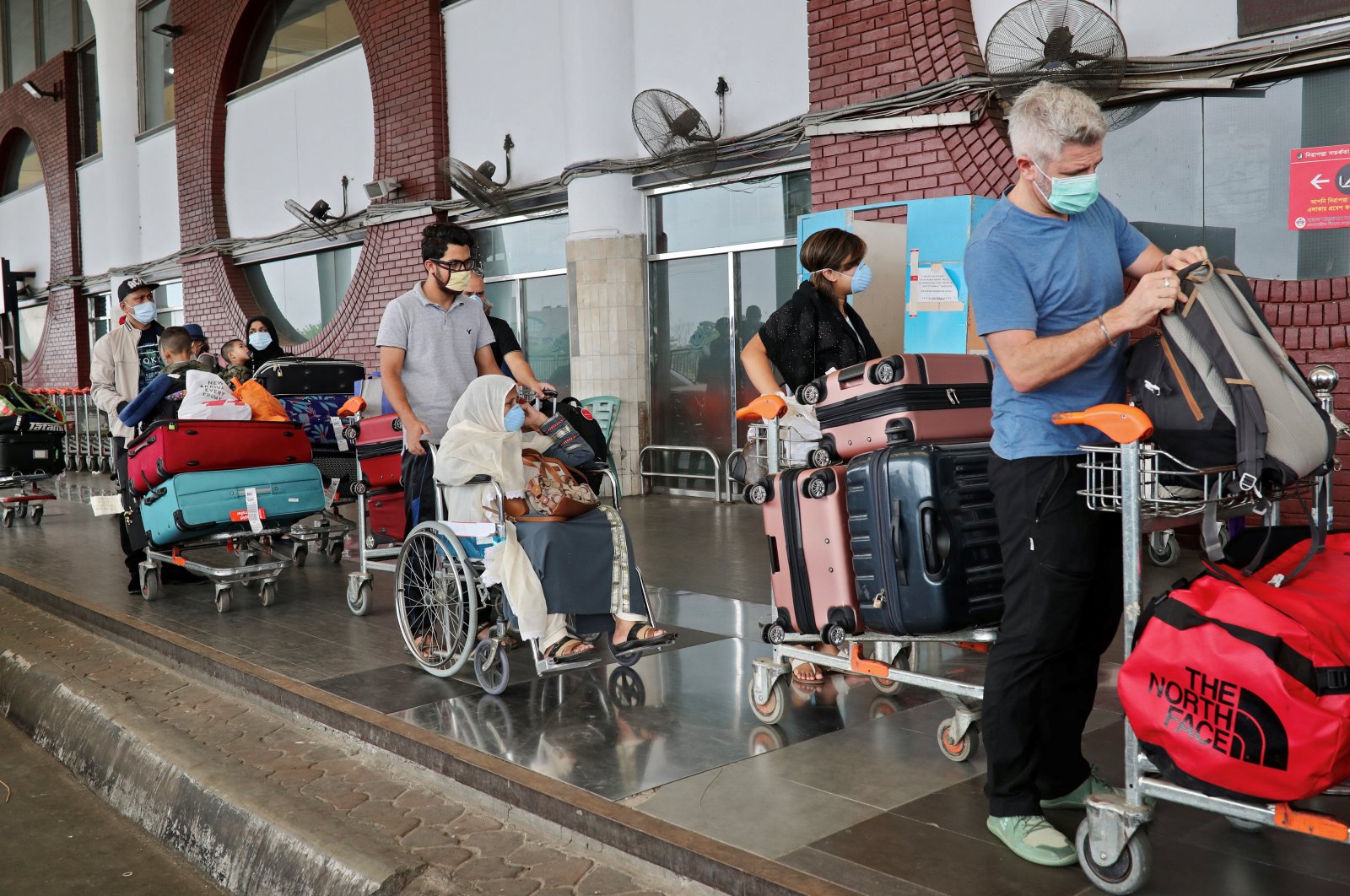 Citizens of UK arrive at the Hazrat Shahjalal International Airport to leave Bangladesh on a special flight amid the coronavirus outbreak in Dhaka, Bangladesh, April 21, 2020. (Reuters Photo)
by Anadolu Agency Jan 08, 2021 10:39 am

Pakistan's envoy to Bangladesh on Thursday confirmed that Islamabad has lifted all restrictions on visas for Bangladeshi citizens.

"The two sides agreed to intensify bilateral contacts at all levels,” the statement added.

The move is being seen as an ice breaker in the frosty relations between the two South Asian countries. Bangladesh gained independence from Pakistan after a bloody war in 1971.

Speaking to Anadolu Agency (AA) after the meeting, Siddiqui said they are waiting for the same response from the Bangladeshi side.

"Bangladesh's restrictions on Pakistani nationals is still in place and that is why I informed the state minister that we have already lifted all bars from our side,” he said.

In a separate statement issued by the Bangladeshi Foreign Ministry, Alam was quoted as saying, "We look forward to engaging with Pakistan.”

Alam urged Pakistan to offer an official apology "for the genocide committed in the Bangladesh Liberation War of 1971."