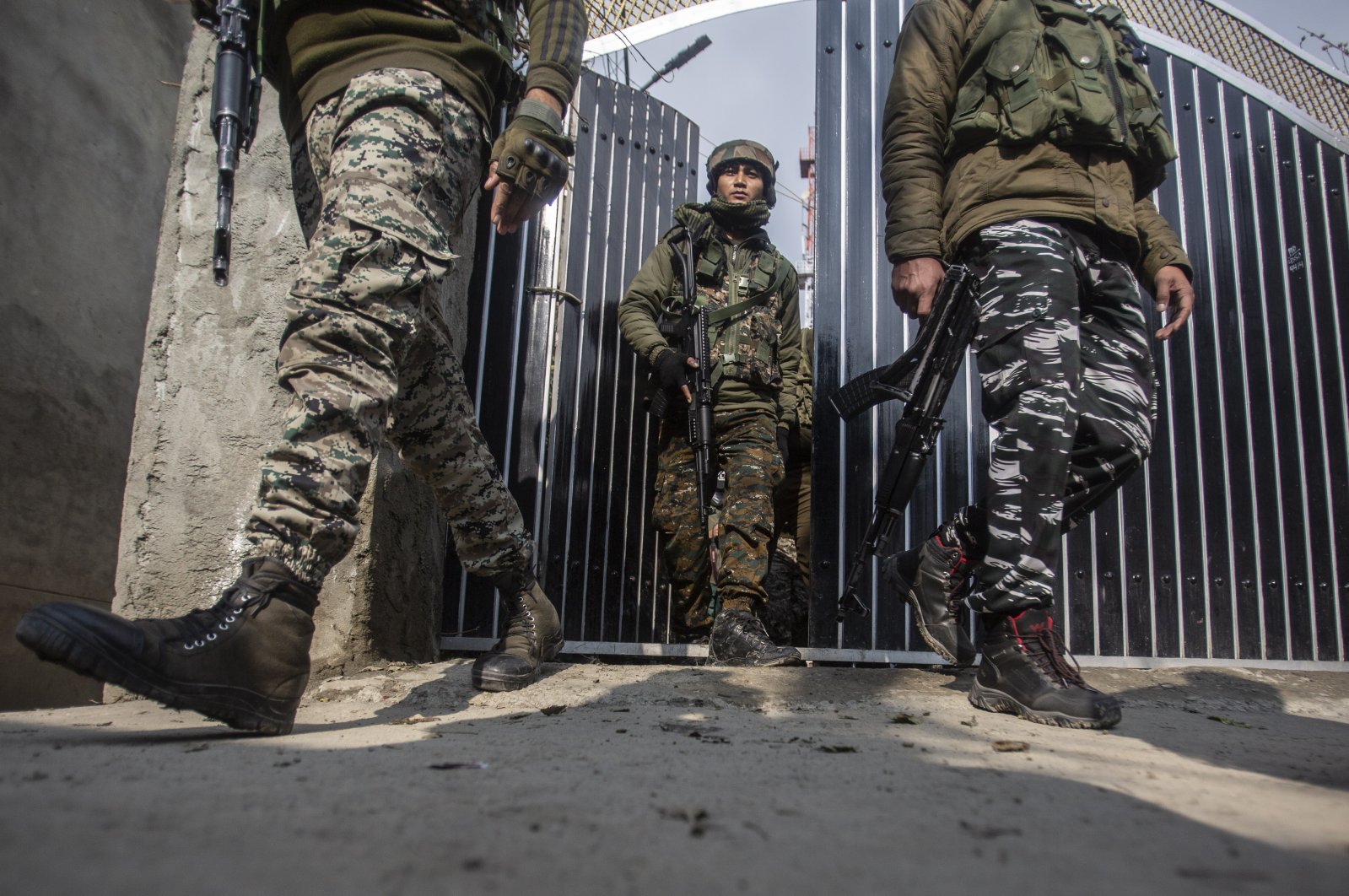 Indian soldiers come out of the house of a leader of the People’s Democratic Party where a personal security officer was killed in a rebel attack in Srinagar, Kashmir, Dec. 14, 2020. (AP Photo)
by German Press Agency - DPA Dec 19, 2020 3:22 pm
RECOMMENDED

Pakistan summoned a senior Indian diplomat on Saturday to protest an alleged cease-fire violation and the "deliberate targeting" of United Nations observers in the disputed Kashmir region.

"It was communicated to the Indian side that the brazen act was a flagrant violation of established international norms and represented a complete disregard for principles enshrined in the United Nations Charter," the Foreign Ministry said in a statement.

On Friday, Pakistan accused Indian troops of "deliberately" opening fire on a U.N. vehicle carrying two observers on the Pakistani side of the Line of Control (LoC), a de facto frontier that divides Kashmir into two parts controlled by Pakistan and India.

The U.N. observers were on their way to meet with the victims of the Indian cease-fire violation. Both the observers remained unharmed and were evacuated by the Pakistani army.

An Indian decision in August last year to strip the part of Kashmir it controls of its special autonomous status has triggered fresh tensions and deadly skirmishes.

"This year alone, India has committed 2,992 cease-fire violations to date, resulting in 27 deaths and serious injuries to 249 innocent civilians, including 92 women and 68 children," a foreign office spokesperson told a weekly press briefing on Friday.

The nuclear-armed South Asian neighbors have already fought two of their three wars over Kashmir, a scenic Himalayan valley.