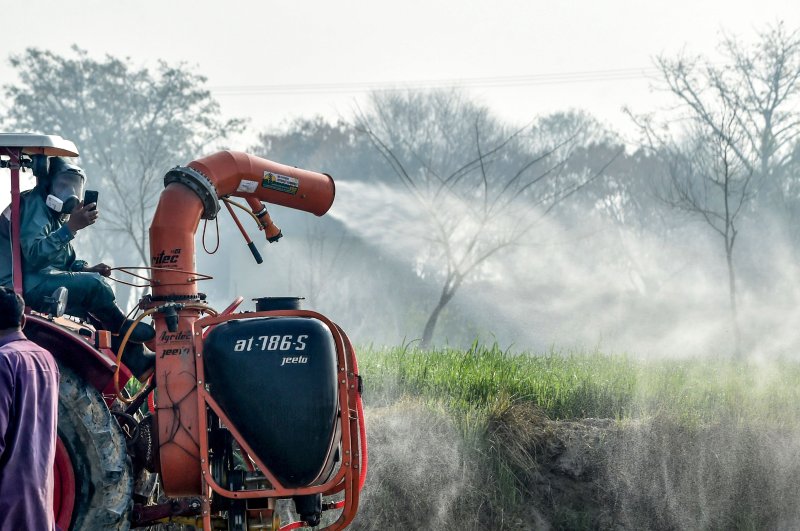 Pakistan's farmers are struggling to combat the worst locust plague in nearly three decades as insect swarms decimate entire harvests in the country's agricultural heartlands and send food prices soaring. Heavy rains and cyclones sparked unprecedented breeding and the explosive growth of locust populations on the Arabian Peninsula early last year, according to the United Nations.

The insects have since fanned out and wreaked havoc on farms from East Africa to India before making their way into Pakistan from the desert on the country's southwestern border with Iran.

The crisis is so severe that the government has declared a nationwide emergency and urgently appealed for help from the international community.

Officials in southern Sindh province fear the infestation will devastate the supply of cotton, the local cash crop, ahead of its harvest in the coming months.

Local surveys of the damage are continuing, but the Sindh Chamber of Agriculture says nearly half of all crops have been destroyed near the port city of Karachi. "I have not seen an infestation like this one in my career," said Shehbaz Akhtar, an agricultural official charged with locust eradication efforts in the village of Pipli Pahar in central Punjab province.