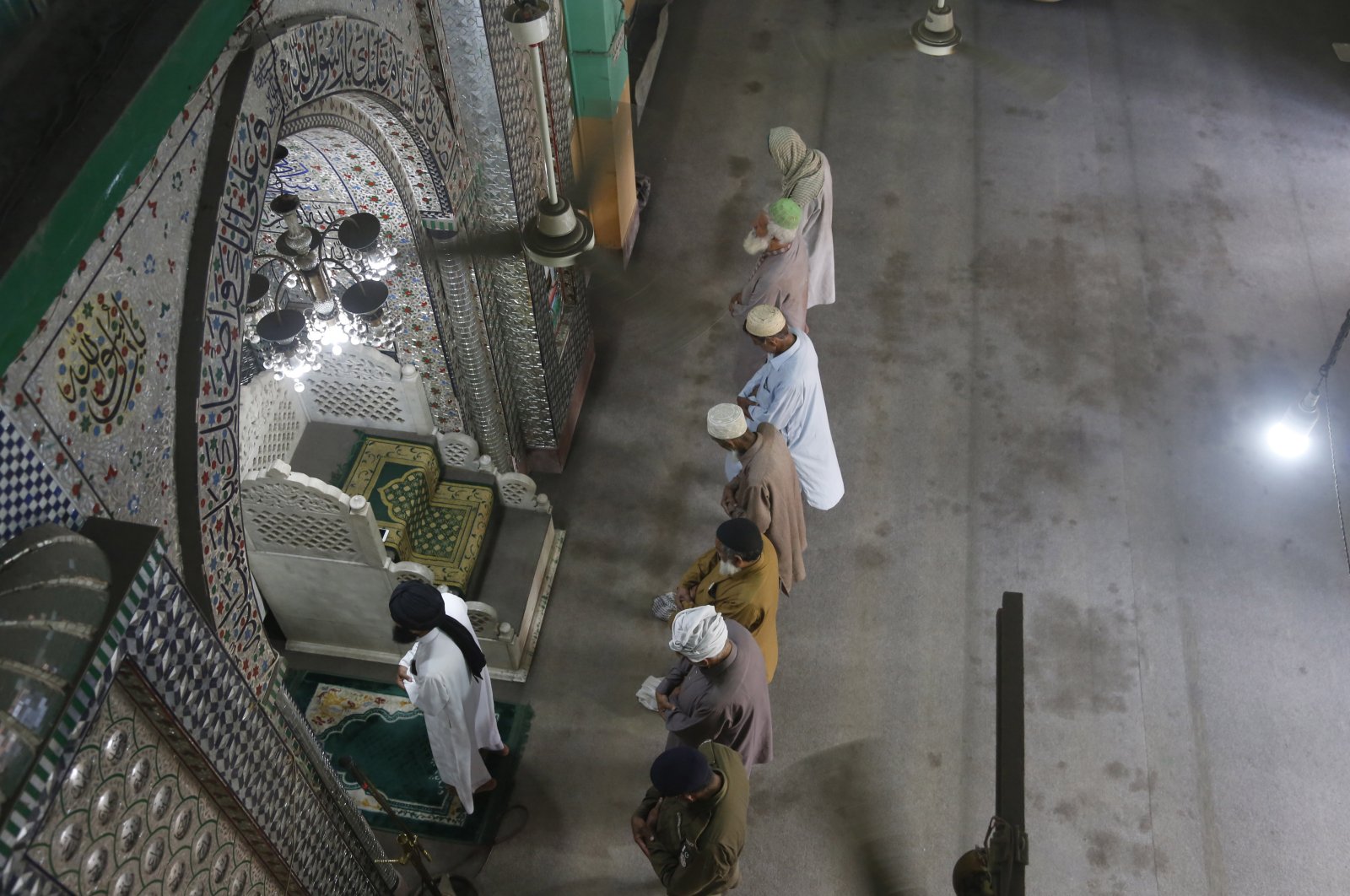 People attend Friday prayers at a mosque during a nation-wide lock down as a preventive measure against the outbreak of coronavirus, in Lahore, Pakistan, April 17, 2020. (AP Photo)
by REUTERS Apr 18, 2020 6:17 pm
RECOMMENDED

Pakistan has lifted restrictions on congregational prayers at mosques, but put in place a host of safety conditions to avert the further spread of the coronavirus in the country, a statement said on Saturday.

The South Asian nation, the second most populous Muslim country in the world, imposed the restrictions less than a month ago, allowing only three to five people at mosques for prayers.

The decision to lift restrictions, taken in a meeting between Pakistani President Arif Alvi and religious leaders, comes less than a week before the Muslim holy month of Ramadan, in which the size of congregations typically increases.

"Mosques are given permission conditional to taking due precautions," a statement following the meeting said, adding that it was mandatory for mosque visitors to wear masks.

Pakistan has registered 7,638 cases of the virus and 143 deaths and health experts warn that congregations pose the biggest threat to the limited health care infrastructure of a country of more than 200 million people.

According to the statement it was also decided worshippers would maintain a 6-foot (2-meter) distance from each other instead of the usual Muslim practice of praying shoulder-to-shoulder and that mosque administrations will disinfect premises regularly.

The government had been under pressure to reverse the congregation restrictions, and clashes between mosque attendees and police had been reported in Karachi, the country's largest city.

Earlier this week renowned clerics threatened to violate the restrictions, saying prayers were essential for Muslims and should be allowed as long as safety measures were observed.

While the government has reversed the restrictions, the statement warned that it reserved the right to review the matter if guidelines were violated.

Prime Minister Imran Khan on Tuesday announced a 14-day extension to a countrywide lockdown, but eased curbs on essential industries to counter economic shocks as IMF and the World Bank gave bleak outlooks for the country's economy.

Khan said in a televised briefing on Saturday that Pakistan could see a peak in the spread of the virus in mid May.