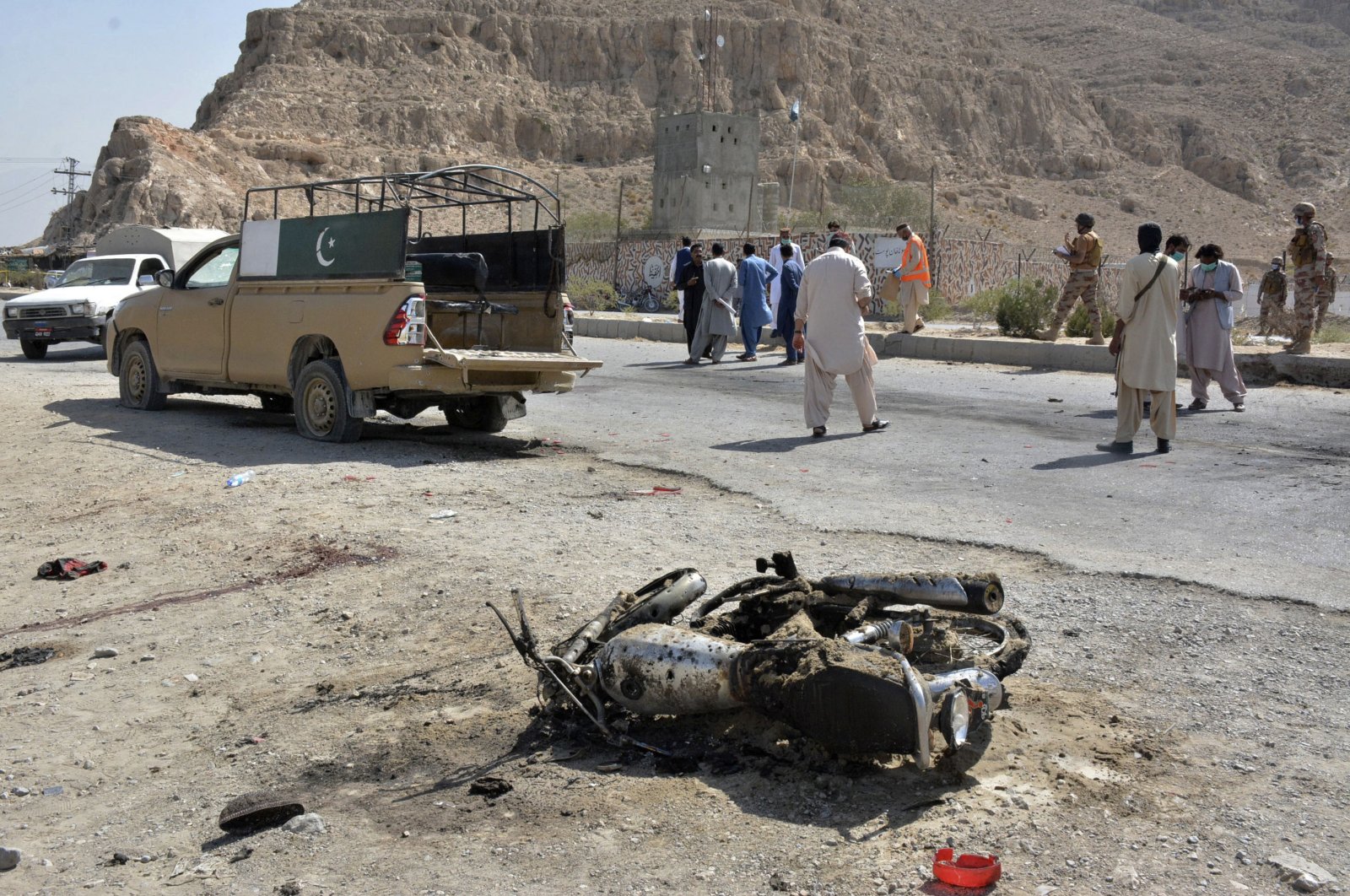 Security officials examine the site of suicide bombing in a checkpoint on the outskirts of Quetta, Pakistan, Sept. 5, 2021. (AP Photo)
by ASSOCIATED PRESS Sep 05, 2021 10:42 am
RECOMMENDED

At least three paramilitary troops were killed and 15 others injured after a suicide bomber attack near a security checkpoint in restive southwestern Pakistan, police said Sunday.

Senior police officer Azhar Akram said the attacker had walked toward the checkpoint manned by the paramilitary Frontier Corps on Quetta-Mastung Road, some 25 kilometers (15 miles) south of Quetta, the capital of Baluchistan province. He said body parts were found at a distance from the security post after the bombing.

Akram said some of the wounded were in critical condition and the death toll could rise.

It was the first time TTP claimed an attack on Pakistani security forces since the Taliban – a separate organization – took control of neighboring Afghanistan. Baluchistan has also seen a low-level insurgency by Baluch separatist groups for nearly two decades calling for independence for the gas and mineral-rich province.

Most attacks on security forces in Baluchistan in the recent past have been claimed by Baluch separatist groups Baluch Liberation Army and Baluch Liberation Front. Baluchistan, bordering Iran and Afghanistan, is a key province in southwest Pakistan, where China has been working on projects related to the China-Pakistan Economic Corridor. The projects, including road construction, power plants and agricultural development, have cost billions of dollars.

China has in recent years also played a key role in developing the deep-water port of Gwadar on the Arabian Sea. But there have been attacks on Pakistanis and Chinese working on the economic corridor projects. A suicide bomber last month detonated his explosives near a vehicle carrying Chinese workers, killing two Pakistani children playing by the roadside and wounding a Chinese national and two other Pakistanis in the port city of Gwadar.

Suspected separatists also last month hurled a hand grenade at a store selling national flags in Quetta, killing one man and wounding four others who were buying flags to celebrate Pakistan's Independence Day.