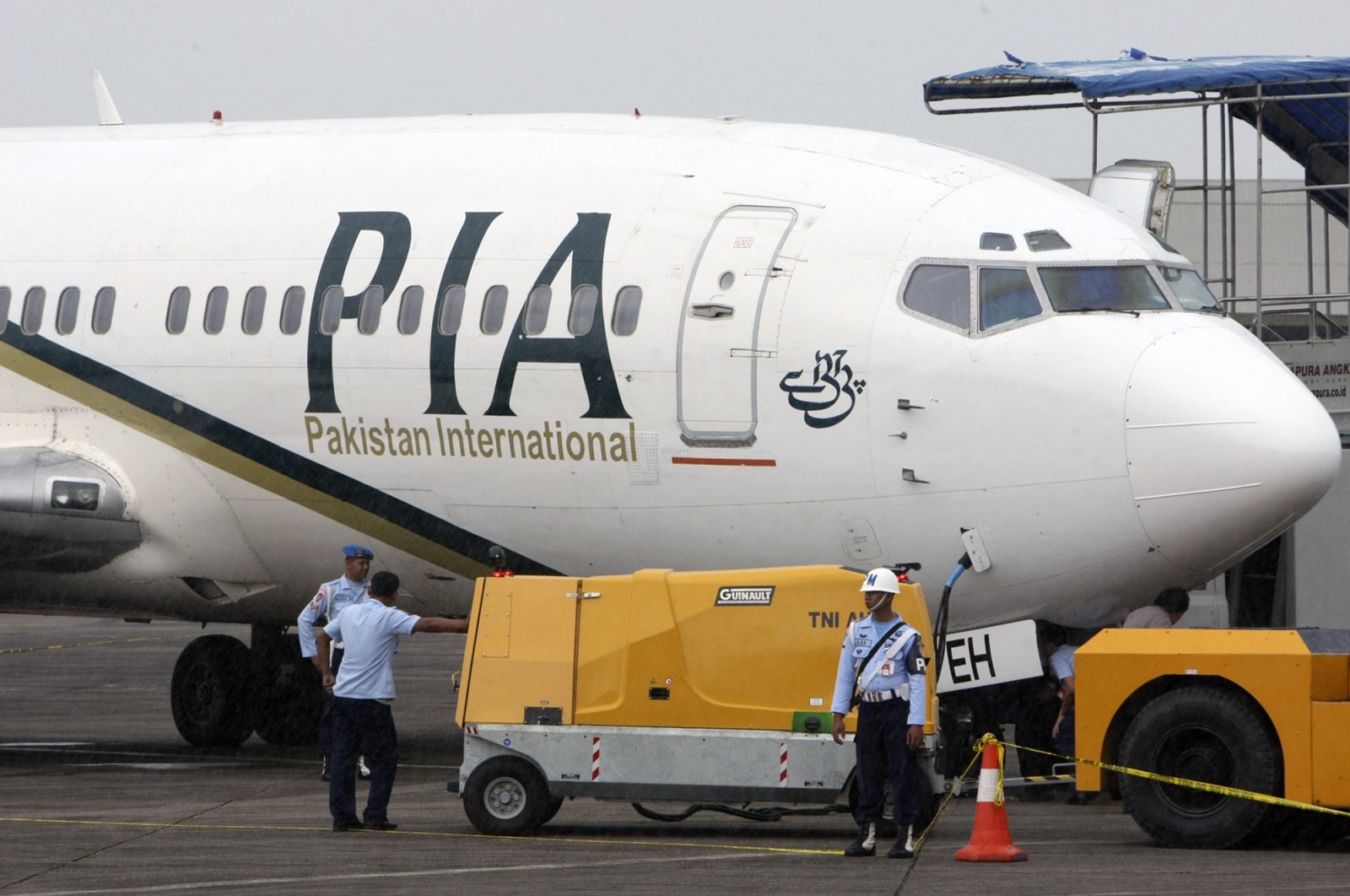 A Pakistan International Airlines passenger jet is parked on the tarmac at a military base in Makassar, Indonesia, March 7, 2011. (AP File Photo)
by French Press Agency - AFP Sep 11, 2021 11:06 am

Kabul airport was severely damaged during a chaotic evacuation of over 120,000 people that ended with the withdrawal of U.S. forces on Aug. 30. The Taliban have been scrambling to get it operating again with Qatari technical assistance.

"Our first commercial plane ... is scheduled to fly from Islamabad to Kabul on September 13."

Khan said the service would depend on demand.

"We have received 73 requests, which is very encouraging ... from humanitarian relief agencies and journalists," he said.

In the last two days, Qatar Airways has operated two charter flights out of Kabul, carrying mostly foreigners and Afghans who missed being taken out during the evacuation.