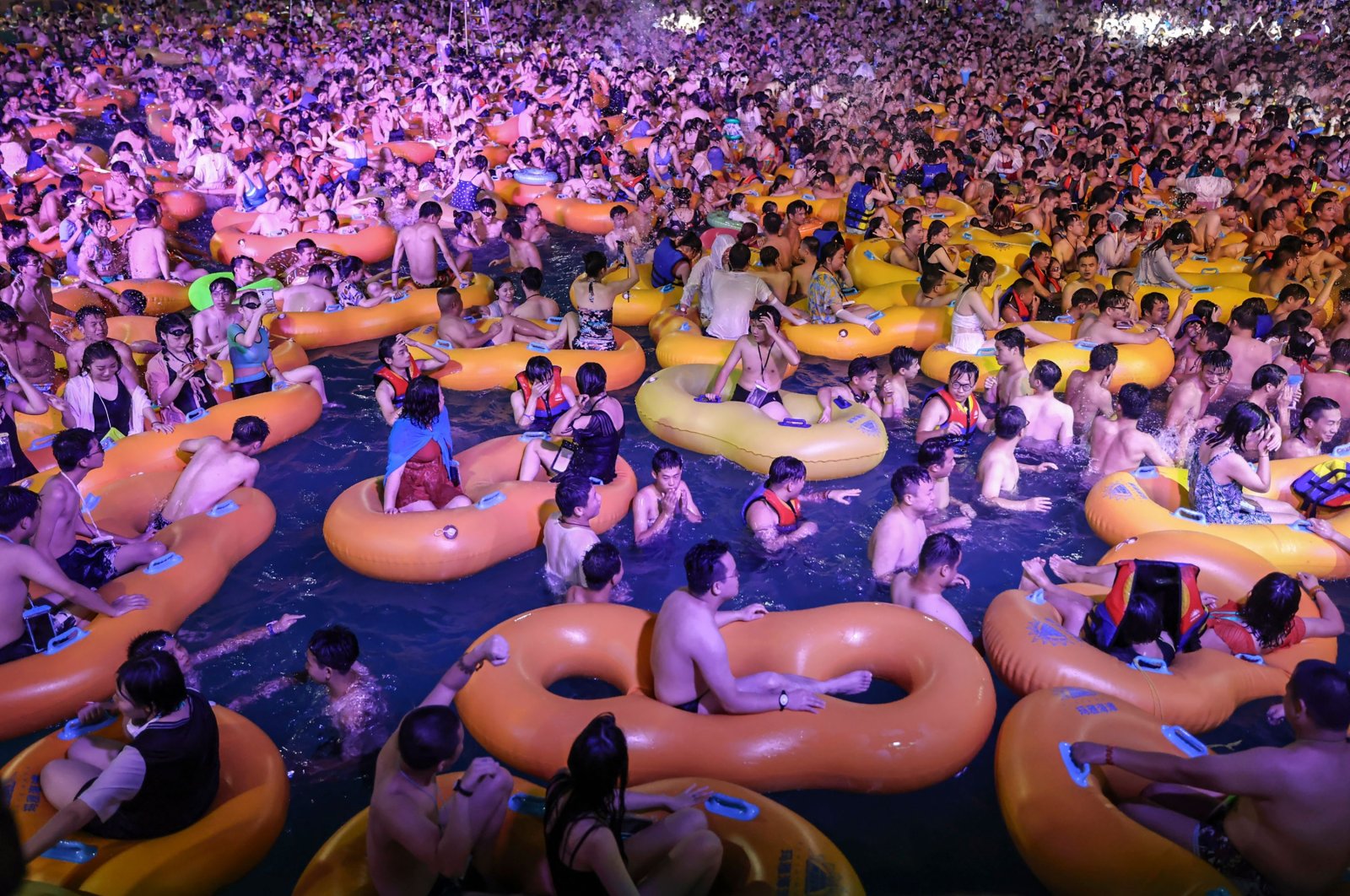 Thousands of partygoers packed a water park over the weekend in the central Chinese city of Wuhan, where the coronavirus first emerged late last year, keen to party as the city edges back to normal life.

The popular Wuhan Maya Beach Water Park was filled with people frolicking in swimsuits and goggles for an electronic music festival, many perched on rubber dinghies or wading up to their chest in water.

The water park reopened in June after Wuhan gradually opened up after a 76-day lockdown and strict restrictions to try and control the spread of the virus.

The park, which local media says has capped attendance at 50% of normal capacity, is offering half-price discounts for female visitors.

A performer in a stage show at the front of the water waved at the crowd, packed close and waving their arms back, some snapping photos on phones protected in plastic pouches around their necks.

Another performer on a water jet board entertained his audience by hovering above them with sparks shooting from his back.

Some of the crowd had donned life jackets, but none of the tightly packed partygoers were seen to be wearing face masks as a DJ in bright yellow headphones played on stage.

The first known cases of COVID-19 emerged in Wuhan late last year, a city of 11 million people, before the virus spread across the world, killing hundreds of thousands and crippling economies.

The lockdown was lifted in April, and there have been no new domestically transmitted cases officially reported in Hubei province, where Wuhan is the capital, since mid-May.

To try and boost the local economy, the Hubei government has been offering free entry to 400 tourist sites across the province.

China has largely brought its domestic epidemic under control, but sporadic outbreaks and a summer of severe flooding have exacerbated the economic fallout.