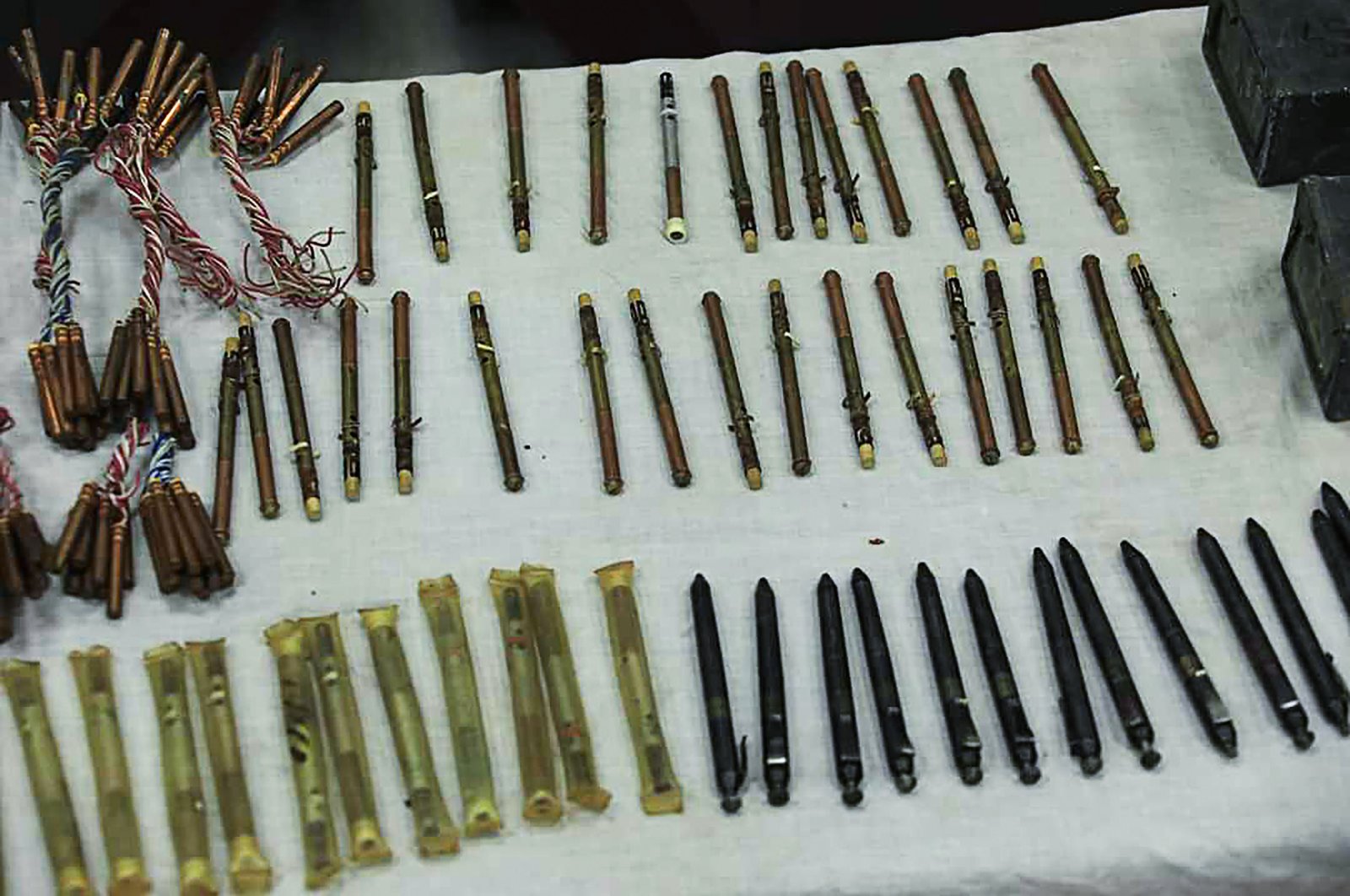 A stash of "pen guns" and sticky bombs are displayed by officials following a police forces operation, in a residential house in Kabul, Afghanistan, Sept. 19, 2020. (Afghanistan's Ministry of Interior Affairs via AFP)
by French Press Agency - AFP
Sep 22, 2020 2:36 pm

Police in Kabul have seized a stash of "pen guns" they say criminals and insurgents are using in a wave of targeted assassinations that has gripped the Afghan capital in recent months.

The cylindrical, single-bullet firearms look much like regular ink pens and are easy to carry undetected.

"It is like a click pen, the shooter puts the bullet in the cartridge, aims and clicks the thrust button to fire the bullet," an official at Kabul's Criminal Investigation Department (CID) told Agence France-Presse (AFP) on condition of anonymity.

Police last weekend unveiled a cache of 48 pen guns discovered in a larger haul of weapons, including "sticky bombs" that can be slapped under vehicles and detonated remotely or on a timer.

"The terrorists wanted to use these weapons in complex-target killings in the capital," interior ministry spokesman Tariq Arian said.

The violence has been compounded by a string of assassinations targeting peace activists, academics and government employees.

"More than 40 people have been killed in targeted assassinations in the past six months in Kabul alone," the CID official said.

He said some of those hits were carried out using unknown weapons that authorities believe were pen guns.

Officials have blamed such killings on Taliban-linked groups.

The Taliban, who under a deal with the U.S. in February are not supposed to be attacking urban areas, have denied involvement.

The insurgents have nonetheless stepped up attacks on security forces in rural areas, even as the Afghan government and Taliban negotiators are meeting in Doha to find a way to end 19 years of war.