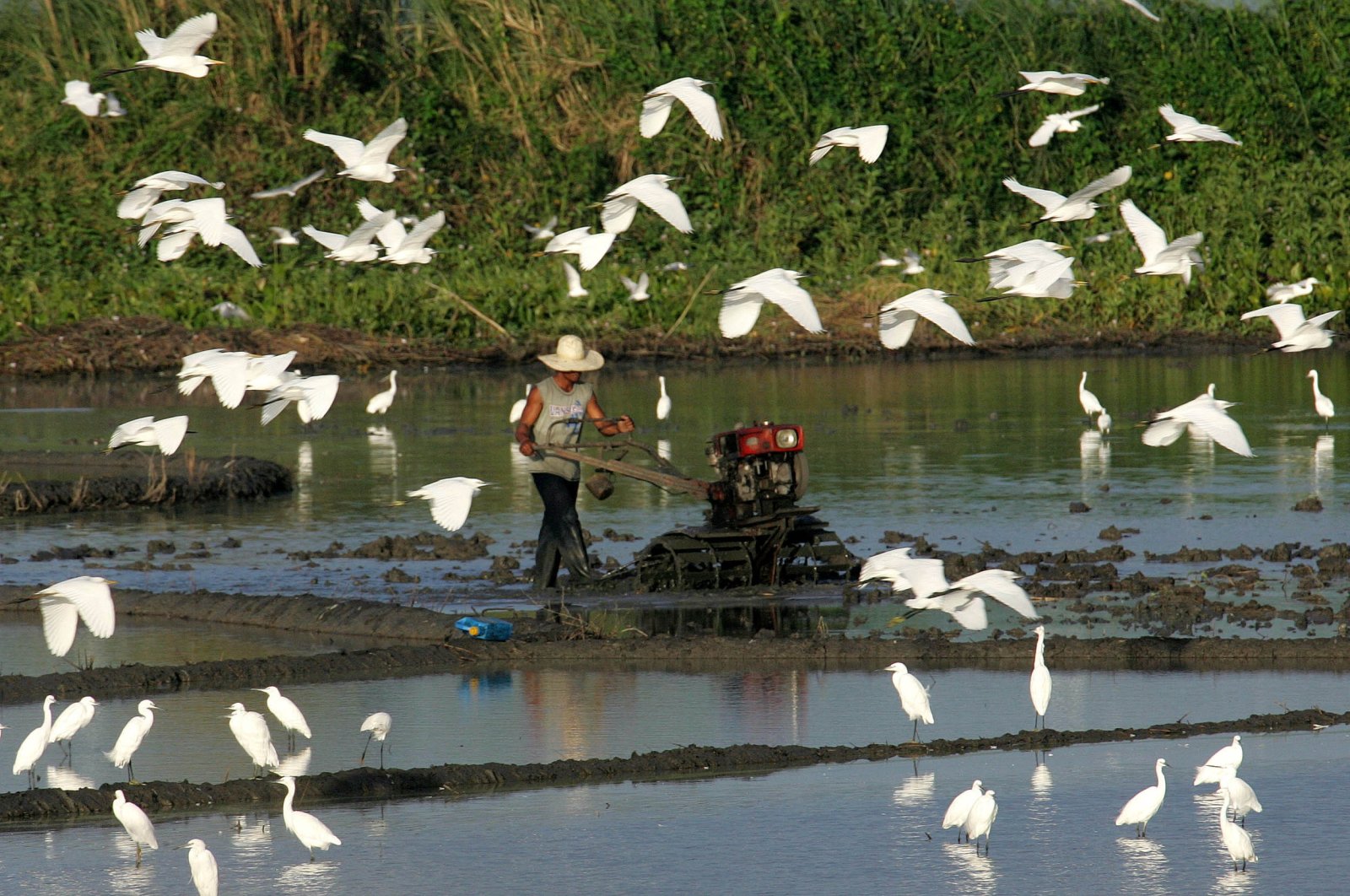 A Filipino farmer ploughs a rice field as a flock of migratory birds gather at one of the country's largest wetlands in Candaba town, in Pampanga province, north of Manila, Jan. 14, 2006. (Reuters Photo)
by REUTERS Jul 29, 2020 9:07 am

The Philippines said on Wednesday it had slaughtered nearly 39,000 chickens in a poultry farm north of the capital Manila to curb a bird flu outbreak, more than four months after detecting infections in a nearby province.

The Department of Agriculture's (DA) Bureau of Animal Industry has detected the presence of the highly infectious H5N6 subtype of the influenza A virus in an egg-producing farm in the town of San Luis in Pampanga province.

Upon confirming the report, a team of veterinarians and animal health officers had immediately implemented emergency control measures, culling 38,701 poultry and disposing of the carcasses, the DA said in a statement.

In March, the DA detected an avian flu outbreak involving the same virus in a quail farm in Jaen municipality in Nueva Ecija province, where about 1,500 quails had died and some 12,000 others had been culled.

Initial investigation by the DA showed the presence in San Luis town of migratory birds, which has been associated with bird flu outbreaks in many countries, including the Philippines.

The DA said broilers, the primary source of poultry meat, were not affected by the latest outbreak.