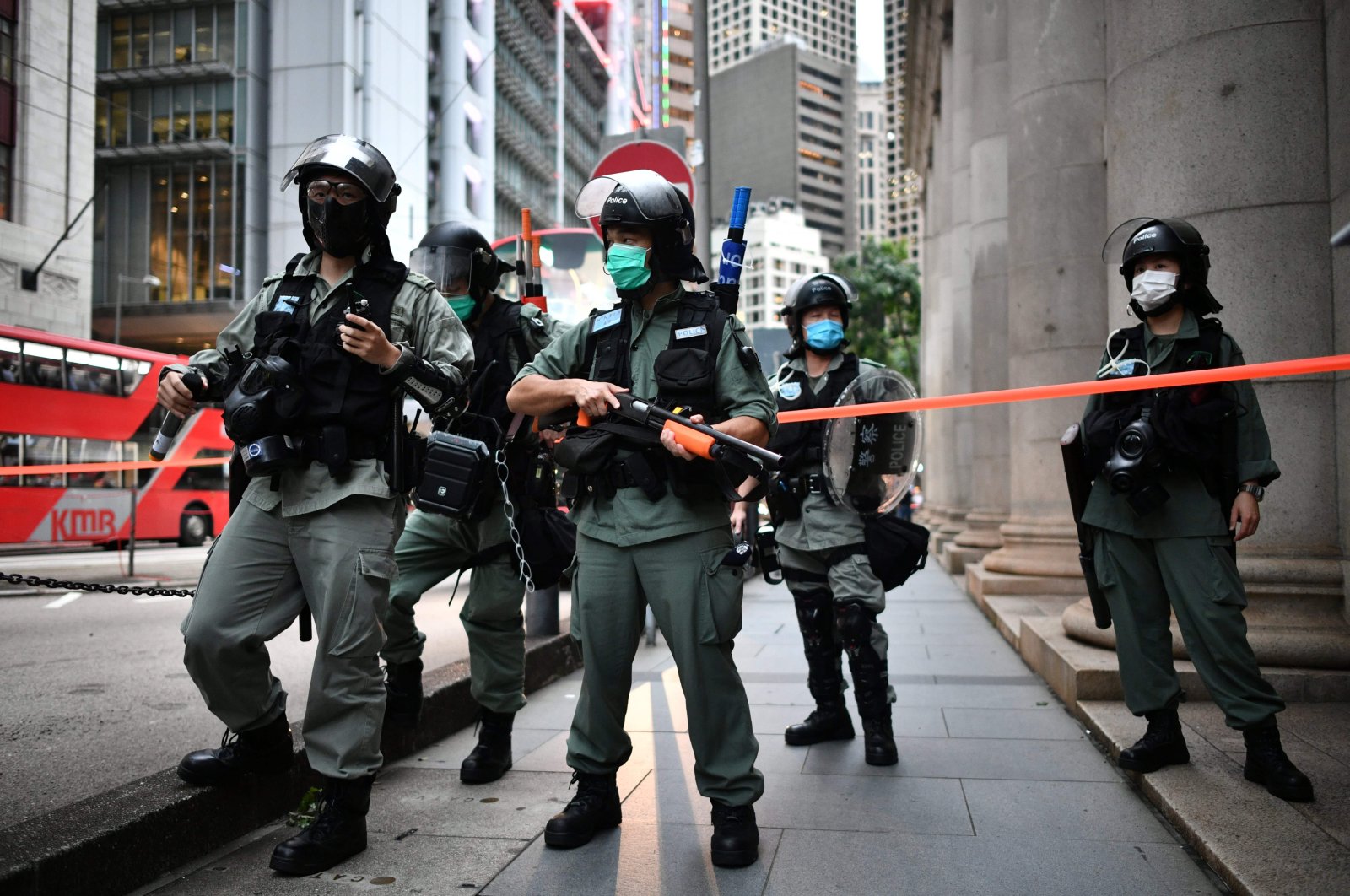 In this file photo riot police officers stand guard ahead of a pro-democracy march in the Central district of Hong Kong on June 9, 2020, as the city marks the one-year anniversary since pro-democracy protests erupted following opposition to a bill allowing extraditions to mainland China. (AFP Photo)
by German Press Agency - DPA Jun 27, 2020 5:31 pm

The organizers of a popular July 1 march marking Hong Kong's handover from colonial power Britain to China said Saturday that police had banned the event from going ahead.

It will be the first time in 17 years that the march, organized by the Civil Human Rights Front (CHRF), will not take place.

A national security law to be issued by Beijing targeting acts of separatism, subversion, terrorism and collusion with foreign forces has reignited an anti-Beijing protest movement despite the Covid-19 pandemic.

Police cited social distancing measures as one of the reasons for the ban – a repeat of last month's cancellation of the June 4 Tiananmen Square Massacre commemorations.

The news comes as businesses and schools in Hong Kong begin to reopen as the territory shakes off the outbreak, with only imported cases currently remaining.

Police also cited "persisting social unrest" as a reason for the cancellation and said demonstrators might "depart from the planned rally location" and "violently vandalize buildings."