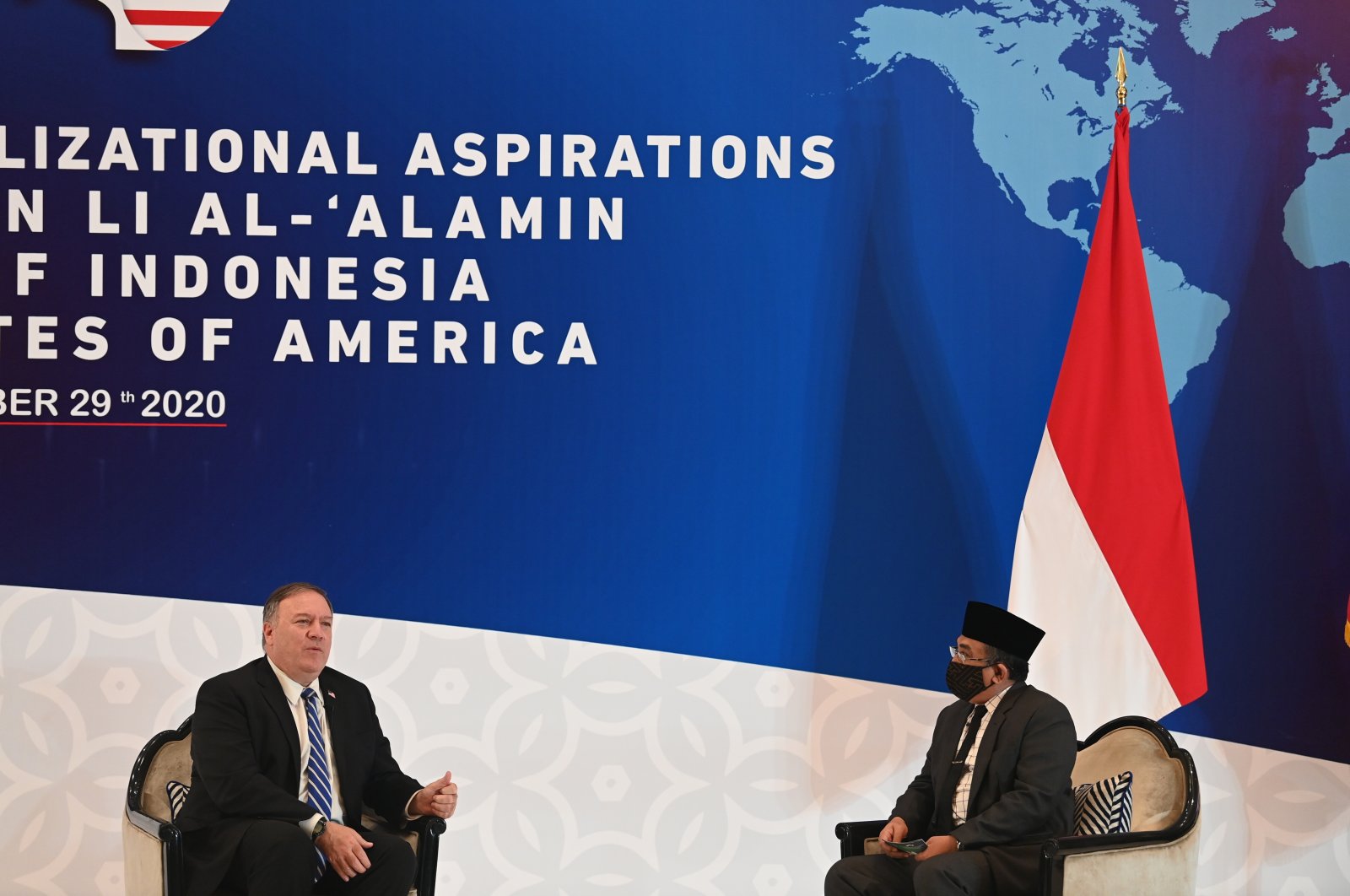 U.S. Secretary of State Mike Pompeo on Thursday urged Indonesians to focus on the treatment of Uighur Muslims in China, describing it as the "gravest threat" to religious freedom in a speech.

On a trip to the world's largest Muslim majority country, Pompeo praised Indonesia's tradition of tolerance but urged Jakarta to resist China's entreaties to "look away from the torments of your fellow Muslims."

Pompeo said China had brutalized its Uighur minority in Xinjiang province, corralling them in huge detention centers and forcing some to eat pork during the Islamic holy month.

In his address to the youth wing of Indonesia's largest Muslim group, he also accused China of separating Uighur children from their parents and imposing sterilizations.

China denies mistreating Uighurs and says the camps are vocational training centers that are needed to tackle extremism and promote development.

Around 10 million Uighurs have been living in China's Xinjiang region. The Turkic Muslim group, which makes up around 45% of Xinjiang's population, has long accused Chinese authorities of cultural, religious and economic discrimination.

About 7% of the Muslim population in Xinjiang has been incarcerated in an expanding network of "political reeducation" camps, according to U.S. officials and U.N. experts, while more than 380 suspected detention facilities have been identified in the region, the Australian Strategic Policy Institute (ASPI) reported.

Indonesians are typically vocal about the mistreatment of Muslims, but the backlash against the abuse of Uighurs has been comparatively quiet.

China – Indonesia's largest trade partner and a leading investor – has also embarked on a diplomatic push to influence perceptions about Uighurs in Indonesia, including funding the trips of journalists and Muslim leaders to Xinjiang.

Indonesia's foreign minister Retno Marsudi said her government has pressed China on the treatment of Uighurs.

According to Reuters, Pompeo also lamented the rise in "blasphemy accusations" and discrimination against nonofficial religions, both growing problems in Indonesia, according to Human Rights Watch's Andreas Harsono.

"Indonesia has a toxic blasphemy law and is planning to expand it," said Harsono.

"Indonesia continuously discriminates against non-Islam and non-Sunni minorities, as well as indigenous faiths," he said.

Pompeo is visiting Indonesia as part of a regional trip to bolster trade and security ties amid rising geopolitical tensions between the United States and China. He also met Indonesian President Joko Widodo and Foreign Minister Retno in Jakarta.