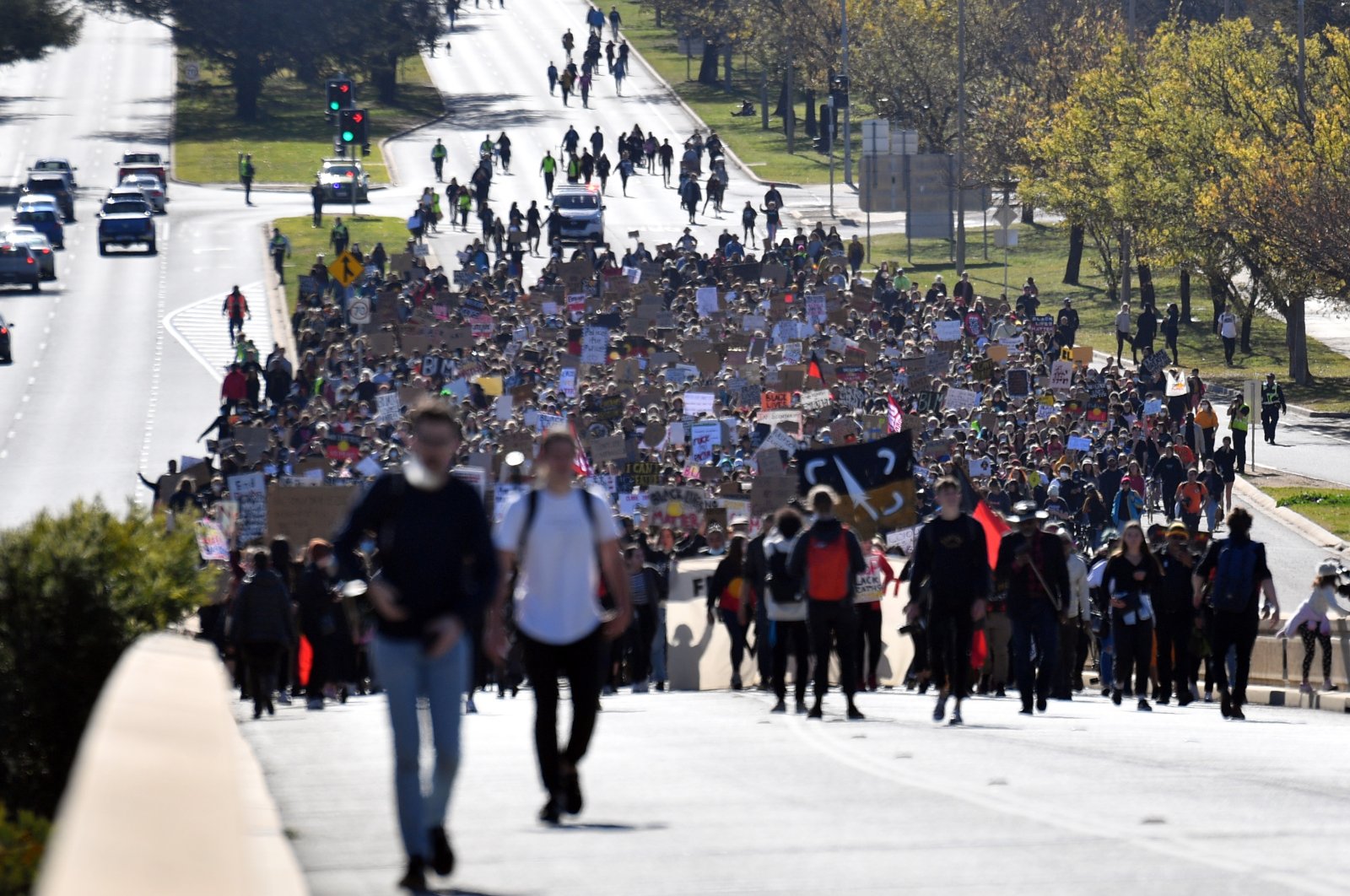 Thousands gathered in Australia’s capital on Friday to remind Australians that the racial inequality underscored by George Floyd’s death was not unique to the United States.

The Canberra rally that attracted 2,000 demonstrators comes before larger rallies are planned for Australia’s most populous cities on Saturday, with authorities concerned about maintaining social distancing.

“Australians have to understand that what’s been going on the United States has been happening here for a long time,” said Matilda House, an elder of the Ngambri-Ngunnawal family group who are the traditional owners of the Canberra region.

Australia had to move beyond a colonial attitude “that blacks are only here to be walked on, trodden on and murdered,” House said in the first speech of the rally.

A demonstrator who interrupted House, arguing that the rally’s focus should be on “what’s happening in the United States” rather than Australia's colonial history, was shouted down in a heated confrontation with several protesters. The demonstrator eventually followed the crowd’s advice to leave.

The crowd was majority-white in a majority-white city. Organizers handed out masks and hand sanitizer. Most protesters attempted to keep the recommended 1.5 meters (5 feet) social distancing until the speeches began and people drew closer. Public gatherings are limited to 20 in Canberra, but police did not intervene.

One of the protesters, Wendy Brookman, a teacher and member of the Butchulla indigenous people, said Australia should not accept more than 430 indigenous Australians dying in police custody or prison in the past three decades.

“We’re not here to jump on the bandwagon of what’s happened in the United States,” Brookman said. “We’re here to voice what’s happening to our indigenous people.”

One of the protesters’ signs “I can’t breathe,” drew a parallel between Floyd’s death in Minnesota on May 25 and the Australian indigenous experience.

They were among the last words of both Floyd and Aboriginal man David Dungay, who died in a prison hospital in 2015 while being restrained by five guards.

Nigerian-born Oluwatobi Odusote, 16, and her school friends Jan Usha, 17, and Rhyse Morgan, 16, held a red, black and yellow indigenous flag during the protest.

“I thought that if America is taking a stand to save black lives, then we should help save the Aboriginal l lives here in Australia, too,” Odusote said.

Usha, who is of Nigerian and Asian background, described the rally as “great” because Australia rarely addresses racism through protest.

Morgan, who is of European heritage, said “if we’re all not equal, then no one benefits.”

Thousands of people have pledged to attend a protest organized in Sydney on Saturday.

The protest had secured permission as it originally planned to have fewer than 500 people present.

But Berejiklian said when it became clear that thousands planned to attend, the legal application was made to the state's Supreme Court.

Indigenous Australians are 2% of the Australian adult population but 27% of the prison population.

Australia’s indigenous people are the most disadvantaged ethnic minority in Australia. They have higher-than-average rates of infant mortality and poor health, as well as shorter life expectancy and lower levels of education and employment than other Australians.