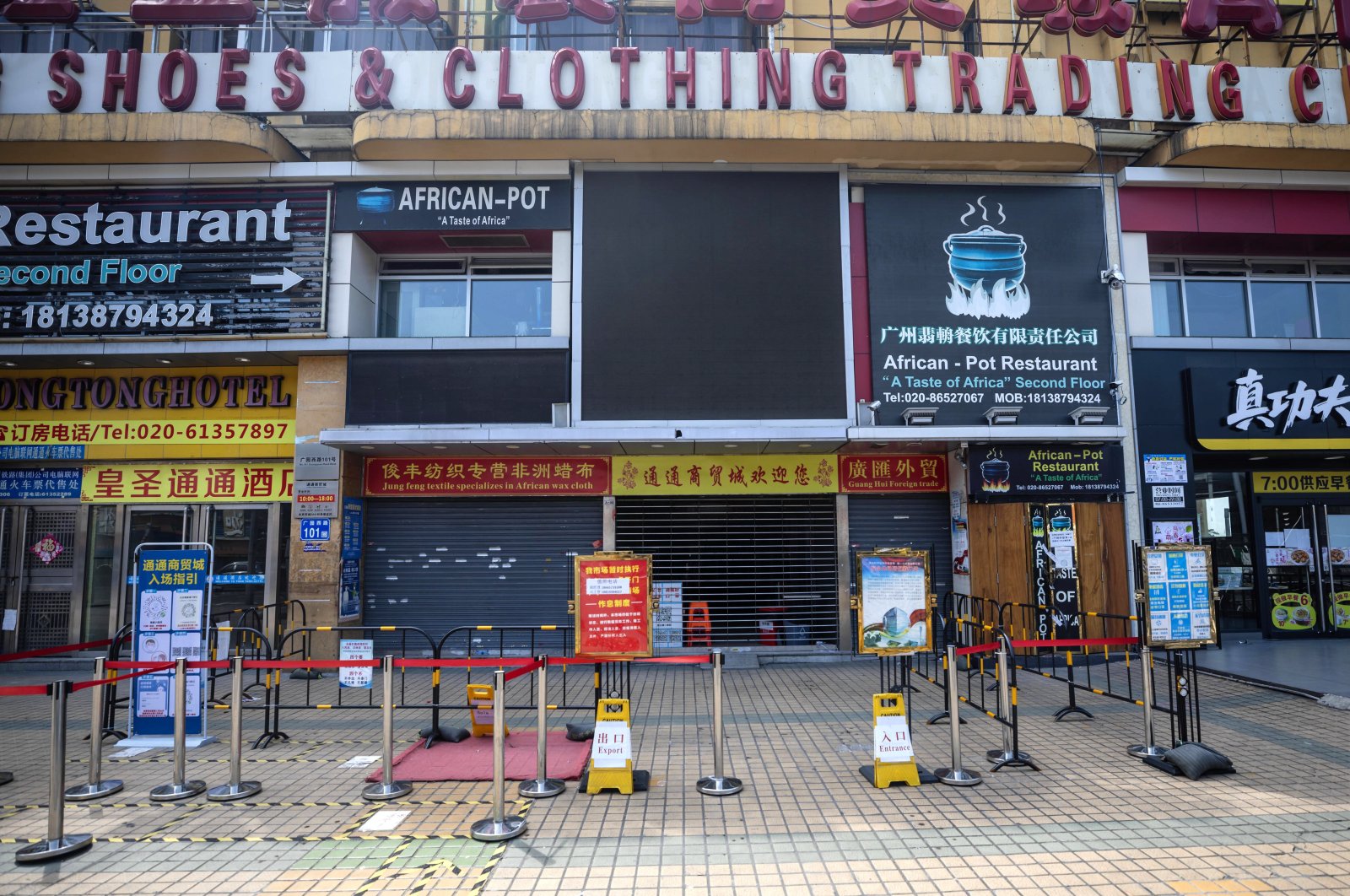 A deserted mall and an African restaurant are seen in Guangzhou, Guangdong province, China, April 13, 2020. (EPA Photo)
by DAILY SABAH WITH AGENCIES Apr 14, 2020 11:00 am
RECOMMENDED

Following recent reports of discrimination in China against Africans, who are being blamed for a second wave of the novel coronavirus outbreak there, a campaign was launched by a Ugandan politician to airlift African people.

Bobi Wine said he has partnered with an American businessman, Neil Nelson, to airlift Africans being mistreated in China. Wine said, together with Nelson, they are ready to airlift the Africans if any African country agrees to receive them. Nigeria had said it is prepared to evacuate its citizens from China.

A total of 111 Africans in China's southern city of Guangzhou had tested positive for the novel coronavirus as of Monday, the Xinhua news agency said on Tuesday. Among them, 19 were imported cases, Xinhua quoted Chen Zhiying, executive vice mayor of Guangzhou, as saying. A total of 4,553 African people in the city had undergone nucleic acid testing since April 4, Chen said.

Africans in the southern Chinese city of Guanghzou say they have become targets of suspicion and have been subjected to forced evictions, arbitrary quarantines and mass coronavirus testing, particularly as Beijing steps up its fight against imported infections. Tensions have flared between police and Africans after local officials announced a cluster of COVID-19 cases in a neighborhood with a large migrant population. As the row escalated, posts widely shared online showed a sign at fast food chain McDonald's saying black people were not allowed to enter the restaurant.

The African Union expressed its "extreme concern" about the situation on Saturday, calling on Beijing to take immediate corrective measures. African countries' ambassadors in China sent a joint diplomatic note to China's Foreign Minister Wang Yi and called on the country to stop these discriminatory actions, which give the impression that Africans are spreading COVID-19 in the country.

The U.S., meanwhile, denounced what it called "xenophobia towards Africans by Chinese authorities."

China said Monday there was no discrimination against "African brothers" in the country and rejected U.S. accusations of mistreatment of Africans in Guangzhou as an attempt to harm Beijing's relations with African nations. Foreign ministry spokesman Zhao Lijian made the comments during a daily briefing on Monday in response to accusations from the U.S. government that authorities in Guangzhou are taking measures targeting Africans in the city.