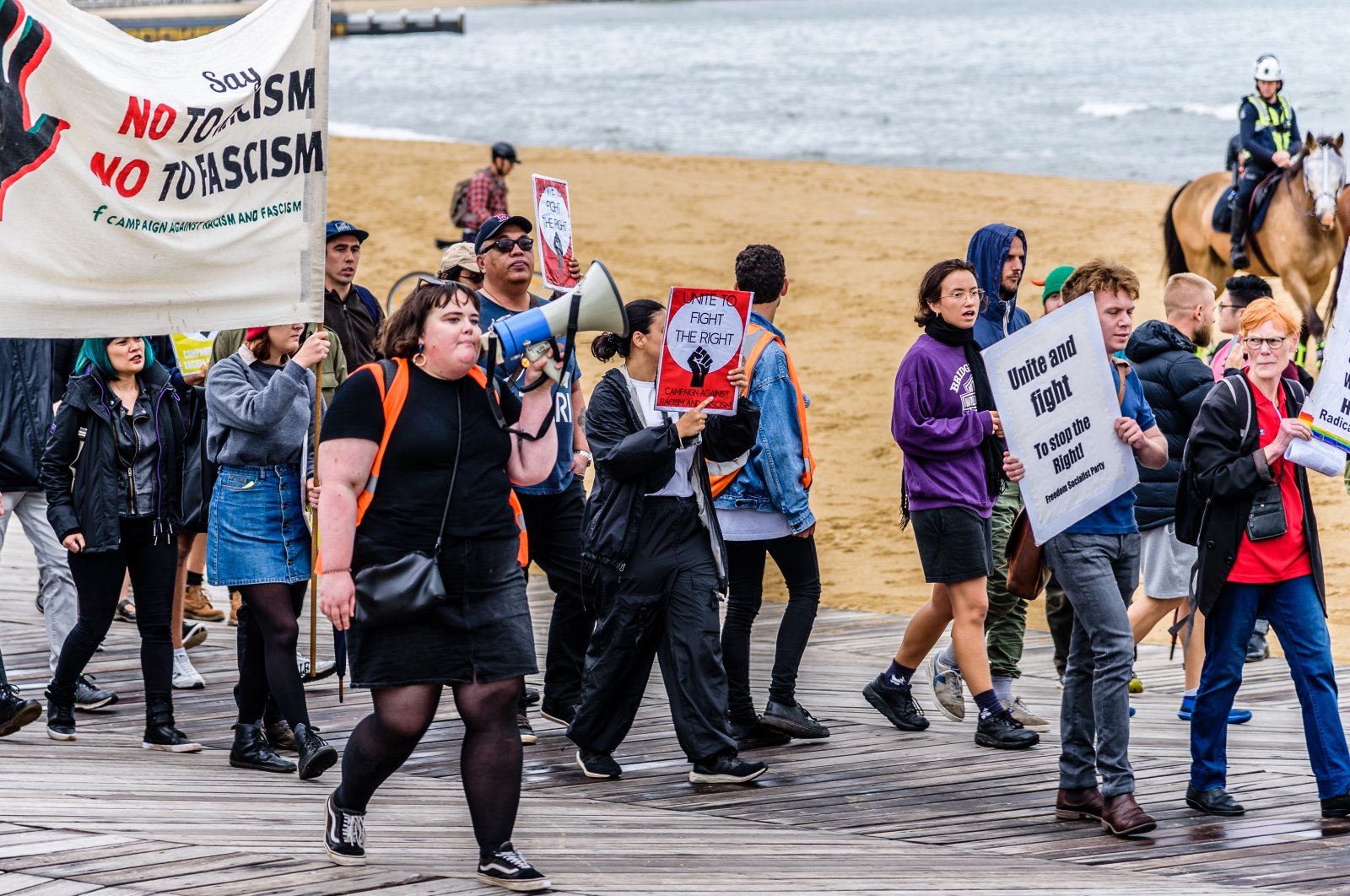 Left and right-wing political groups face off against each other at St Kilda beach while Victoria Police attempt to keep them apart, Melbourne, Victoria, Australia, Jan. 5, 2019.
by Compiled from Wire Services
Oct 20, 2020 11:56 am

AFP Deputy Commissioner Ian McCartney reportedly told the hearing in Canberra there had been an increasing number of investigations into far-right extremists that were "a real and ongoing threat. "The concern for us is younger persons being radicalized very aggressively," McCartney said, according to Australian Associated Press (AAP). McCartney declined to reveal case numbers of right-wing extremists, saying it would jeopardize operations.

Burgess said the right-wing groups saw the collapse of society and a "race war" as inevitable. Australia's security forces have increased their focus on right-wing extremists since the Christchurch terror attack in New Zealand in March 2019. Fifty-one people at two Christchurch mosques were killed by a self-avowed white supremacist, armed with semi-automatic weapons in an attack broadcast live on Facebook. It became the latest example of growing far-right terrorism, a well-known global threat.

Deputy director-general of intelligence service delivery, Heather Cook urged in early September that the ongoing COVID-19 pandemic provided a perfect environment for right-wing extremists to recruit more people online as more citizens were locked down at their homes due to restrictive measures implemented by authorities to halt the spread of the deadly virus.

"Some of the circumstances of COVID-19 have contributed to an increase in radicalization, in particular, because of the amount of time individuals are spending in isolation, working from home, or not in school," Cook said.

She highlighted that during the coronavirus lockdown more people are spending time online and it is "much easier to find like-minded individuals" with exposure to "a much wider variety of chat groups and areas where these views can coalesce." "Speculation about the origins of COVID itself is increasing some ... racist views as well," Cook said.