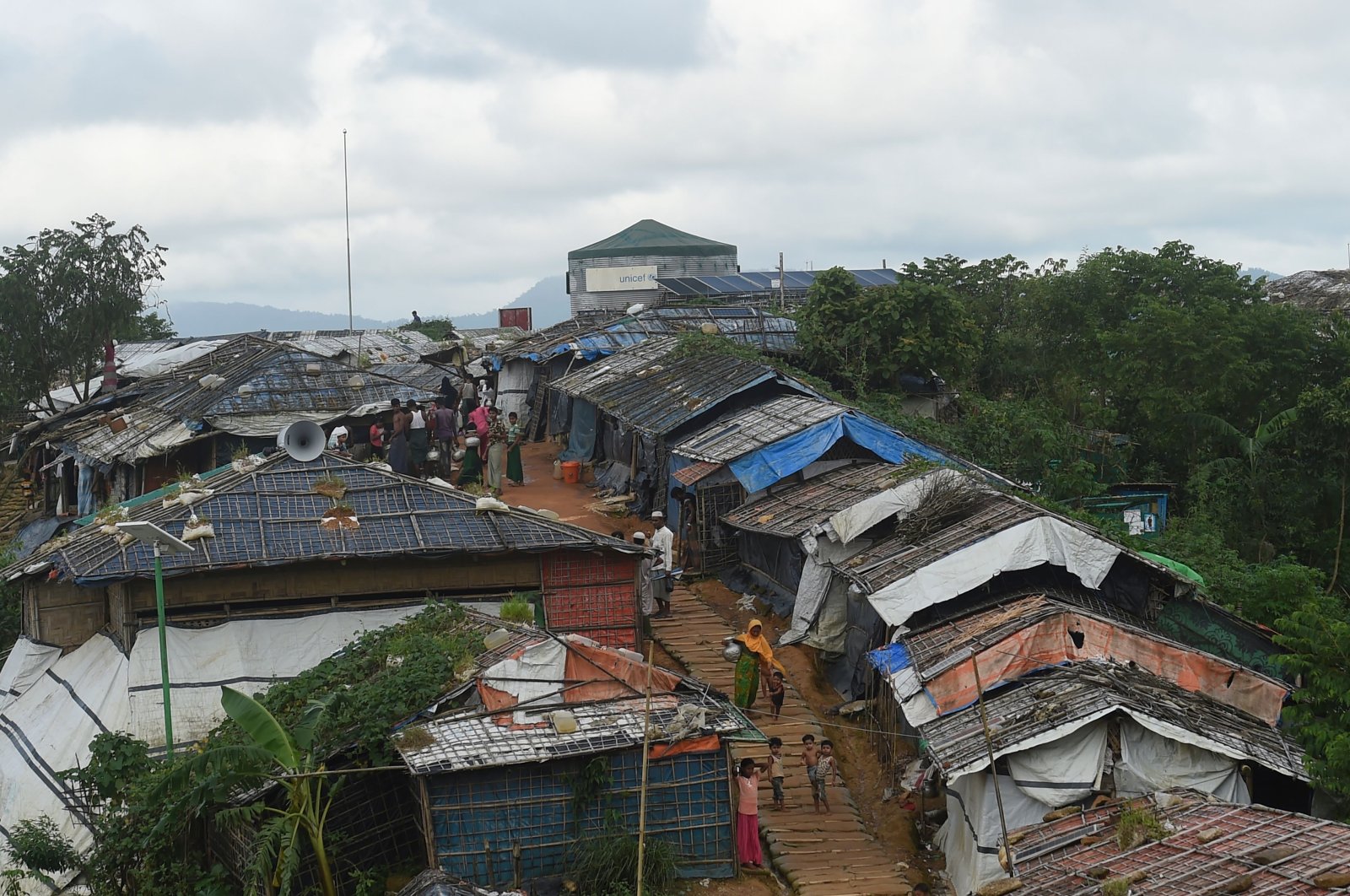 As the world prepares to observe the third anniversary of a brutal military crackdown against Myanmar's Rohingya Muslims, hundreds of them living in Pakistan are still looking for their loved ones who went missing.

Ibrahim Hussein, 56 is one of the Rohingya living in the southern port city of Karachi who still mourns the death of his dozen family members, including infants.

They were killed in a crackdown by Myanmar military on Aug. 25, 2017 — which is called the textbook example of genocide by the U.N. — forcing around 860,000 people to flee Bangladesh.

Hussein is also missing his young niece and cousin, who went missing since then.

"We have tried our best to locate them. We, during the last three years, have contacted several human rights groups, including the Red Cross to know about them but of no avail, " Hussein, who runs a small grocery in Burma Colony, a middle-income neighborhood of the eastern district of Karachi, Pakistan's largest city and the commercial capital, told Anadolu Agency.

Conflicting reports about the missing duo have further added to his misery.

"They [family members] were trying to flee together but they soon got separated due to a stampede-like situation. Several got killed, some managed to cross into Bangladesh, while the two went missing," he said.

"Some of our village mates said they [niece and cousin] were also killed along with other family members. Others said they made their way into Bangladesh with some other group," said Hussein, who has made Karachi his home since 1982, when some displaced Rohingya arrived in Pakistan.

"It has been now three years since we have been approaching every available source to look for them. Only Allah knows whether they are alive or dead," he said while trying to hold back his tears.

Mohammad Taha, another Rohingya, who was born and raised in Karachi, has a similar story to share.

At least five of his family members, including two maternal cousins have been missing after the crackdown.

"Our relatives who managed to reach Bangladesh, have also been trying to locate them but still we have no news," he said.

He said it was becoming very difficult to even get in touch with relatives living in Bangladesh due to telephone restrictions.

"We have very limited contact with them. They rarely contact us whenever they get a chance to get out of the camp and call from a public call office," Taha added.

The port city of Karachi is home to more than 400,000 Rohingya Muslims, the highest number after Myanmar and Bangladesh, according to unofficial estimates.

They had started to trickle into the region in the early 1940s-before the creation of Pakistan.

The first exodus took place in 1942 following the first army operation that killed over 100,000 Rohingya Muslims.

A majority of Rohingya refugees, however, made Pakistan their home from 1970-1980 after a long and grueling journey via Bangladesh to India and then Pakistan.

Since then, there have been no mass migrations as India closed its borders with Bangladesh and put restrictions on the travel further to borders with Pakistan.

Former Pakistani President Ayub Khan, who ruled the country from 1958-1969 had allocated land to Rohingya refugees in 1962, paving the way for two settlements-Burma Colony and Arkanabad, which was named after the former Rakhine state-in Karachi's eastern neighborhoods.

But what is hurting Rohingya most is the silence of the international community, even when the U.N. dubbed them world's most persecuted people.

"It's been three years, and nothing concrete has been done to hold Myanmar government responsible for the genocide, and the safe resettlement of Rohingya Muslims. Instead, the [Myanmar] government is more vigorously persecuting them," said Noor Hussein Arakani, a Rohingya community leader.

In November 2019, the International Criminal Court (ICC) approved the launch of an inquiry over crimes against the Rohingya community, a move rejected by Myanmar, which is not a party to the Rome Statute.

The Rome Statute is the founding treaty of the ICC that seeks to protect communities from genocide, crimes against humanity, war crimes and the crime of aggression.

"It's only Turkey, Gambia, and a few other Muslim countries, which consistently fight our case on the international forums. But, generally, there is a criminal silence over Myanmar's widespread human rights abuses on the part of so-called superpowers," he said.

He added that there was no other leader like Turkish President Recep Tayyip Erdogan, who has been standing beside Rohingya Muslims.

"The entire Rohingya community prays for him," he said.

Arakani, who heads Karachi-based Rohingya Solidarity Forum, argued that the key to the solution of the Rohingya issue is with China.

"It's China's veto power that has been allowing Myanmar to perpetrate crimes against Rohingya with impunity. If China today decides, the issue can be resolved within weeks," he said, adding that Myanmar cannot say "no" to China.

China was one of the few countries that did not condemn the 2017 brutal crackdown against Rohingya Muslims, terming it an "internal matter" of Myanmar.

"We appeal to the Chinese government not to view this [issue] through a political prism. It is a human issue. China has been a great friend and supporter of Pakistan. We are thankful to the country for that," he said.

Arakani said China will win the hearts of the entire community if it helps Rohingya to get their citizenship and other rights.

According to international rights groups, more than a million Rohingya refugees, mostly women, and children have fled Myanmar and crossed into Bangladesh after Myanmar forces launched a crackdown on the minority Muslim community in August 2017.

They are now facing a threat of forced repatriation by the Bangladeshi government despite no citizenship rights and safety guarantees from a defiant Myanmar government.