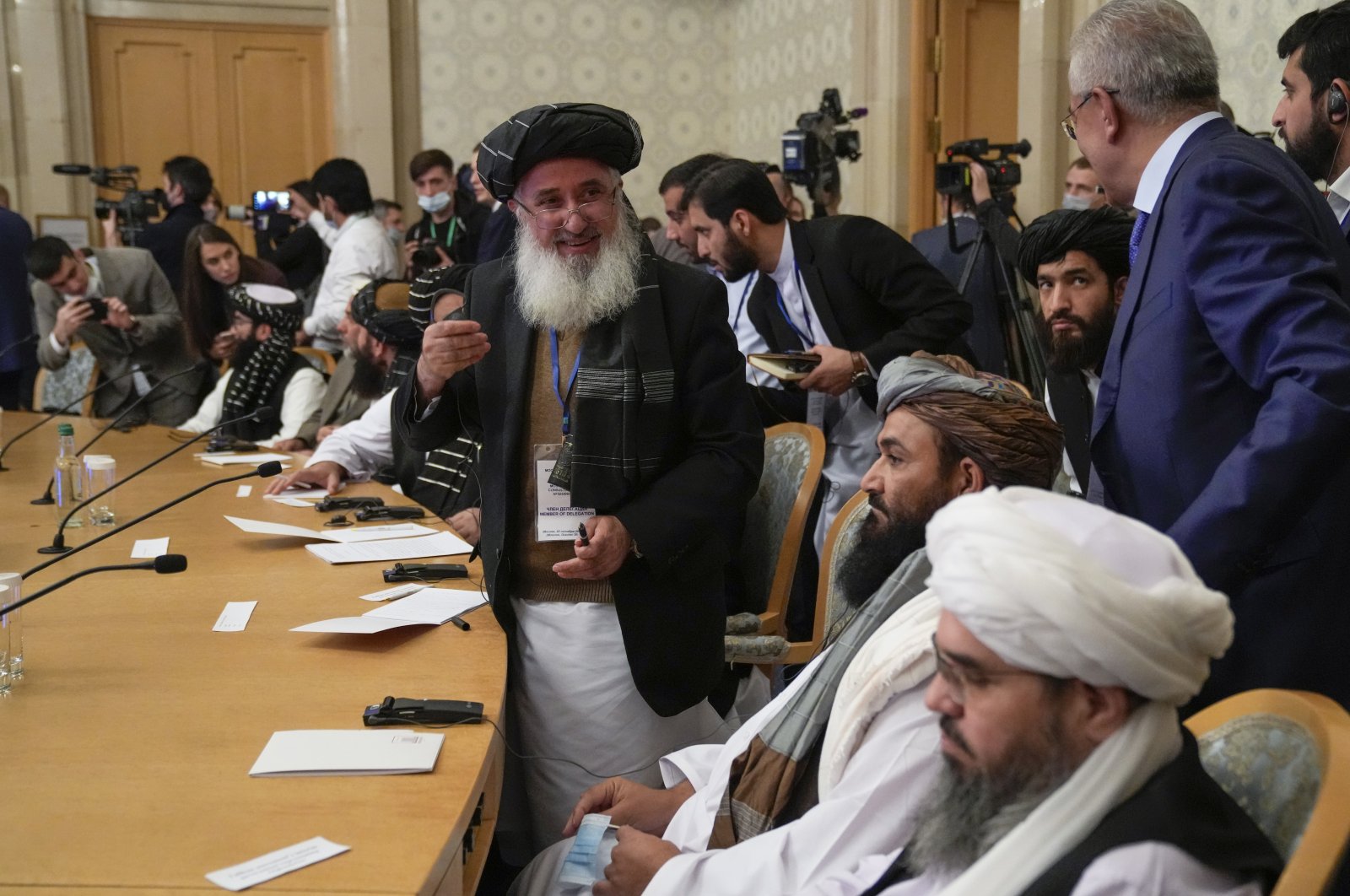 Russia emphasized the importance of an inclusive government and humanitarian aid for Afghanistan in talks with Taliban officials Wednesday.

Moscow hosted talks on Afghanistan involving senior representatives of the Taliban and other factions, a round of diplomacy that underlines Moscow's clout.

Opening the talks, Russian Foreign Minister Sergey Lavrov emphasized that “forming a really inclusive government fully reflecting the interests of not only all ethnic groups but all political forces of the country” is necessary to achieve a stable peace in Afghanistan.

Russia had worked for years to establish contacts with the Taliban, even though it has designated the group a terrorist organization in 2003 and never took it of the list. Any contact with such groups is punishable under Russian law, but the Foreign Ministry has responded to questions about the apparent contradiction by saying that its exchanges with the Taliban are essential for helping stabilize Afghanistan.

The Soviet Union fought a 10-year war in Afghanistan that ended with its troops withdrawing in 1989. In recent years, Moscow has made a strong comeback as an influential power broker in international talks on Afghanistan, hosting the Taliban representatives and members of other factions for bilateral and multilateral meetings.

Unlike many other countries, Russia hasn’t evacuated its embassy in Kabul and its ambassador has maintained regular contacts with the Taliban after they took over the Afghan capital in August.

Lavrov in his opening speech at the conference commended the Taliban for their efforts to stabilize the situation in the country and ensure the operation of state structures.

“We are convinced that it is time to mobilize the resources of the international community to provide Kabul with effective financial humanitarian support, including to prevent a humanitarian crisis and reduce migration flows," Lavrov said. He continued by saying that he regretted the absence of the United States from the talks. Washington has skipped the Moscow meeting citing technical reasons but has said it plans to join similar talks in the future.

Last week, Russian President Vladimir Putin noted that there must be no rush in officially recognizing the Taliban as the new rulers of Afghanistan, but emphasized the need to engage in talks with them.

At the same time, he emphasized the security challenges posed by the Daesh terrorist group and other militants based in northern Afghanistan, and noted that drug trafficking from Afghanistan will continue to present a challenge.

Russia has vowed to provide military assistance to its ex-Soviet allies in Central Asia to help counter the threats, and held a series of joint drills in Uzbekistan and Tajikistan that neighbor Afghanistan.

Another sweeping military exercise in Tajikistan involving 5,000 troops, more than 700 military vehicles and combat jets has started this week.