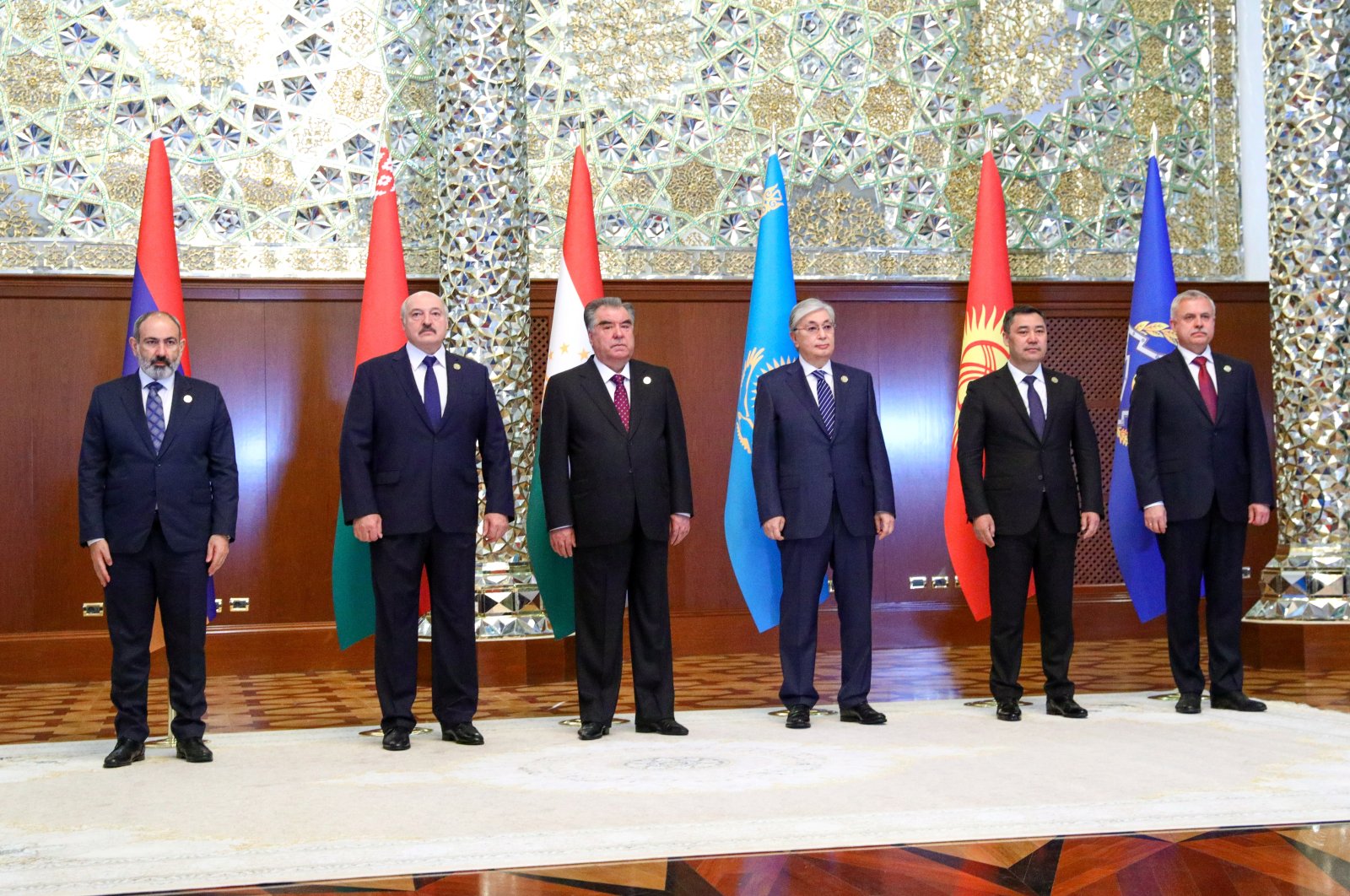 The member countries of the Collective Security Treaty Organization (CSTO) have expressed their readiness to provide assistance to Tajikistan in the event of an aggravation of the security situation on the border with Afghanistan.

The situation in Afghanistan was the central issue of the joint meeting of the Council of Foreign Ministers, the Council of Defense Ministers and the Committee of Secretaries of Security Councils of the CSTO member states that was held Thursday in Tajikistan's capital of Dushanbe.

Secretary-General of CSTO Stanislav Zas said that member states, which include Russia, Belarus, Armenia, Tajikistan, Kyrgyzstan and Kazakhstan agreed to deploy military forces along the Tajikistan border with Afghanistan to halt threats from terrorism as well as to conduct operations against drug trafficking and illegal immigration.

Zas underlined that if the security situation in Afghanistan deteriorates the "member states will provide Tajikistan with necessary assistance," arguing that the country, which has a 1300-kilometer (808-mile) common border with Afghanistan, may be exposed to sundry threats from its neighbor after the Taliban's power grab.

"Special attention has been paid to the situation in and around Afghanistan. Due to the possible exacerbation of the terrorist threat, a number of measures have been approved to respond to threats to the security of Central Asian countries," the joint statement said.

Member states agreed to step up cooperation between relevant institutions and special services to "expose and neutralize extremist and terrorist groups." Cooperation mechanisms to resist online propaganda were also discussed. The Collective Security Agreement was signed in Tashkent in 1992. Tajikistan holds the rotating presidency of the CSTO for the period 2020-2021.

Russian Foreign Minister Sergey Lavrov asserted that at the moment Moscow is maintaining talks with the Taliban primarily on issues related to removing any risks for neighboring countries.

“Russia does not impose any conditions on the Taliban, it is watching how their promises will be implemented. The Taliban themselves proclaimed their goals, including their commitment to the further fight against terrorism, the fight against drug trafficking, assured everyone else that they will do everything so that no threats to neighboring countries emanate from the territory of Afghanistan,” Lavrov said.

Russian President Vladimir Putin, who attended the summit via video link as he entered self-isolation earlier this week after dozens of COVID-19 infections were detected in his inner circle, said that CSTO “supported the conclusion that in the current conditions the closest coordination and cohesion of the CSTO member states is needed more than ever."

"We also agreed that it is necessary to be ready at any time to fully use the defense and political potential of the CSTO to ensure security, maintain peace and stability in our countries,” Putin said, according to the press release published by his office in Kremlin.

Tajikistan's President Emomali Rahmon said that the summit brought a high level of readiness of the "collective security forces was maintained to carry out tasks as intended."

"This is extremely important given the tense situation in neighboring Afghanistan," he added.

Meanwhile, China's President Xi Jinping prepares to attend a meeting of the leaders of the Shanghai Cooperation Organization (SCO) countries via video on Sept. 17., where members of the security bloc will discuss Afghanistan, which neighbors many of the SCO's largely Central Asian member states. The summit will also be held in Tajikistan's Dushanbe.

Afghanistan itself is an observer at the SCO and Iran, another observer, has been seeking entry. The SCO was launched in 2001 to combat radicalism and other security concerns in China, Russia and four ex-Soviet Central Asian republics. Russian Security Council said that "it was recommended to increase cooperation within the CSTO and the Shanghai Cooperation Organization on the Afghan issue."