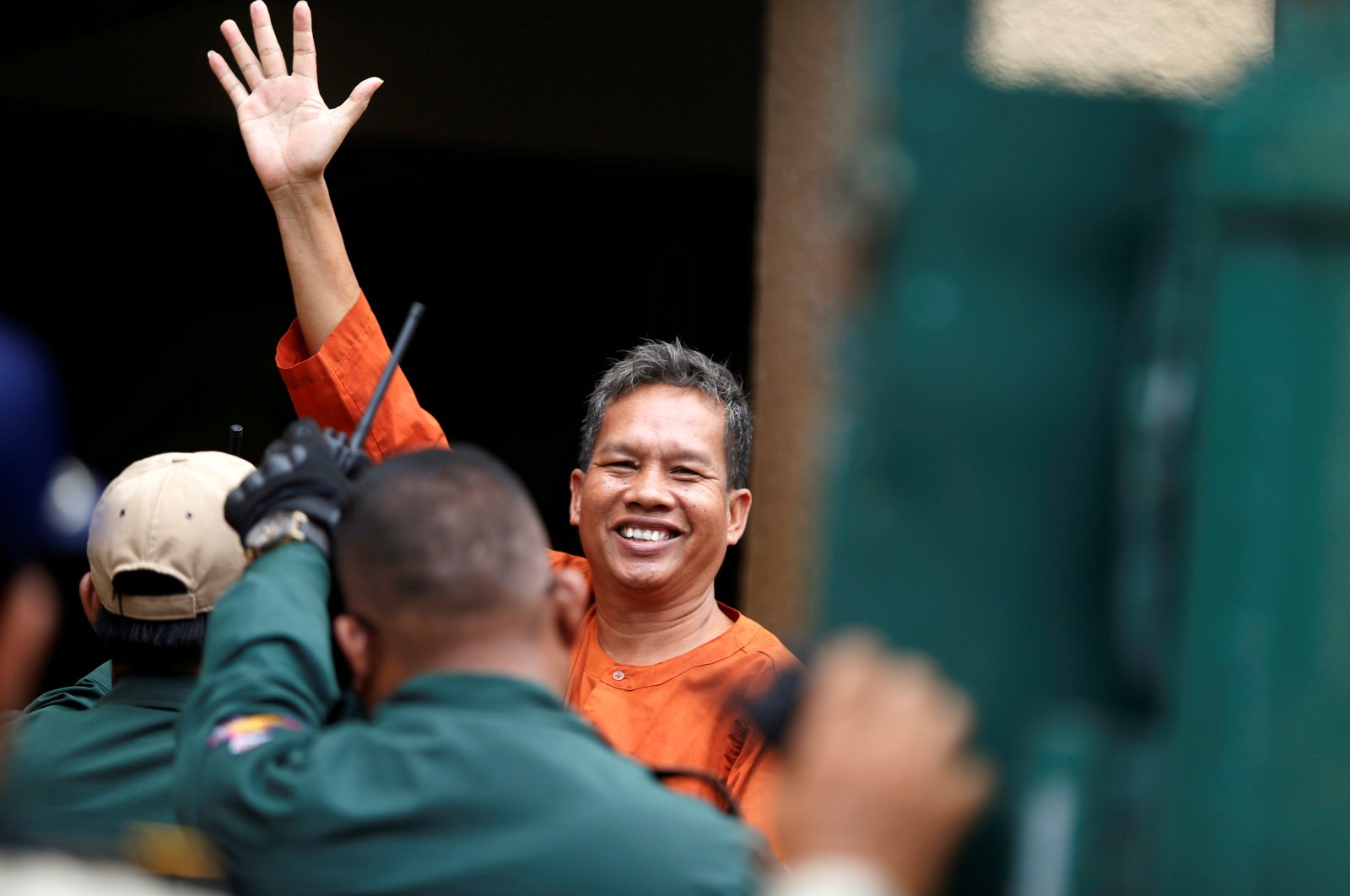 Labor activist Rath Rott Mony arrives to the Phnom Penh Municipal Court for verdict over his role in making a documentary about sex-trafficking that the government said contained fake news, in Phnom Penh, Cambodia on June 26, 2019. (Reuters Photo)
by REUTERS Jul 15, 2020 12:37 pm
RECOMMENDED

Cambodia's Supreme Court on Wednesday ordered the case of a translator jailed for involvement in a Russia Today documentary about sex trafficking be heard by an appeal court, due to what his lawyer said was a "factual problem" during his trial.

A lower court last year sentenced Rath Rott Mony, 49, to two years in prison for incitement to cause discrimination, after he assisted a Russian news crew in the making of a film that the government said contained "fake news" about Cambodia.

His lawyer Lor Chunthy said the Supreme Court, in a brief decision, referred the case "after finding that there is a factual problem." He did not elaborate.

Another of Mony's lawyers, Sam Tithseyha, said there were "some lacking issues" with the trial.

The documentary Mony worked on, "My Mother Sold Me," included an account of a Cambodian girl from a poor family who it said was sold into sex work, prompting authorities to question the people involved in her alleged sale.

Authorities concluded the girl and her mother were paid $200 to lie for a film that had damaged Cambodia's reputation.

Russia Today has said that it never pays documentary participants or interview subjects.

Mony, a trade union leader, was ordered to pay $17,500 of damages to two of the mothers of girls in the film.

Mony's wife, Long Kimheang, who is in Thailand under the protection of the United Nations refugee agency, said she was not satisfied with Wednesday's outcome.

"If the court found that my husband's trial wasn't right, the Supreme Court should release him, " Kimheang told Reuters.

"We don't know when the Appeal Court will rehear the case... we don't know how quickly they intend to proceed."