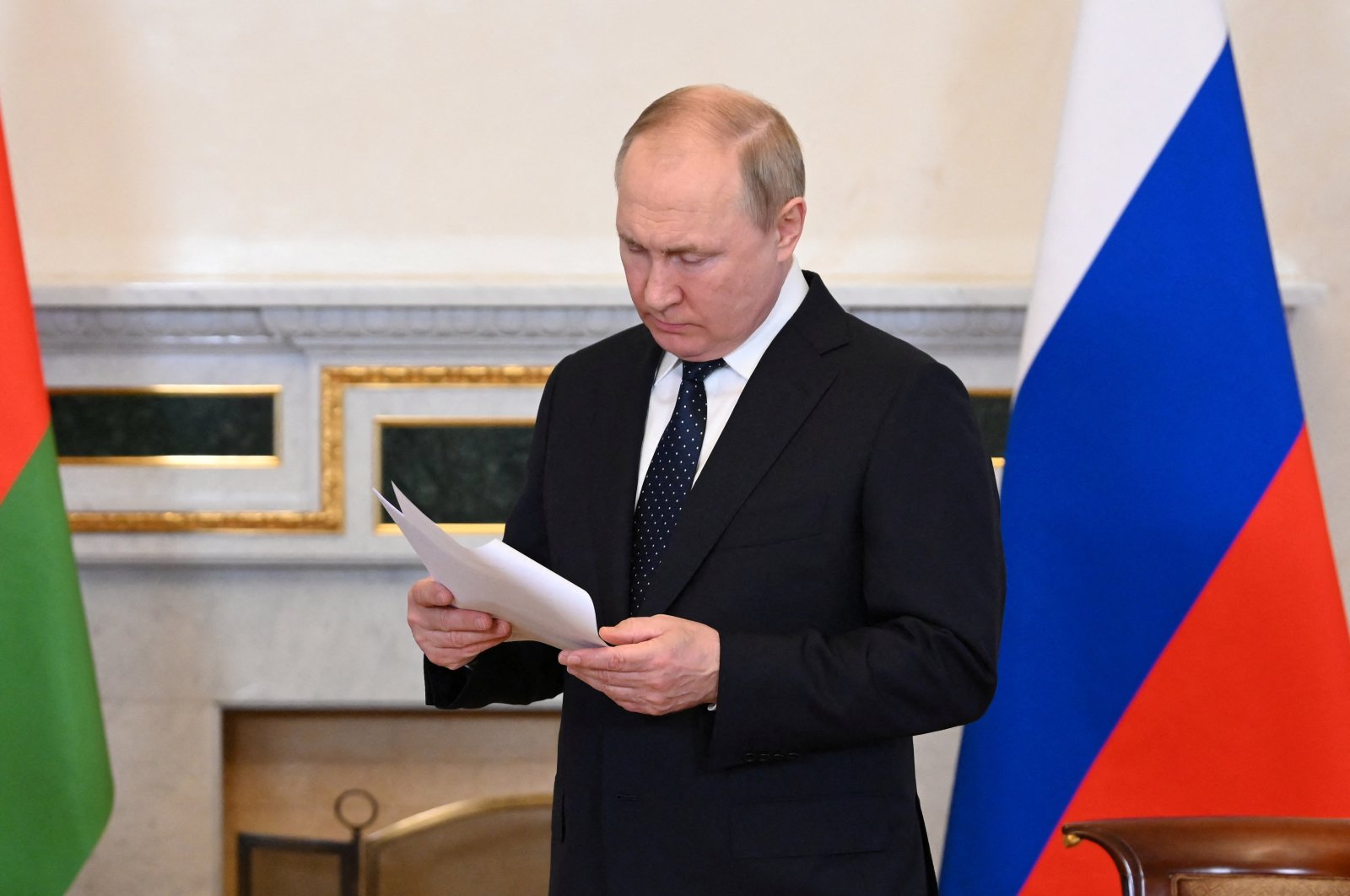 Russia's Feb. 24 invasion has killed thousands of people, displaced millions more and led to severe financial sanctions from the West, which Putin says are a reason to build stronger trade ties with other powers such as China, India and Iran.

Pavel Zarubin, the Kremlin correspondent of the Rossiya 1 state television station, said Putin would visit Tajikistan and Turkmenistan and then meet Indonesian President Joko Widodo for talks in Moscow.

In Dushanbe, Putin will meet Tajik President Imomali Rakhmon, a close Russian ally and the longest-serving ruler of a former Soviet state. In Ashgabat, he will attend a summit of Caspian nations including the leaders of Azerbaijan, Kazakhstan, Iran and Turkmenistan, Zarubin said.

Putin also plans to visit the Belarus city of Grodno on June 30 and July 1 to take part in a forum with Belarusian President Alexander Lukashenko, RIA news agency cited Valentina Matviyenko, the speaker of Russia's upper chamber of parliament, as telling Belarus television on Sunday.

Putin's last known trip outside Russia was a visit to Beijing in early February, where he and Chinese President Xi Jinping unveiled a "no limits" friendship treaty hours before both attended the opening ceremony of the Olympic Winter Games.

Russia says it sent troops into Ukraine on Feb. 24 to degrade its neighbor's military capabilities, keep it from being used by the West to threaten Russia, root out nationalists and defend Russian speakers in eastern regions. Ukraine calls the invasion an imperial-style land grab.