Samoa’s PM-elect locked out of parliament as crisis deepens 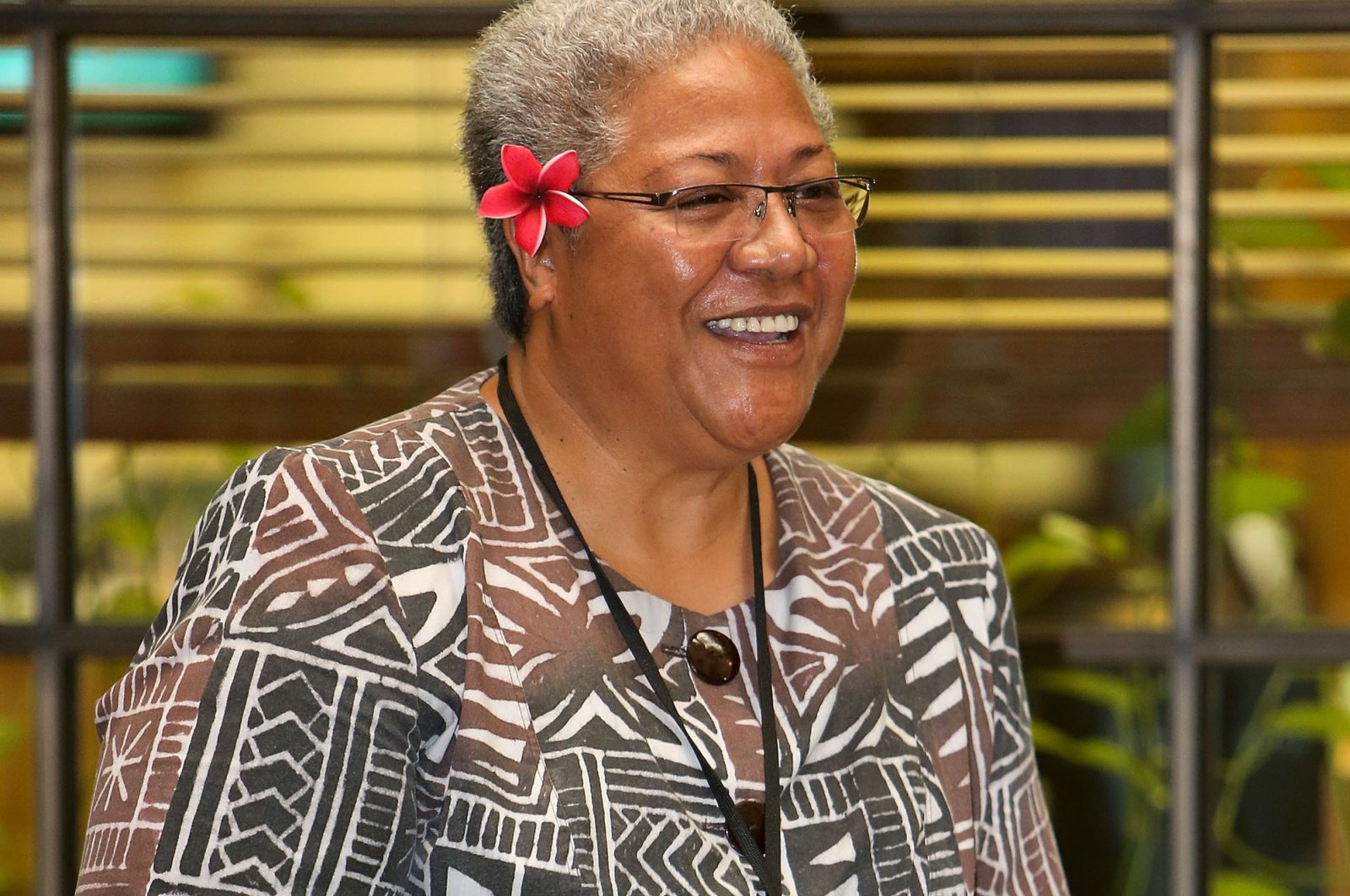 Samoa's first female prime minister-elect was expelled from the Pacific country's parliament after her political rival refused to cede power despite narrowly losing the general elections in April.

The tiny Pacific nation had been stuck in an electoral deadlock since voters went to the polls April 9, with the Faatuatua i le Atua Samoa ua Tasi (FAST) party claiming victory over the Human Rights Protection Party (HRPP).

A court finally confirmed the FAST party had a razor-thin majority last week, giving the go-ahead for the first change of government since 1982 and for Fiame Naomi Mata'afa to become prime minister.

Monday marked the end of the 45-day deadline for parliament to sit after an election under Samoa's Constitution. But the FAST party was locked out of parliament so held its own swearing-in of the new government and streamed it live via Facebook.

Former attorney general Taulapapa Brenda Heather-Latu acted as clerk for the ceremony, which was held on the lawn outside Samoa's Parliament. No members of HRPP were present at the swearing-in. It is not clear whether the ceremony will be considered legally binding.

Longtime Prime Minister Tuilaepa Sailele Malielegaoi refused to cede power Monday, arguing only Samoa's head of state, Tuimalealiifano Vaaletoa Sualauvi II, had the authority to convene parliament. Malielegaoi, who has been in power for 23 years, said there was only one government in Samoa and that his party remained in that role.

"They (FAST) have disrespected the dignities of the chiefs and leaders of their districts with their actions today," Malielegaoi told supporters via Facebook after FAST's swearing-in. "They are still locked outside the house, and by law, they are not allowed in Parliament House," he said.

On Sunday, Sualauvi issued an order canceling the opening of parliament "until such time as to be announced and for reasons that I will make known in due course." Sualauvi was overruled in an urgent court hearing, but Parliament Speaker Leaupepe Toleafoa Fa'afis then declared parliament would not convene until a new proclamation from the head of state, effectively blocking access to the chamber for the new government to be sworn in.

The April election initially ended in a 25-25 tie between the FAST and HRPP parties. One independent candidate also won a seat. The electoral commissioner then appointed another HRPP lawmaker to conform to gender quotas and the independent candidate chose to go with FAST, leaving the parties tied again at 26-26.

On May 17, the election result was challenged in court. The court rejected a second election and the new HRPP appointment and confirmed the FAST party's win with 26 seats.