Security law not a threat to freedoms: Hong Kong leader 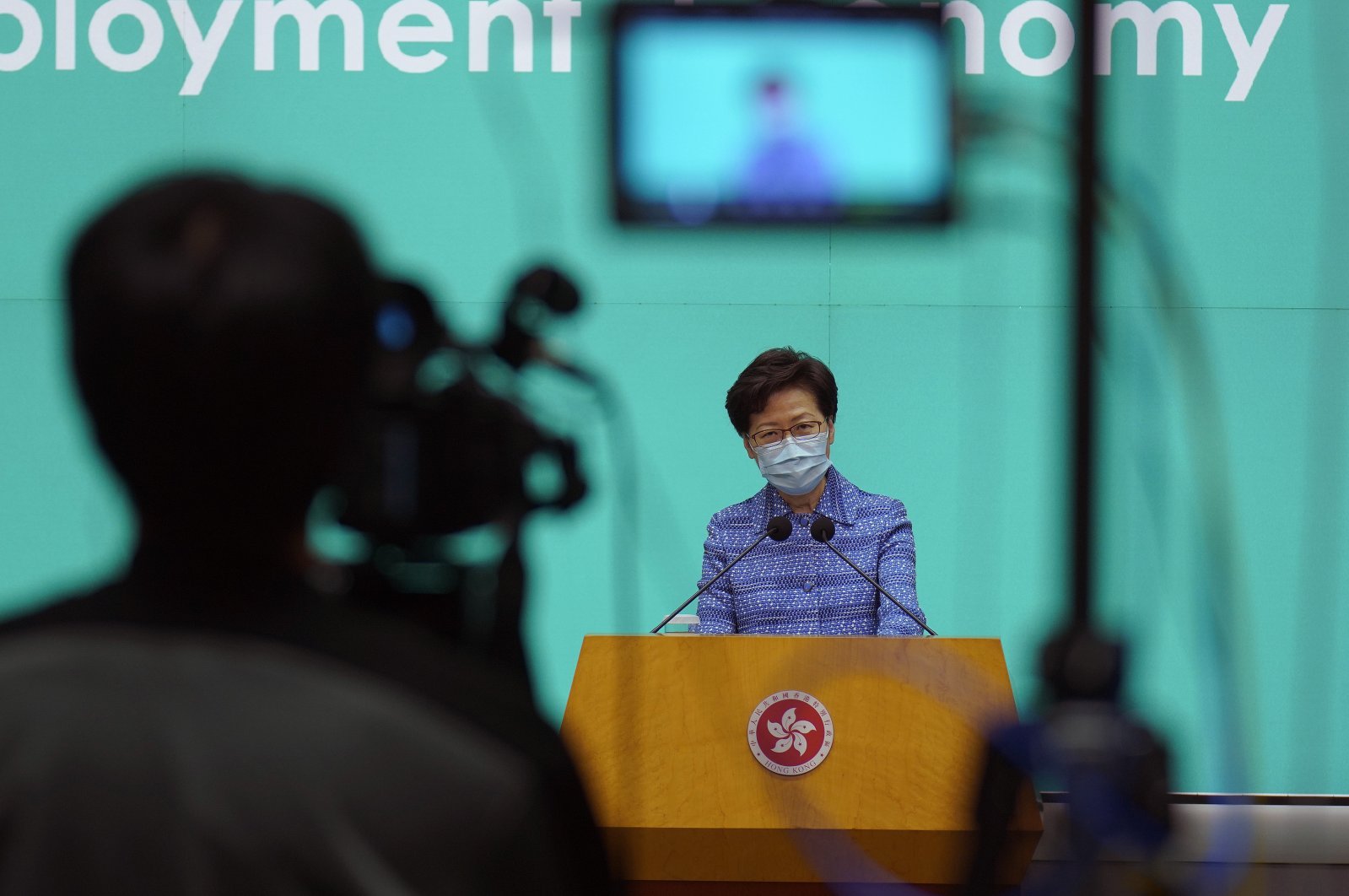 Hong Kong's leader said Tuesday that national security legislation proposed by China's legislature will not threaten the semi-autonomous territory's civil rights, despite widespread criticism of the move as an encroachment on freedom of speech and assembly.

The city's chief executive, Carrie Lam, told reporters that there was "no need for us to worry" over the move being considered by China's ceremonial National People's Congress.

"Hong Kong has proven that we uphold and preserve those values," Lam said. "Hong Kong needs this piece of legislation for the bigger benefit of the great majority of Hong Kong people.”

Lam also said that transit services would resume at Hong Kong's international airport on June 1, but that foreigners would still be banned from entering the city as part of measures to prevent a new wave of coronavirus infections.

The move by China to pass the legislation signals the central government’s determination to take greater control of Hong Kong after months of pro-democracy protests last year. Beijing has appointed new representatives in Hong Kong who follow the hard-line laid down by Chinese President Xi Jinping, who is also the head of the ruling Communist Party.

Such a move has long been under consideration and was hastened by last year’s street protests in the former British colony, which was returned to Chinese rule in 1997. Beijing promised that the territory could retain its own relatively liberal civil, legal and economic systems that contrast starkly with the much more centrally controlled and authoritarian system in mainland China.

The U.S. has sharply criticized the proposed legislation and threatened to withdraw preferential trade status for Hong Kong.

Some "foreign politicians” have "expressed untrue opinions” about the plan to impose the law on Hong Kong, Lam said, without giving details.

She repeated claims that the law would only target "a minority,” citing concerns about terrorism and subversion.

Protesters have returned to Hong Kong's streets to oppose the legislation, with thousands turning out on Sunday as police fired tear gas and deployed a water cannon to disperse the crowds. On Tuesday, over 100 protesters gathered at a luxury shopping mall in Hong Kong’s Central business district, condemning Lam and her administration.

The protests are a continuation of a monthslong pro-democracy movement that began last year and has at times descended into violence between police and demonstrators.

Hong Kong’s government is bound by Article 23 of the Basic Law – its mini-constitution – to enact laws to prohibit any act of treason, secession, sedition or subversion against China. It proposed legislation to do so in 2003, but withdrew it after hundreds of thousands of people came out to protest.

Beijing has increasingly pushed for measures such as punishment for disrespecting the Chinese national flag or anthem – as often seen at soccer games – along with a boost to pro-China patriotic-themed education in schools. However, opposition in Hong Kong’s Legislative Council makes it unlikely a national security bill could pass at the local level, prompting Beijing to utilize what some describe as dubious legal grounds to force the measures through at the national level.

The Chinese public is largely seen as backing Xi’s tough approach to foreign policy challenges, including criticism from the U.S., Australia and others. Xi has made an unswerving line on national interests a key signature of his rule since taking over leadership of the ruling party in 2012.

Abroad, however, that policy has further bolstered concerns about China’s intentions to dominate markets and assert its influence in the Asia-Pacific region. That may ultimately add to Xi’s difficulties in reviving economic growth and jobs at a time when global markets are partly shut due to the coronavirus pandemic and skepticism toward China runs high.