Show remorse and you will be safe, Taliban tells Afghan interpreters 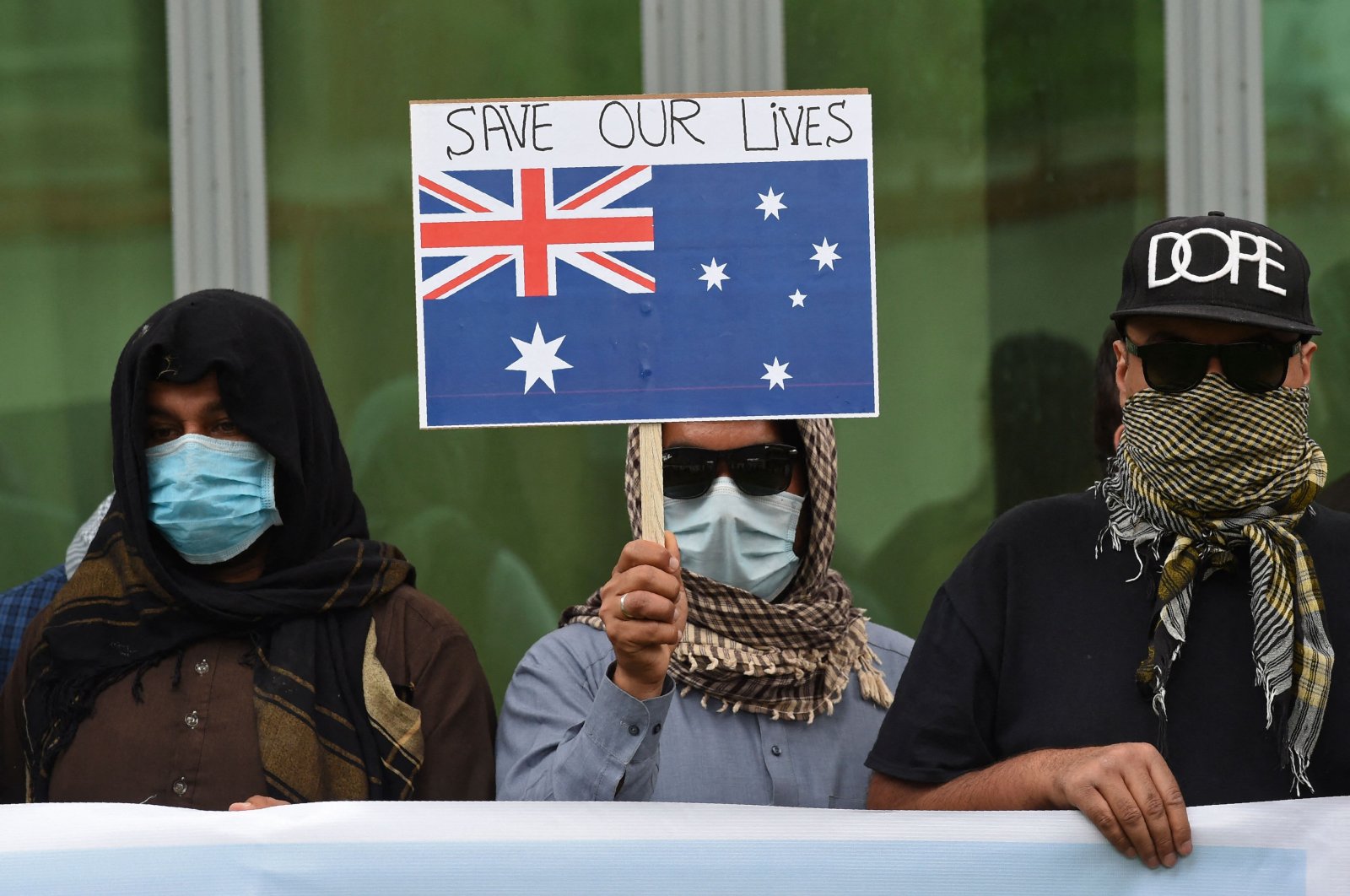 Afghan former interpreters for the U.S. and NATO forces gather during a demonstration on the eve of the beginning of Washington's formal troop withdrawal, Kabul, Afghanistan, April 30, 2021.
by Agencies Jun 07, 2021 12:23 pm
RECOMMENDED

The Taliban warned on Monday that Afghans who worked as translators for foreign forces in the past should show "remorse" in order to stay safe in the country as U.S. and NATO forces maintain their withdrawal campaign.

U.S. President Joe Biden set Sept. 11 as the deadline to end Washington's 20-year military involvement in the war-torn nation. Many interpreters have already left the country on their own while several have been relocated by their former employers, for fear that after the withdrawal they will be more vulnerable to revenge attacks from the insurgents.

"They shall not be in any danger on our part," the Taliban said in a statement. "The Islamic Emirate would like to inform all the above people that they should show remorse for their past actions and must not engage in such activities in the future that amount to treason against Islam and the country."

These Afghans were viewed as foes previously when they worked with foreign forces, they said. "But when they abandon enemy ranks and opt to live as ordinary Afghans in their homeland, they will not face any issues (and) hence they should not remain fearful."

Over the past two decades, dozens of Afghan translators have been killed and tortured in targeted assaults by the Taliban. In recent weeks, many of these Afghans have staged demonstrations in Kabul, demanding that the foreign forces and embassies that they worked with should relocate them outside of Afghanistan.

"They are tracking us," Omid Mahmoodi, an interpreter who worked with U.S. forces between 2018 and 2020, told Agence France-Presse (AFP) last week.

"The Taliban will not pardon us. They will kill us and they will behead us." Another interpreter Omar, who worked with the U.S. embassy for about 10 years, feared that without leaving the country he would not evade the Taliban for long.

"I regret working for the US. It was the biggest mistake of my life," said Omar, who asked AFP not to use his full name. "My own uncle and cousins call me an agent of America."

Many countries – including the United States, Germany and Britain – have programs to resettle their local staff. The applications of around 18,000 Afghans seeking a special immigration visa are currently pending at the U.S. Embassy in Kabul, according to embassy data. According to No One Left Behind, a U.S. nongovernmental organization, around 300 people who worked as local staff for the U.S. military or their family members have been killed since 2016. Thousands of others have already been resettled to the countries they have worked with.

Twitter users who support the Taliban also routinely express ideas about how the local staff should be dealt with after the troops have withdrawn. Many of those are not in line with Monday's statement. Last week the Taliban also tried to calm foreign embassies after the Australian mission shut down in Kabul. The insurgents said they would provide a "safe environment" for these missions to work even after foreign forces leave the country, as the Deutsche Presse-Agentur (dpa) reported.