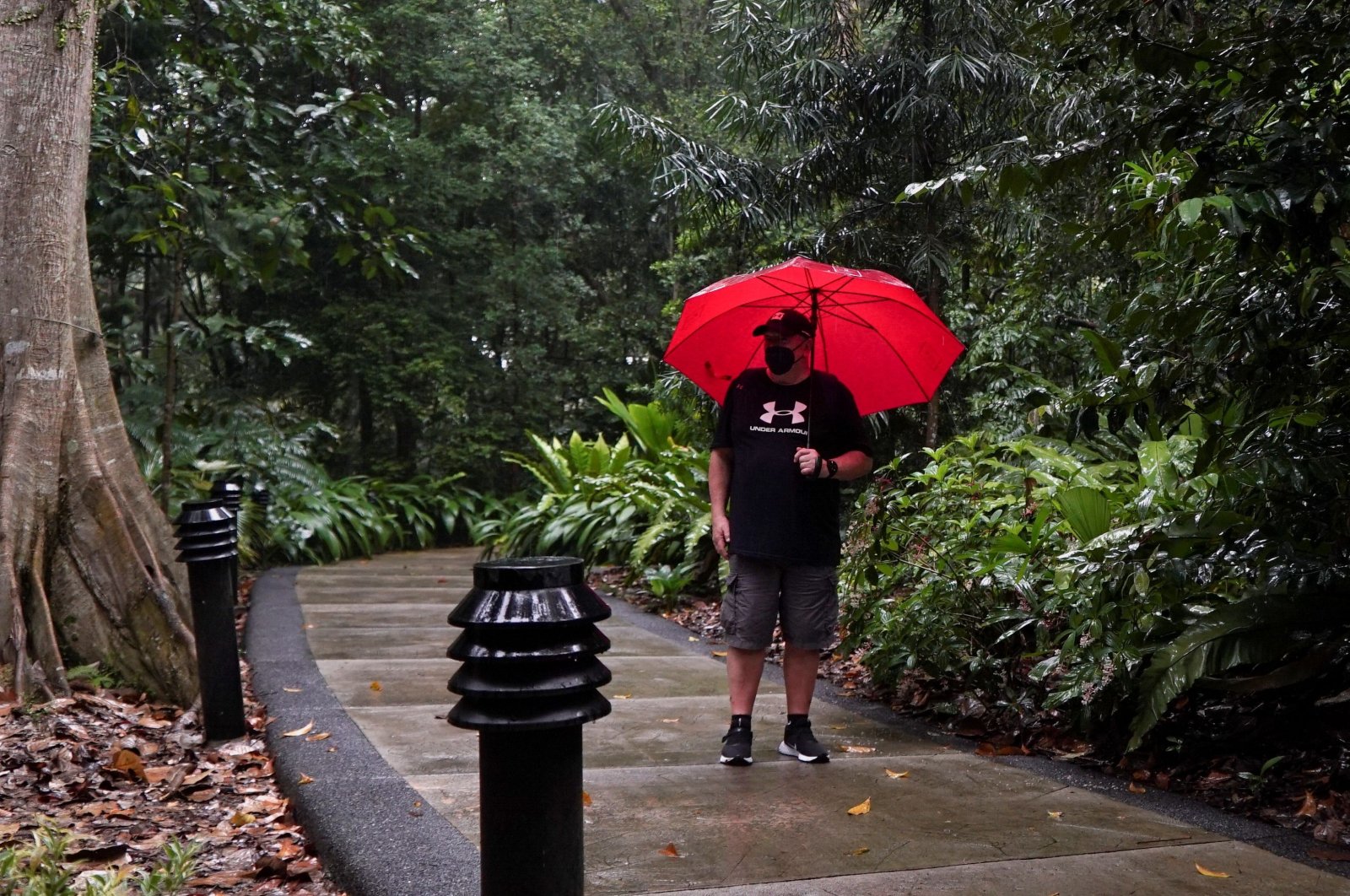 Singapore resident Graham George Spencer revisits the site where he was attacked by otters in late November, at the Singapore Botanical Gardens in Singapore, Dec. 11, 2021. (REUTERS)
by REUTERS Dec 11, 2021 5:20 pm

A morning walk in Singapore Botanic Gardens turned into a fight for survival when a British man ran afoul of a pack of wild otters, an encounter that left him with 26 wounds on his legs, fingers and buttocks.

Graham Spencer, in his 60s, was on his usual 6 a.m. walk in the gardens on Nov. 30, when a "convoy" of about 20 otters ambushed him, causing him to fall, and trampled and bit him.

Spencer escaped when his friend ran over to scream at the otters and pulled him away.

Animal welfare groups said it is rare for otters to attack humans unless they feel threatened. Spencer said he thought the otters mistook him for a runner who had run past him, stepping on one of the animals in the dim early morning light.

Spencer, a permanent resident of Singapore, said he hoped the authorities would put in place measures such as more solar-powered lights along the pathways.

"I weighed more than 200 pounds (91 kilograms) and I couldn't get up without my friend's help, if the otters had attack a girl or child, they surely could not have survived," Spencer said.

Singapore Botanic Gardens did not immediately respond to request for comment on Saturday.