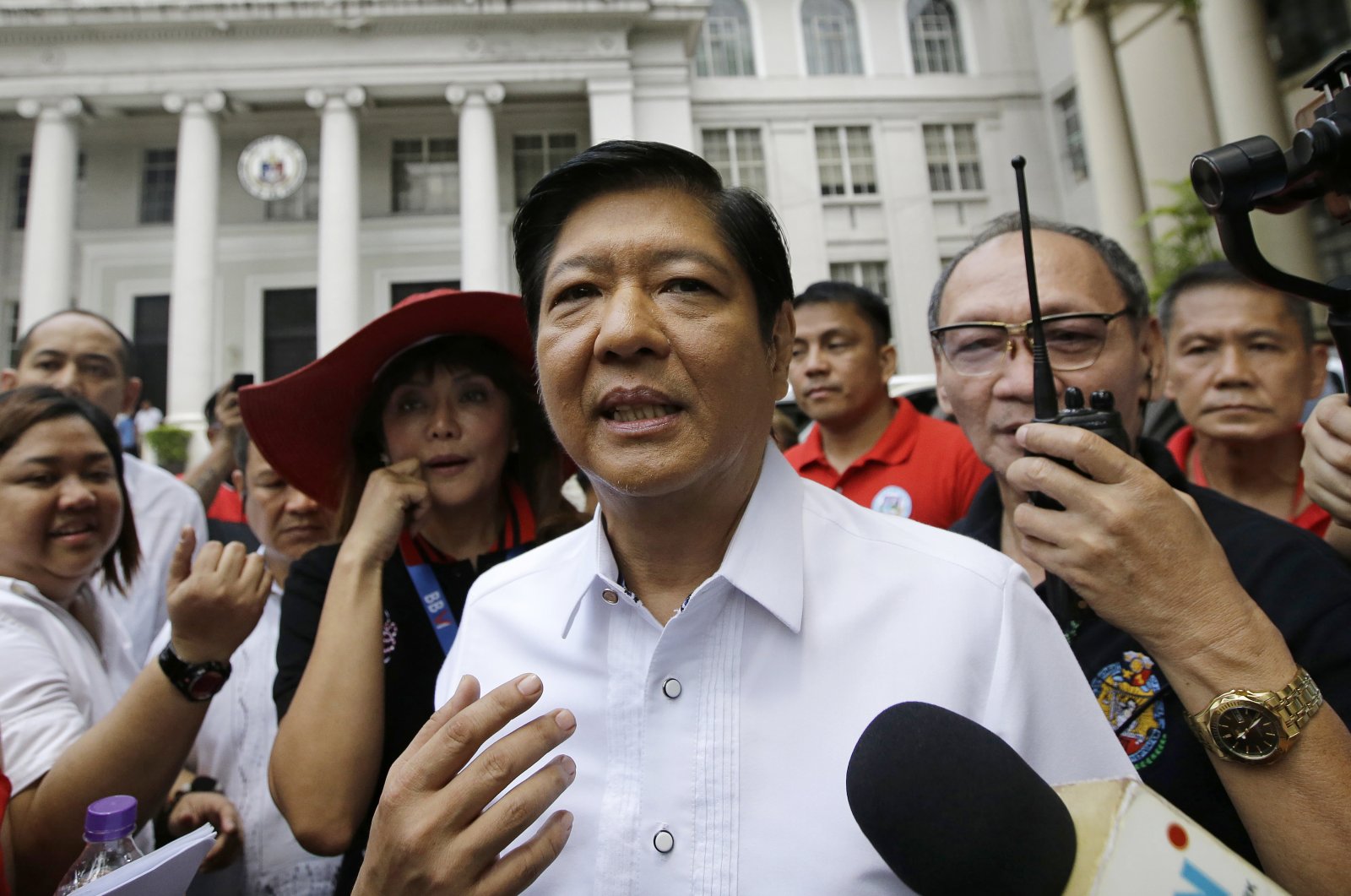 The son and namesake of the late Philippine dictator Ferdinand Marcos, who was toppled in a 1986 revolt, announced Tuesday that he would seek the presidency in next year’s elections in what activists say is an attempt to whitewash a dark period in the country’s history marked by plunder and human rights atrocities.

Former senator Ferdinand "Bongbong” Marcos Jr. said in a brief Facebook video that he would unite Filipinos to be able to overcome the coronavirus pandemic that has destroyed lives, battered the economy and brought widespread misery.

Issues surrounding the Marcoses, however, continue to stoke political divisions more than three decades after the dictator's downfall. "We must face the challenge as one – as one country, as one people,” Marcos Jr. said. "I will bring that form of unifying leadership back to our country.”

Loretta Ann Rosales, a former chairperson of the Commission on Human Rights and a political detainee who was tortured and molested during the Marcos era, said his presidential bid "seeks to institutionalize the dark, corrupt and tyrannical legacy of his father and sabotage our efforts to exact full accountability from his family.”

"We must not allow him to use his family's ill-gotten wealth to fund his presidential ambition, whitewash their crimes against the people and complete their quest for historical distortions," Rosales said.

Marcos was ousted in a 1986 army-backed "people power” uprising and died in exile in Hawaii three years later without admitting any wrongdoing, including accusations that he and his family amassed an estimated $5 billion to $10 billion while he was in power. Marcos placed the Philippines under martial rule in 1972, a year before his term was to expire. He padlocked Congress, ordered the arrest of political rivals and left-wing activists and ruled by decree.

A Hawaii court found Marcos liable for human rights violations and awarded $2 billion from his estate to compensate more than 9,000 Filipinos who filed a lawsuit against him for torture, incarceration, extrajudicial killings and disappearances. Marcos Jr., 64, is the latest to express his intention to succeed President Rodrigo Duterte, an ally of the Marcoses who has been in the crosshairs of human rights groups himself.

Marcos Jr. is one of at least eight politicians and celebrities who said they'll run for president or lower posts, including Vice President Leni Robredo, who leads the opposition. Marcos Jr. narrowly lost to Robredo in the 2016 vice presidential race and then unsuccessfully contested alleged elections irregularities.