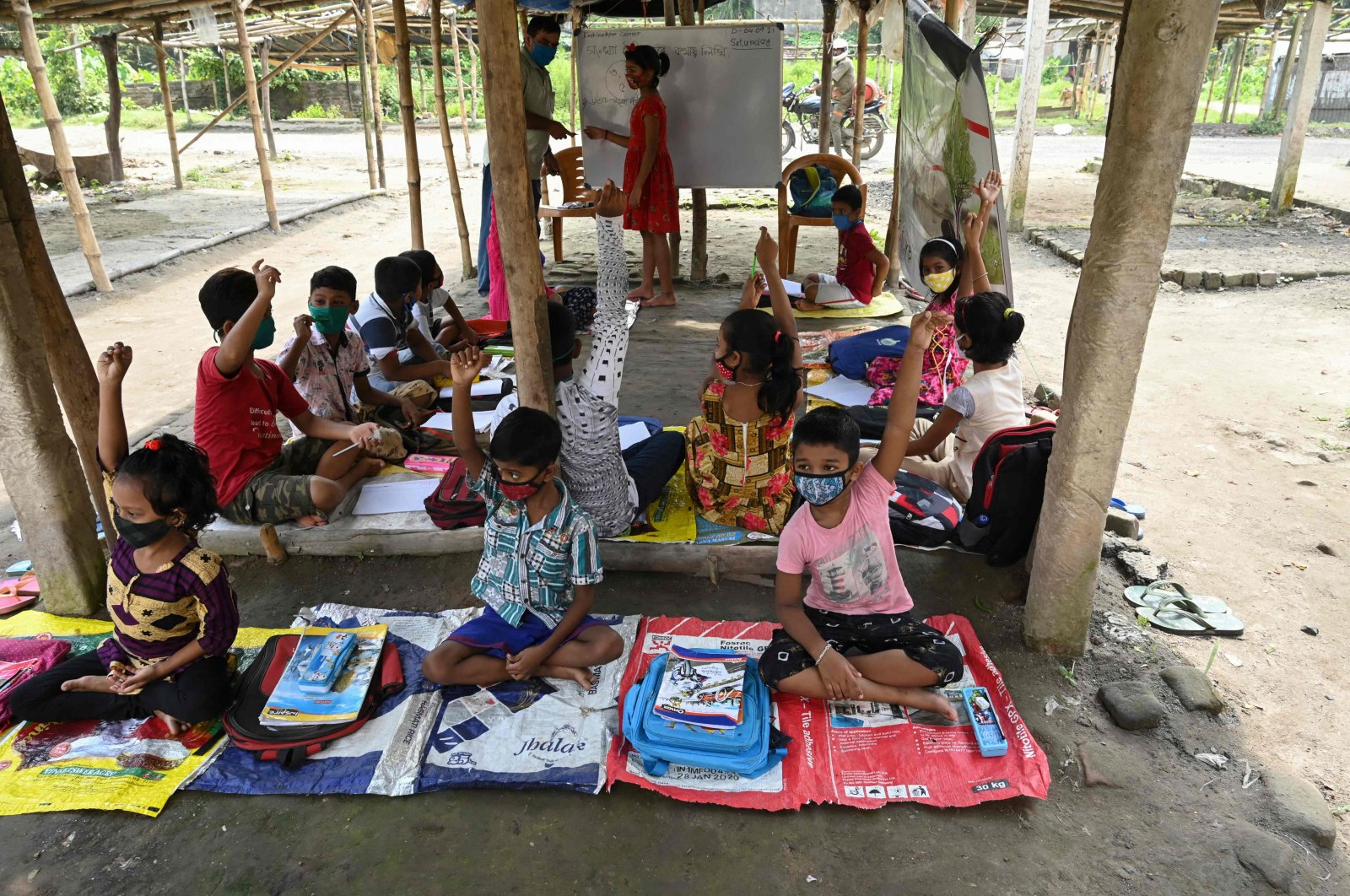 Children attend a class organized by a nongovernmental organization (NGO) as schools remain closed in West Bengal state due to COVID-19 restrictions, at a temporary market site on the outskirts of Kolkata, India, Sept. 4, 2021. (AFP Photo)
by REUTERS Sep 09, 2021 1:37 pm
RECOMMENDED

Hundreds of millions of children in South Asia are suffering because their schools have been closed due to the coronavirus but they lack online devices and connections for remote learning, UNICEF said Thursday.

Authorities should prioritize the safe reopening of schools because even before the pandemic, almost 60% of children in the densely populated region were unable to read and understand a simple text by the age of 10, the United Nations children's agency said.

"School closures in South Asia have forced hundreds of millions of children and their teachers to transition to remote learning in a region with low connectivity and device affordability," said George Laryea-Adjei, UNICEF's regional director for South Asia. "Even when a family has access to technology, children are not always able to access it. As a result, children have suffered enormous setbacks in their learning journey."

The repeated school closures since last year had affected 434 million children in South Asia and a substantial proportion of them were learning significantly less compared with pre-pandemic levels, UNICEF said in a report based on research in India, the Maldives, Pakistan and Sri Lanka.

In India, 80% of children aged 14-18 reported lower levels of learning than when physically at school. In Sri Lanka, 69% of parents of primary school children said that their children were learning less or a lot less. In Pakistan, 23% of younger children did not have access to any device for remote learning. In India, 42% of children between the ages of 6 and 13 reported no remote learning during school closures.

"The safe reopening of schools must be considered an utmost priority for all governments," said George Laryea-Adjei.

Indian epidemiologists and social scientists have asked authorities to reopen classes for all children, saying the benefits outweigh the risks, especially as poor, rural children are missing out on online education.