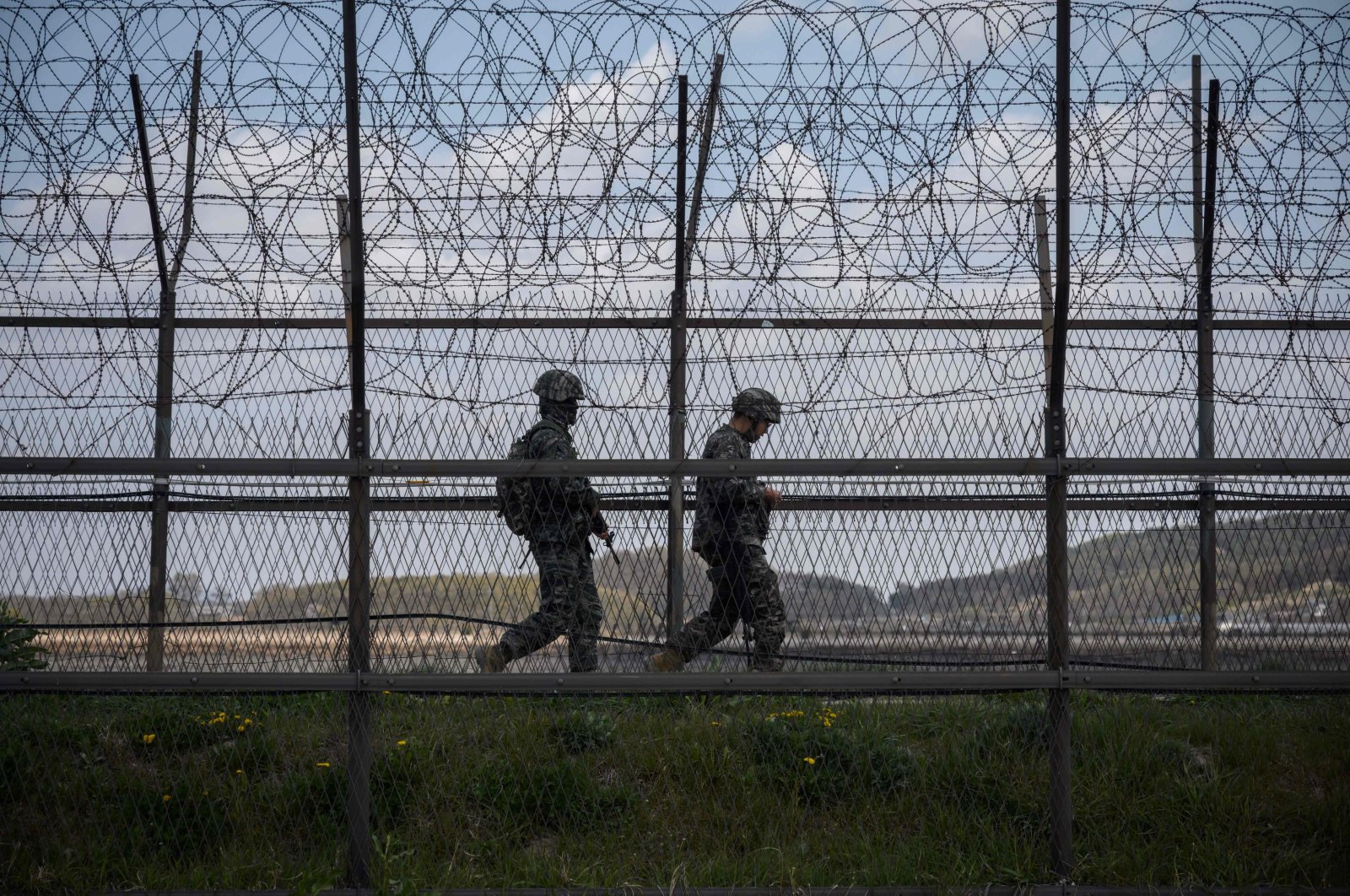 South Korea said Monday it protested to North Korea over the exchange of gunfire inside their heavily fortified border that it says the North started.

South Korea said several bullets fired from North Korea hit one of its frontline guard posts on Sunday before South Korean troops fired 20 rounds of warning shots in response. It was the first shooting inside the Demilitarized Zone in about two and a half years, but there were no known casualties on either side, according to South Korean defense officials.

The 248-kilometer-long (155-mile-long) Demilitarized Zone bisects the Korean Peninsula and is guarded by mines, barbed wire fences and combat troops on both sides. It was formed as a buffer after the end of the Korean War and officially is jointly overseen by North Korea and the American-led U.N. Command.

The U.N. Command said in a statement Monday that it was investigating if there was a violation of an armistice that ended the Korean War. South Korean military spokesman Kim Joon Rak declined to comment on the U.N. Command investigation.

The gunfire exchange happened two days after North Korean leader Kim Jong Un made a public appearance that ended a three-week absence that prompted intense rumors about his health. It also came amid deadlocked U.S. diplomatic efforts to rid North Korea of its nuclear weapons.

"Handful of shots came across from the north; we think those were accidental," he said on ABC's "This Week."

"South Koreans did return fire. There was no loss of life on either side," he added.

Pompeo declined to comment on what the U.S. knew about the North Korean leader's absence, or whether it was linked to a rumored health issue.

"We have seen the same images from yesterday that the world saw. It looks like Chairman Kim is alive and well," he said.

Some observers doubt it was accidental and said North Korea could plan more provocation to try to wrest diplomatic concessions.